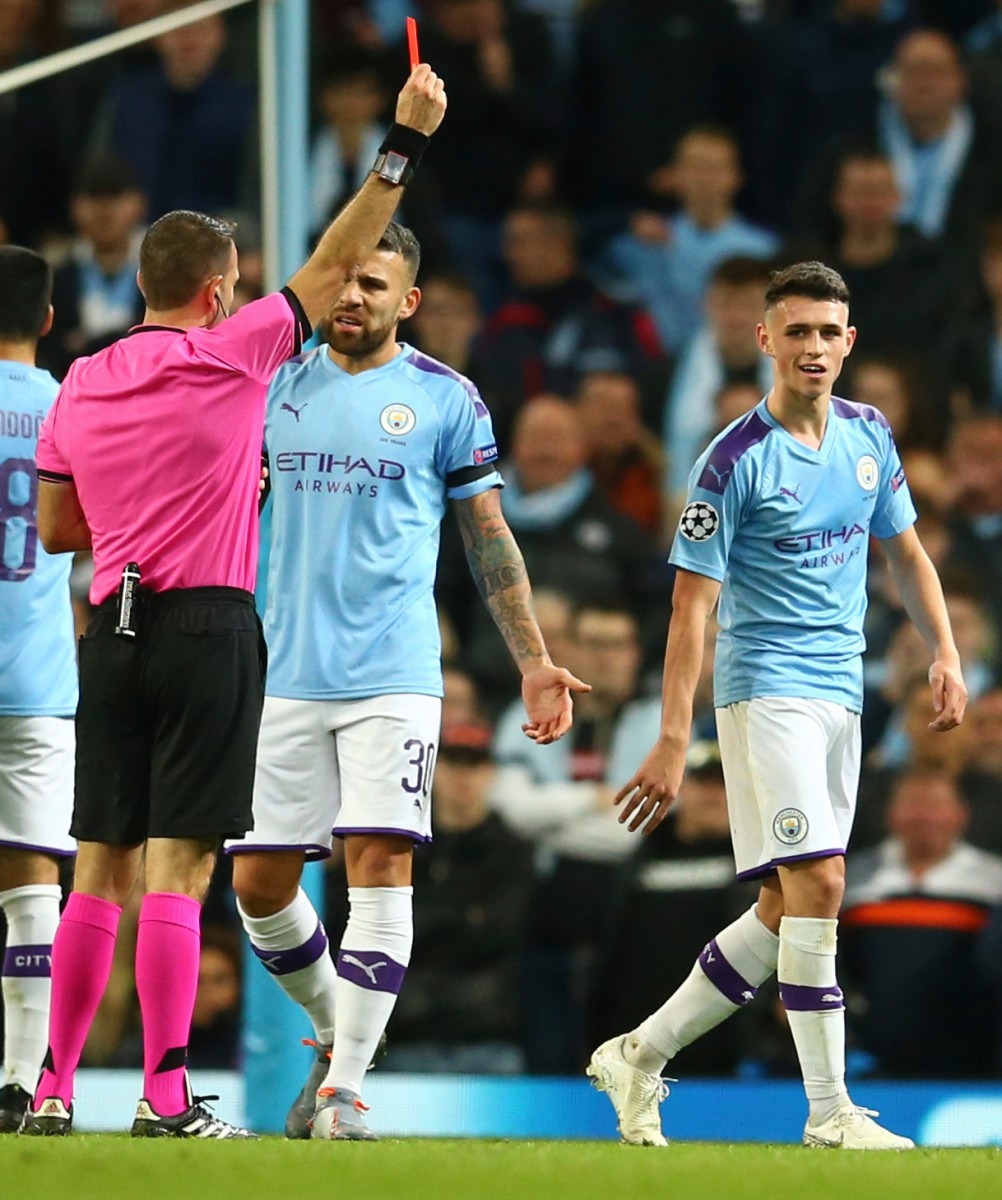 PHIL FODEN saw red for the first time in his career on a rare Manchester City run-out.

The youngster was making just his second start of the season as City hosted Atalanta in the Champions League, following his involvement against Preston in the Carabao Cup.

But he headed for an early bath eight minutes from time when he was sent off by referee Orel Grinfeld for a second yellow card.

In truth, both cautions appeared harsh.

The first, on 77 minutes, came after a tangle with Ruslan Malinovskiy in midfield.

The second for a slight tug on Marten de Roon. But the ref was having none of it, giving the 19-year-old his marching orders.

The red card, though, took little away from what was a fine performance from the teenager.

Lining up in midfield with Ilkay Gundogan and Kevin De Bruyne helps, of course, but academy-graduate Foden was in his element.

He came off the bench to score against Dinamo Zagreb in the last Champions League game and could easily have grabbed another goal tonight.

But instead of lashing home from close range, he tapped the ball to Raheem Sterling to smash in for his first goal of the night – the England winger went on to complete his second hat-trick of the season as City came from behind to win 5-1.

And Pep Guardiola was in no mood to criticise Foden on his performance despite the sending off.

The City boss said: “He doesn’t have to prove anything to me. He wouldn’t be here with us otherwise.

A first red-card for the youngster

82. RED CARD | Phil Foden's night is cut short as he picks up his second yellow card of the night. Down to ten.

“I was the guy who told him to come and train with us.

“No-one trusts Phil more than me. The other ones didn’t play.