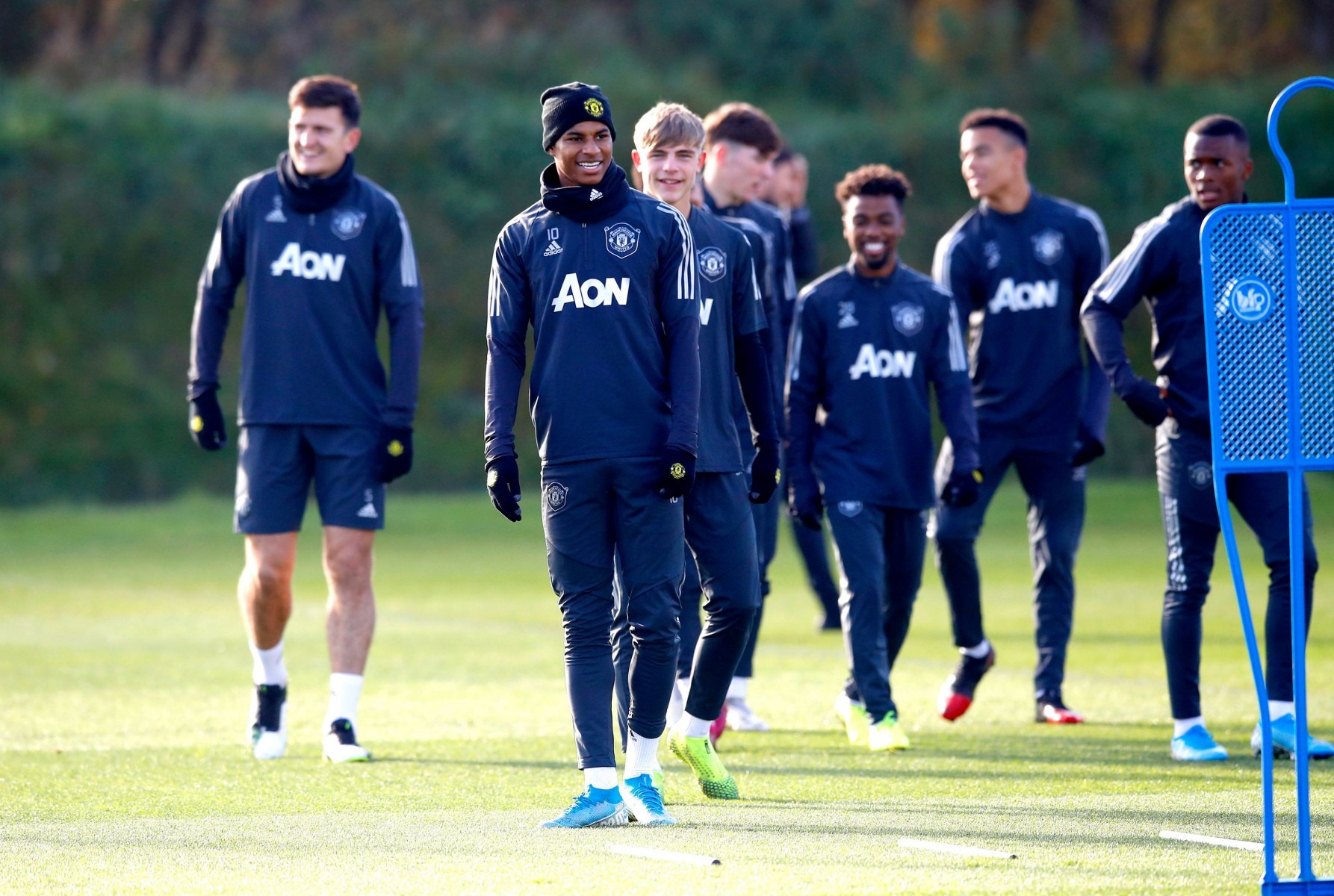 It was a surprise to see the Spanish goalkeeper named in the starting XI for Sunday’s draw with Liverpool but he hasn’t trained since due to a groin problem.

Paul Pogba also sat out the day’s workout after Ole Gunnar Solskjaer confirmed the midfielder was due for a foot scan on Monday.

A hamstring injury continues to keep Luke Shaw on the sidelines and fellow full-back Diogo Dalot confirmed his own absence on Twitter earlier in the week.

Nemanja Matic picked up a knock while away with Serbia and Axel Tuanzebe injured his hip while warming up for the Reds match-up.

The good news arrived in the form of Jesse Lingard.

The England midfielder was able to train after shrugging off a hamstring injury.

During the Newcastle game, as you all know I picked up an Injury, I am now recovering, and already looking forward to joining back up with the team as soon as possible to help the boys get back to where we belong! #MUFC

And he was joined by academy defender Ethan Laird in Wednesday’s session before the squad’s evening flight to Serbia.

United kick-off in Belgrade at 5.55pm on Thursday against the side top of Group L.

A 0-0 draw at AZ Alkmaar kept the Red Devils on course to qualify for the knockouts but Solskjaer will be expected to finish first and secure a seeding for the last-32.