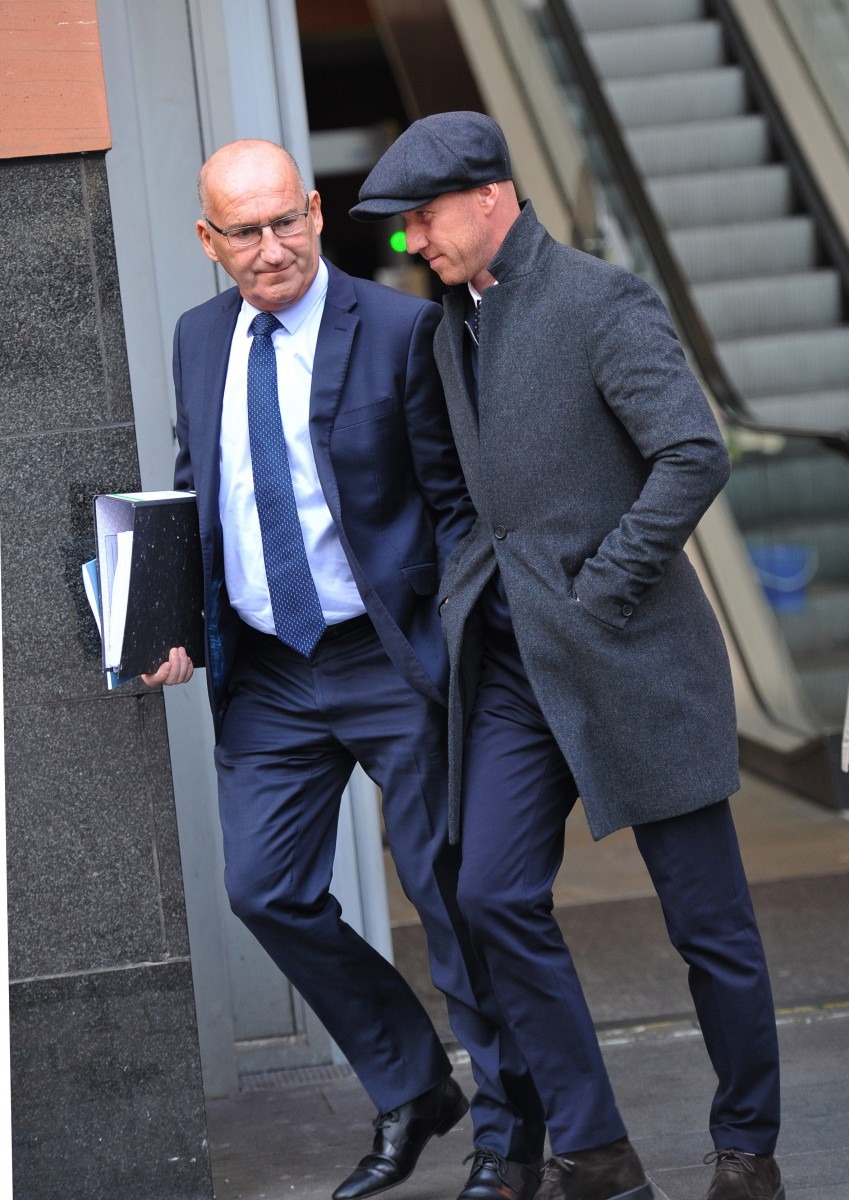 The 44-year-old is accused of attacking Shelley Butt at an address in Hale, Greater Manchester, on April 16.

He attended Manchester Magistrates’ Court today for a brief hearing in which he pleaded not guilty to the assault by beating of Shelley Butt, who has reverted to her maiden name, Shelley Barlow.

He also denied causing 800 of criminal damage to an Apple iPhone 7 belonging to Ms Barlow.

Both offences are said to have taken place on April 16.

Greater Manchester Police previously said they were called to a property in Hale on April 16 and that a woman had suffered a small cut to her hand which did not require hospital treatment.

Lisa Roberts QC, representing Butt, who is head of coaching at the Manchester United youth academy, said it would be her client’s case that he didn’t know how his estranged wife hurt her hand and the damage to the phone was accidental after it was thrust into his face.

A trial date of February 27 was set to be heard at the same court and is scheduled to last two days.

A pre-trial review will take place on January 9.

Butt was granted bail and was told he did not need to attend court on January 9 but that he would be committing a bail offence if he was absent at his trial.

The 44-year-old, one of the esteemed class of ’92, won a string of Premier League titles in his glittering playing career at Old Trafford.

He also played in the club’s dramatic last-gasp 2-1 victory over Bayern Munich in the 1999 Uefa Champions League final and starred for England at the 2002 World Cup in Japan and South Korea.

Following his arrest in April, it was reported that, months earlier, he had separated from his wife of 11 years with whom he has two children.