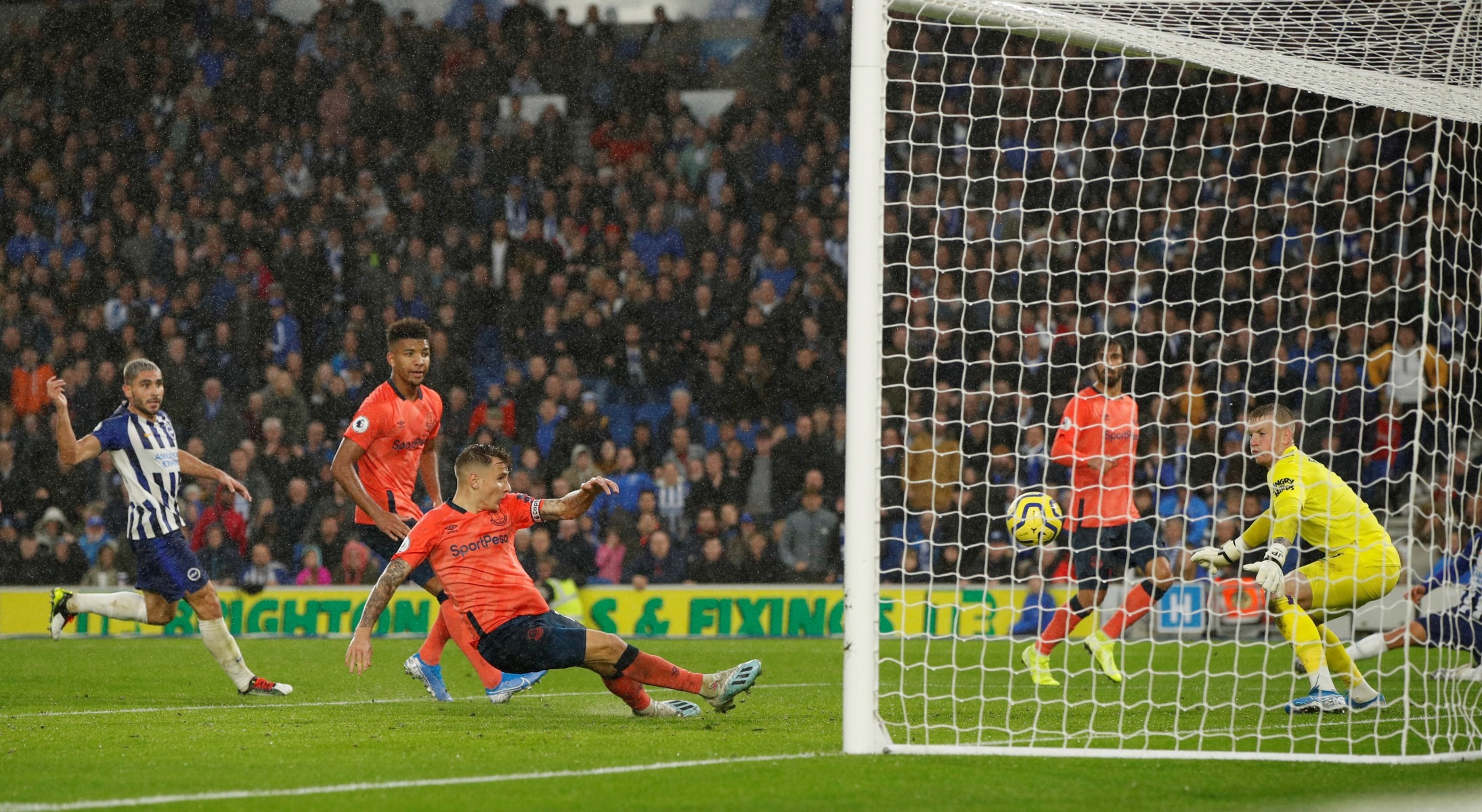 LUCAS DIGNE scored a embarrassing last-gasp own goal to pile more pressure on his own manager Marco Silva.

The left-back turned in Leandro Toussard’s low cross into his own net to leave Everton still searching for their first away win of the season.

The Toffees appeared to be heading for three points when Dominic Calvert-Lewin brilliantly fired past Mathew Ryan in the 74th minute.

But their celebrations were short lived when Michael Keane was adjudged to have fouled Aaron Connolly in the box.

Replays showed the England international would have felt hard done by with the substitute going down under little pressure.

Maupay, 23, kept his composure to bag his fourth goal of the season.

Pascal Gross opened the scoring with a thunderbolt in the first half before Adam Webster’s own goal brought Everton level five minutes later.