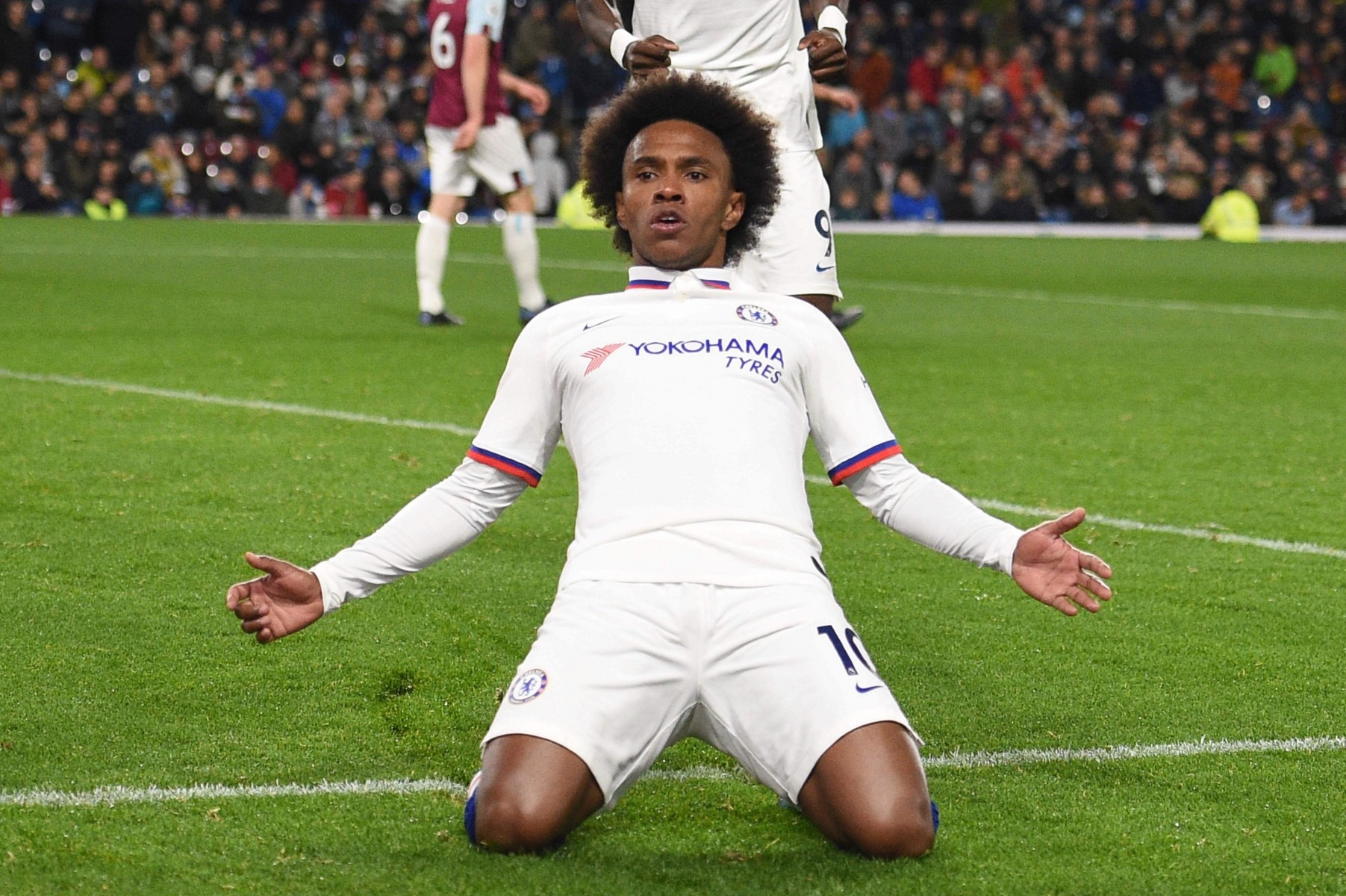 CHRISTIAN PULISIC was the stand-out man as Chelsea thrashed Burnley 4-2.

But Willian and Mason Mountwere almost his equals in the Premier League clash at Turf Moor.

Goalie made a couple of good saves in the first half to deny Burnley a goal.

Captain looks to be improving each game and was ever-reliable down the right.

Solid at the back and confident with his passing after being moved to the right centre-back position.

Getting better and better, with his performance epitomised by an incredible goal-saving penalty-area tackle.

Provided plenty of attacking threat down the left but looked slightly tired after his recent run in the side.

Looks like a different player to last season and provided attackers a base from which to build.

Tidy on the ball as usual and quick to recover when out of possession.

Tricky as ever and delivered quality cross for Pulisics third goal.

Brazilian was on top form with an assist and a fine strike.

Solid performance from the young striker but he will have felt disappointed not to get on the score sheet.

Man-of-the-match performance from Captain America, who became the youngest-ever Chelsea player net a hat-trick in the Premier League.

Came on for Marcos Alonso and immediately blocked two shots to keep Burnley at bay.

Replaced Tammy Abraham and did well in his link-up play with the wingers.

Took to the field in place of Willian but was booked for a dive in the Burnley penalty area after a check by VAR.