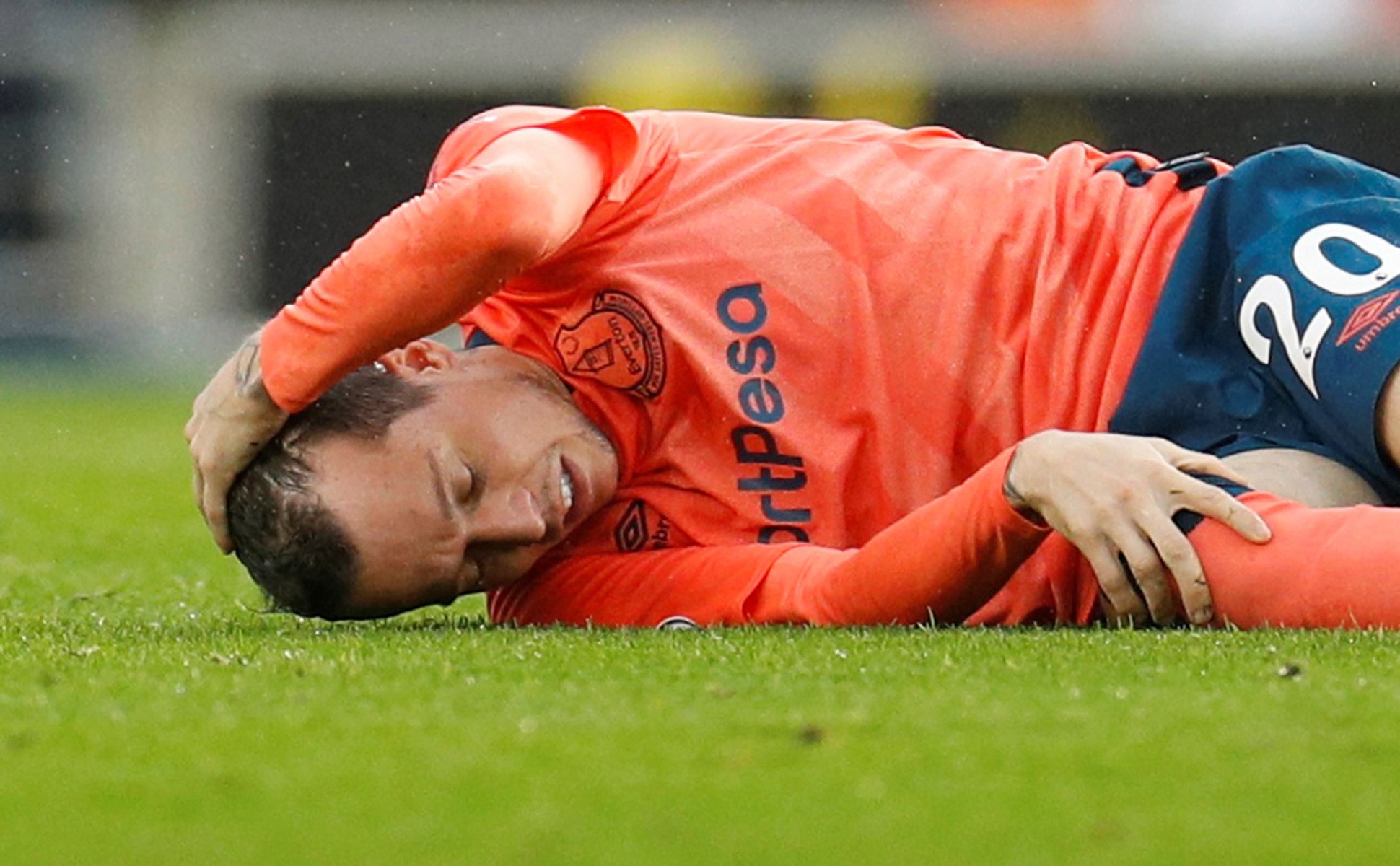 MARCO SILVA was dealt another blow when he was forced to withdraw Bernard after 29 minutes in Everton’s away match against Brighton.

The diminutive Brazilian fell awkwardly off the ball on the slippery, sodden turf and appeared to injure his knee in the process.

It followed an eventful opening period that saw the Toffees fall behind to a Pascal Gross freekick.

Silva’s side then equalised when Richarlison’s header from a corner was deflected in by Seagulls defender Adam Webster.

Bernard’s reintroduction to the starting XI last week against West Ham helped spark his team into life – scoring the first in a much needed 2-0 Everton win.

The 27-year-old had previously started just one of his side’s last five league matches.

The Icelandic midfielder made an impact when called upon, however, curling home a beauty to seal the three points.

And it was Sigurdsson who was called upon to replace Bernard at The Amex.

Everton fans were gutted about their 14-cap Brazilian’s injury.

One moaned on Twitter: “Are we jinxed with injuries? Bernard gets his 1st run in ages, slips on the pitch and gets injured? Will prob be out for weeks now…ffs”.

While another said: “Ah gutted hope thats not a legitimate injury #bernard”.

And one even blamed the club’s owner: “Im blaming Kenwright for Bernards injury.”

Everton went into the weekend’s fixtures sitting a disappointing 15th in the Premier League table – having won just three of their opening nine games.