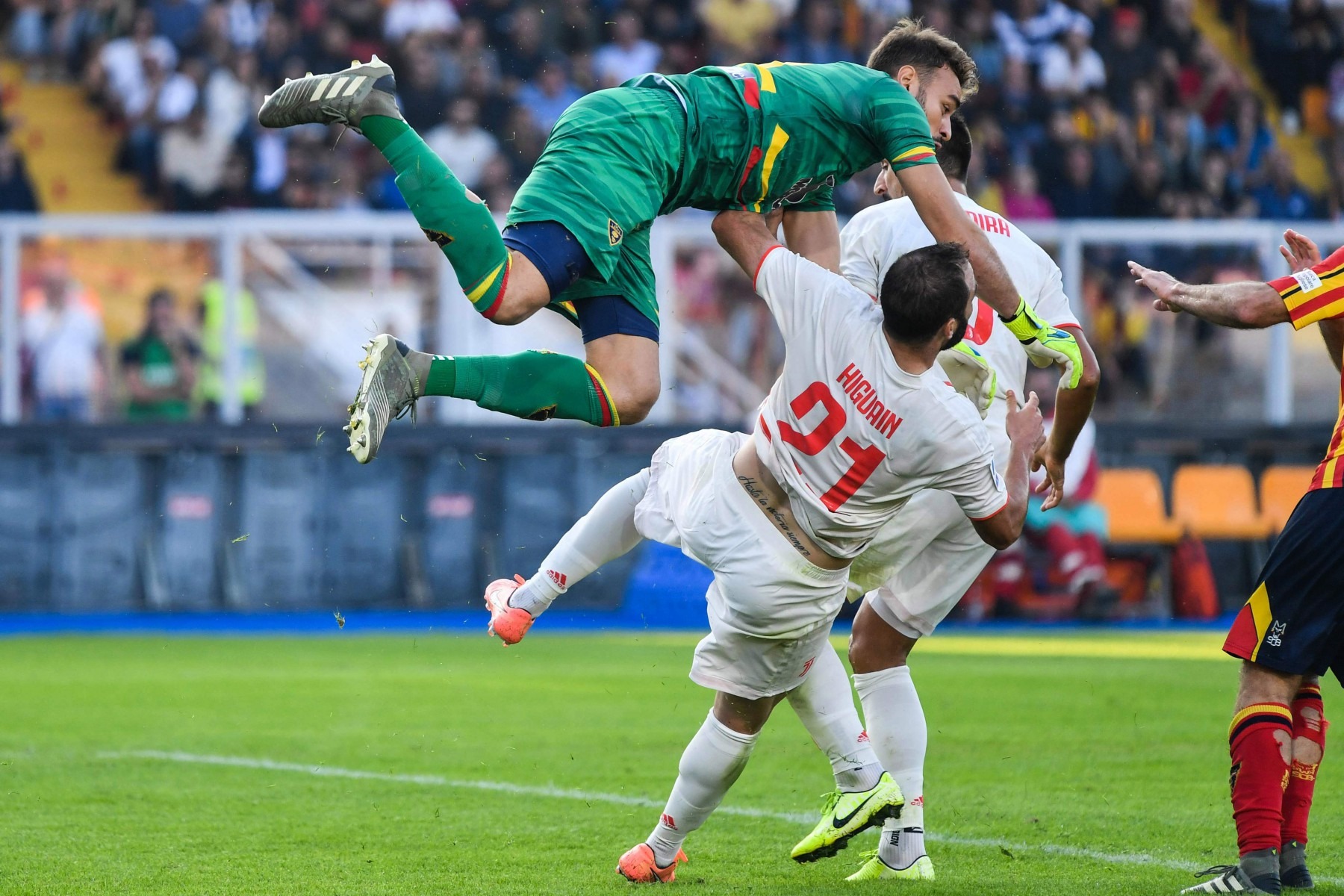 GONZALO HIGUAIN had to be stretchered off despite playing on in Juventus’ draw with Lecce after a nasty blow to the head.

As the Serie A leaders chased a winner at Stadio Comunale Via del Mare, he collided with Brazilian keeper Gabriel.

Pictures show how blood immediately poured out of a cut on Higuain‘s forehead as physios attended to him.

A huge bandage was wrapped around the striker’s head before he amazingly played on.

But there will be big questions over why he was allowed to do so after he required a stretcher to leave the pitch at full-time.

Higuain, 31, did not appear to be knocked out by the blow but could have been concussed to some extent.

After the 1-1 draw, it was confirmed he was taken to hospital for checks.

The incident provided Juventus with seven minutes of stoppage time to try and find a winner but left Lecce with just a point.

It was a tale of two penalties with Marco Mancosu levelling up after Paulo Dybala’s spot-kick.

Cristiano Ronaldo was rested for the game by coach Maurizio Sarri.

And the Old Lady will lose their lead atop Serie A later on Saturday if Inter Milan claim victory at home to Parma.