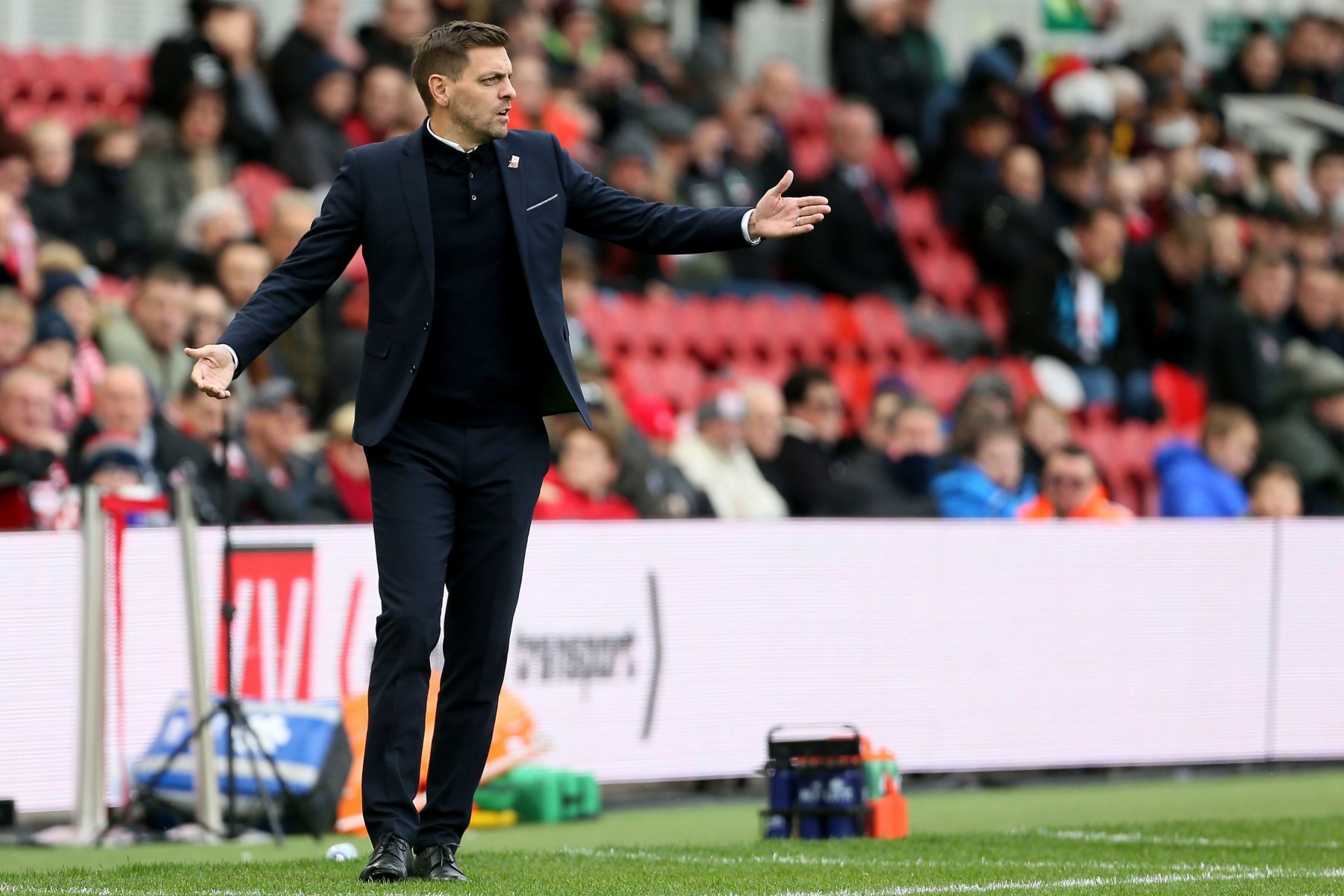 ALL JONATHAN WOODGATE wants for Christmas is a striker as blunt Boro slipped into the bottom three despite having a man advantage for over 70 minutes against Fulham.

Its hard not to feel sorry for the young Middlesbrough boss, whose sides performances have improved ten-fold over the past week.

But a third successive blank in front of goal has heaped even more pressure and scrutiny on the Teessider after they were held by Scott Parkers ten-men at The Riverside.

The hosts were forced into a reshuffle before kick off as Ryan Shotton failed a late fitness test, leading to Woodgate to switch to 3-5-2 as he paired Britt Assombalonga alongside Ashley Fletcher in attack as he went in search of a much-needed win.

And it could have been the latter that opened the scoring with just nine minutes on the clock.

Marcus Tavernier charged forward on the counter and fed the ball to his right for Fletcher as the ex-Manchester United and West Ham ace turned his man to open up space for the shot, but he skied it high over the bar from the edge of the area.

Fulham were enjoying plenty of possession but their hopes of returning south with all three points suffered a huge blow after just 17 minutes.

Another Boro breakaway caught the visiting defence off-guard when Jonny Howson beat the offside trap to go clean through.

But he was met by the onrushing Marek Rodak, who raced out of his goal and stopped Howsons flick over him with an arm ten yards outside the area, leaving the referee with no choice but to give him his marching orders.

Sensing their opportunity, the Teessiders pushed on and there was another chance for Fletcher as he failed to connect properly with a Hayden Coulson cross.

However, Woodgates men had teenage keeper Aynsley Pears to thank as he dived to tip away a Bobby Decordova-Reid cross from path of the waiting Aleksandar Mitrovic six yards out.

It was Boro doing the pressing as the opening period drew to a close with Assombalonga heading wide of the upright during a strong finish despite neither team registering a shot on target.

The second half began with the home side dominating possession but they appeared to be lacking ideas in the final third, with the visiting defence easily keeping them at bay.

And they even had a cheeky chance of their own to take the lead when Decordova-Reid pounced on a Lewis Wing error near half-way, but instead of playing in Mitrovic, he opted to go for glory from 50 yards out but Pears was easily able to catch his speculative effort.

No side had scored fewer in front of their own fans in the Championship this season than Boros tally of five, and in an effort to add to that total Marcus Browne was introduced to the action in place of George Saville in an attempt to conquer up some magic and a breakthrough.

However, within seconds it was Fulhams Mitrovic who nearly broke the deadlock as he headed inches over the crossbar from eight yards out after rising to meet Joe Bryan cross from the left.

Boro continued to huff and puff and were denied by the post as Wings free-kick from 25 yards cannoned back off the woodwork as frustration began to mount entering the final 20 minutes.

Then, with the final kick of the game, McNair found himself free in the area, but his powerful drive from 12 yards was drilled straight at sub stopper Marcus Bettinelli as goal-shy Boro fired another blank.