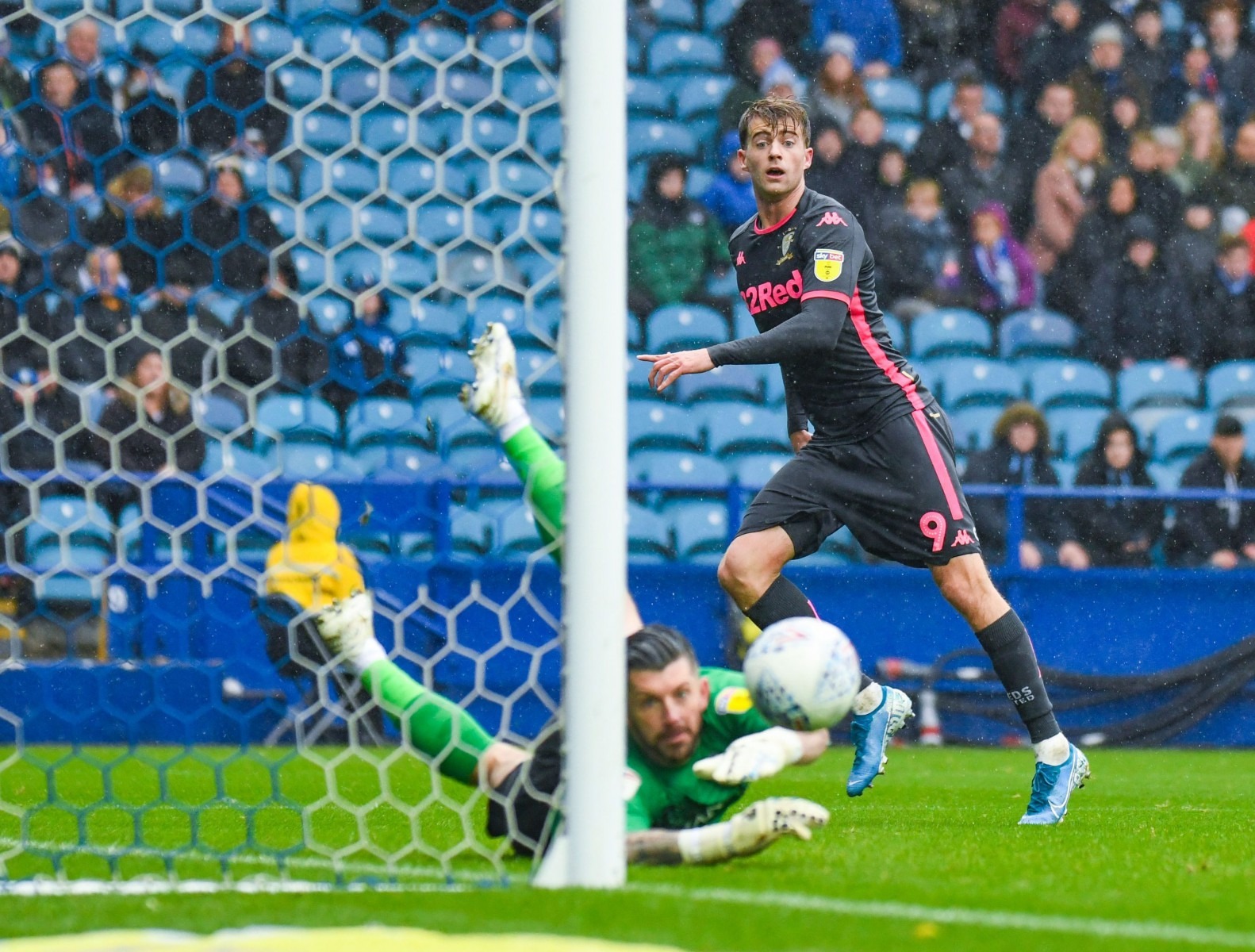 LEEDS fans were fuming as Sheffield Wednesday goalkeeper Kerien Westwood put on a “typical performance” to preserve his clean sheet in the Yorkshire derby.

The Irishman was in inspired form at Hillsborough this afternoon as the game finished goalless.

Both sides knew a win would take them top of the Championship table ahead of West Brom’s game with Charlton.

But despite their huffing and puffing, Leeds could not find a way past Westwood.

The Wednesday stopper made a flying save just before half-time to somehow turn Patrick Bamford’s header around the post.

And later on he parried Eddie Nketiah’s effort as Leeds fans vented their frustration on social media, suggesting his performances against the Elland Road club make him look like the world’s best goalkeeper.

One wrote: “Westwood with his typical performance against us.”

Another said: “If Kieran Westwood vs Leeds every week he’d be the best in the world! Overall I think it was a fair result HOWEVER the ref and assistants were appalling for both teams.”

A third added: “Death, taxes, and Westwood having a worldie against Leeds.”

One fan typed: “You’d think Westwood would tire of saving with his fingertips against Leeds after all these years…but seemingly not.”

And a final user commented: “Would have taken a point before the game as Monk did the double over us last season and Westwood always has a great game against Leeds.”

Earlier on, supporters blasted manager Marcelo Bielsa for leaving on-loan Nketiah out of the starting line up and sticking with Bamford instead.

That is despite the Arsenal youngster’s far superior goal-to-minute ratio this season.

But Nketiah played down the rivalry and said: “I was glad to get on, I tried to add a bit of life to the attack.

“The keeper saved my effort. They are a difficult team coming away with a draw.

“It is the manger’s decision ultimately – all I can do is keep working hard.

But Nketiah could be in hot water after allegedly striking Joey Pelupessy with an elbow.

No card was shown by the referee but he could be slapped with a retrospective three-game ban as fans on Twitter were outraged by the clash.

Westwood in general vs Westwood when he plays against us #lufc pic.twitter.com/iv64QvCjLv

Death, taxes, and Westwood having a worldie against Leeds #LUFC

One fumed: “Lucky lad there Nketiah ref sees that and hes walking off the pitch.”

Another raged: “If VAR sees that Nketiah gets sent off.”

And a third blasted: “Nketiah should be off thats poor from the officials.”

If Kieran Westwood vs Leeds every week he'd be the best in the world!

Westwood with his typical performance against us. #LUFC