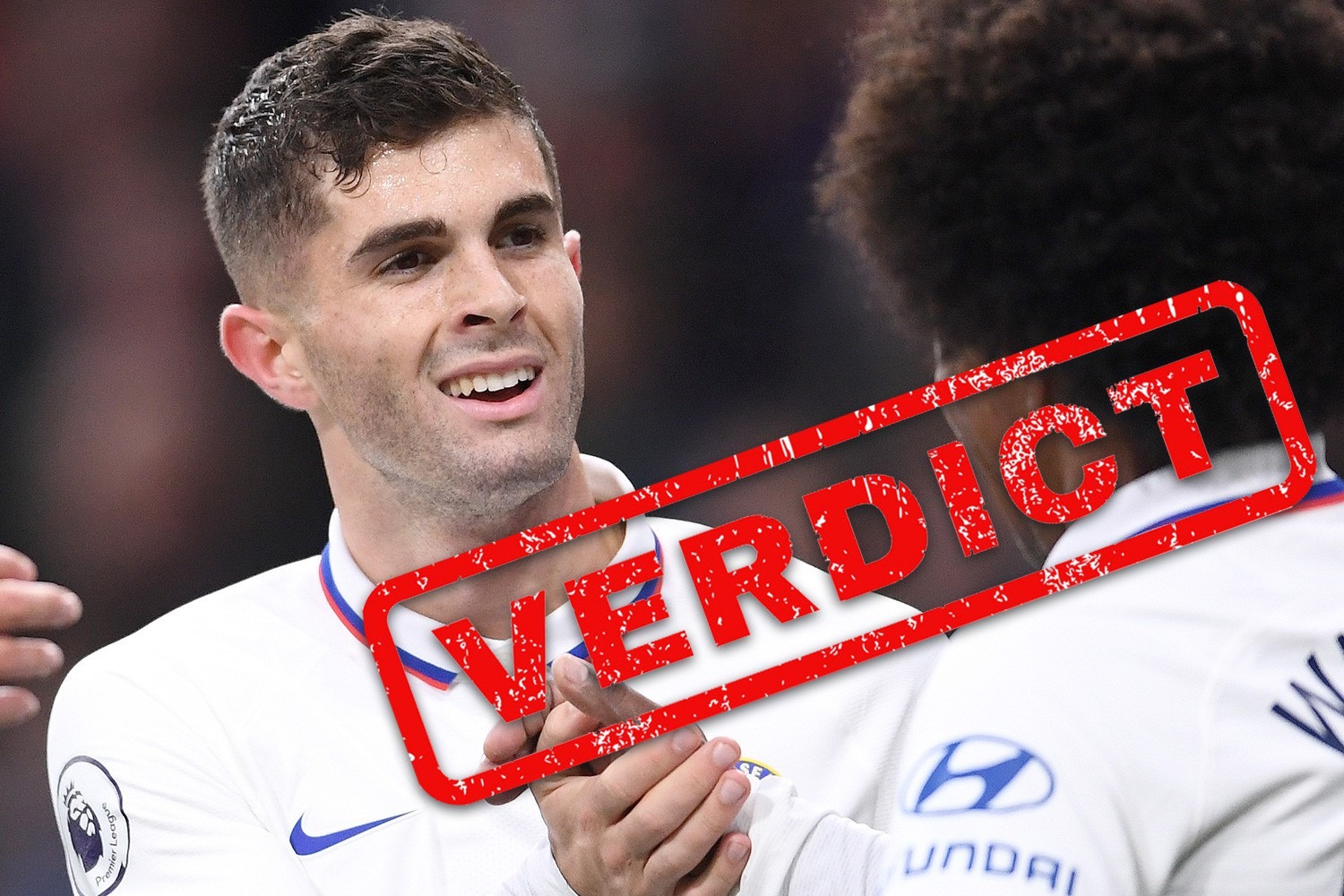 CHRISTIAN PULISIC just got better and better after his dodgy start at Turf Moor.

There was less than a minute on the clock when he ran straight into Tammy Abraham and the ball trickled out of play.

But like his Chelsea career, it takes the American a little while to warm up.

By the end of the first half he had broken the deadlock with a stunning goal and gave more glimpses why 58million was spent on him.

The 21-year-old has plenty to do to fill the Eden Hazard-shaped hole left in the summer but this display showed he is willing to mix it, after an encouraging showing off the bench at Ajax.

Some arrive at Turf Moor and hide but Pulisic seized his chance in his first Premier League start since August.

He got a traditional Burnley welcome on his first break forward, finding Mason Mount to set up a chance but also getting a clattering from Ben Mee.

Pulisic got straight back up and continued running at Sean Dyches defenders.

His goals came from latching into errors and then showing his class, firstly when Matt Lowton got his footing mixed up.

Pulisic showed pace to get away from the full-back, then a lovely step-over to get around James Tarkowski before finishing low into the corner.

His second came after Willian intercepted in midfield and the young American was away again.

This time he danced around Tarkowski and his shot flew in off Mee at the near post – the perfect way to mark his return to the team.

Frank Lampard clearly told him to hold his position wide on the left before cutting in when Chelsea were on the ball.

It fits well into the 4-2-3-1 system Lamps has favoured, with Mount and Willian also supporting Tammy Abraham and giving them four forwards when they get on the ball.

With Callum Hudson-Odoi on the bench, it gives Chelsea options going forward, as Pulisic looks like he is finding his feet.

And things got even better on the second half, as Pulisic completed his PERFECT hat-trick – left foot, right foot, header – when he nodded in Mounts cross from a cleared corner.

It was a back-flick header – and confirmation he has arrived in England.