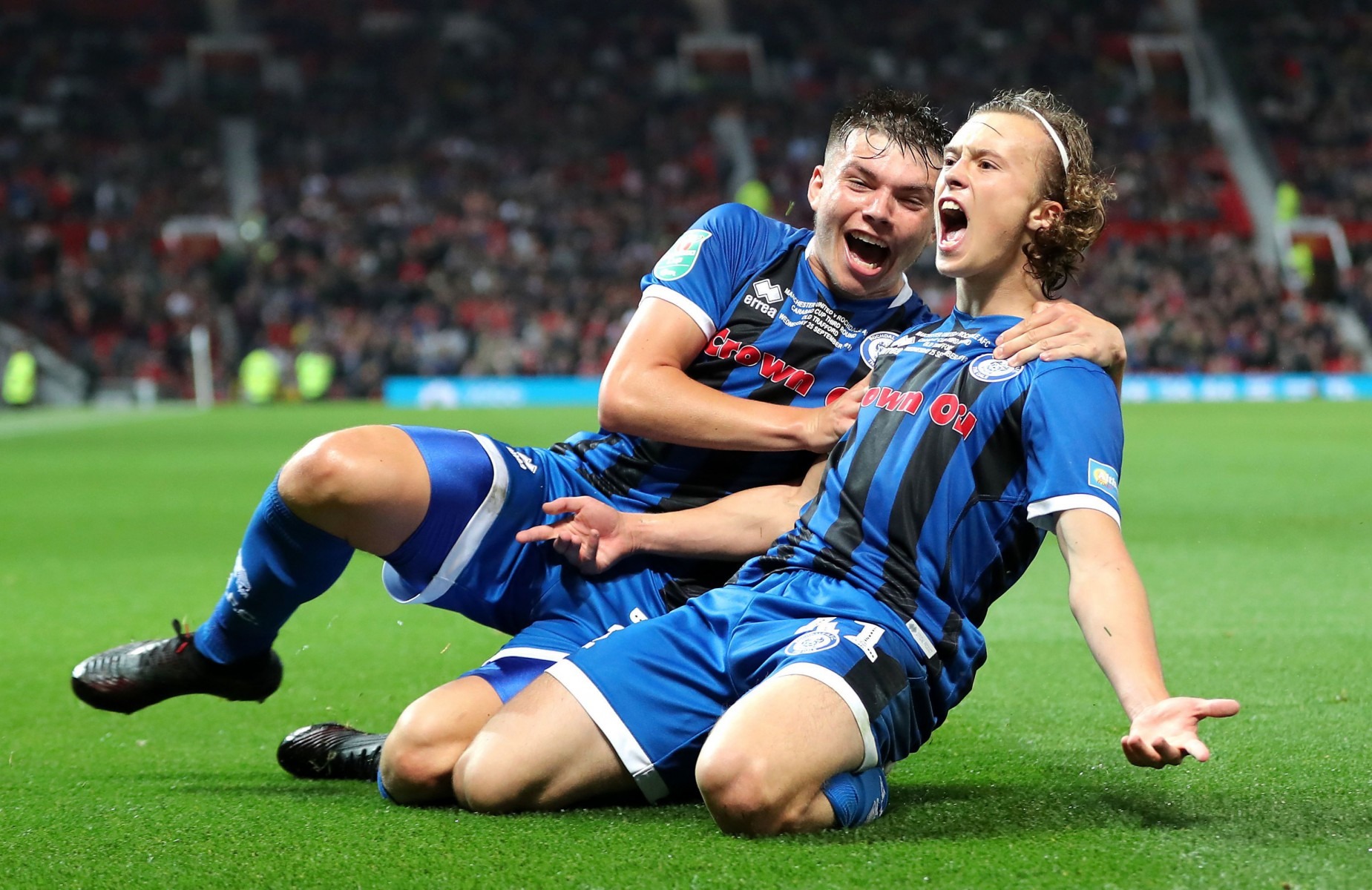 MANCHESTER UNITED and rivals City are set to battle it out for Rochdale’s 10mliion-rated sensation Luke Matheson, according to reports.

The 17-year-old defender made his first-team debut at the age of just 15 and is an exciting prospect for many Premier League clubs.

But according to the Star, it is the two Manchester clubs that headline the long list of teams interested.

And they could be tempted to make a move for the youngster in January.

Manchester United boss Ole Gunnar Solskjaer got to scout Matheson first-hand when the Red Devils faced Rochdale in the Carabao Cup last month, with the Dale making the 14-mile trip to Old Trafford.

Matheson – who turned 17 earlier in October and took his GCSEs in the summer – cancelled out Mason Greenwood’s opener at the Theatre of Dreams.

With 14 minutes to go, he fired in, bouncing a shot off the ground into the roof of the net to force a penalty shootout, which United won.

England Under-18 prodigy Matheson went back to school the day after his goal – and had to take a psychology exam.

He said: “Obviously it was a bit weird seeing all my mates at first but they were just over the moon for me, whether they were United fans or not.

“A few of them are Reds and they watched the game but they said they didn’t care that it was against them, they were just made up for me.

“I’ve had nothing but positive comments which was great.”