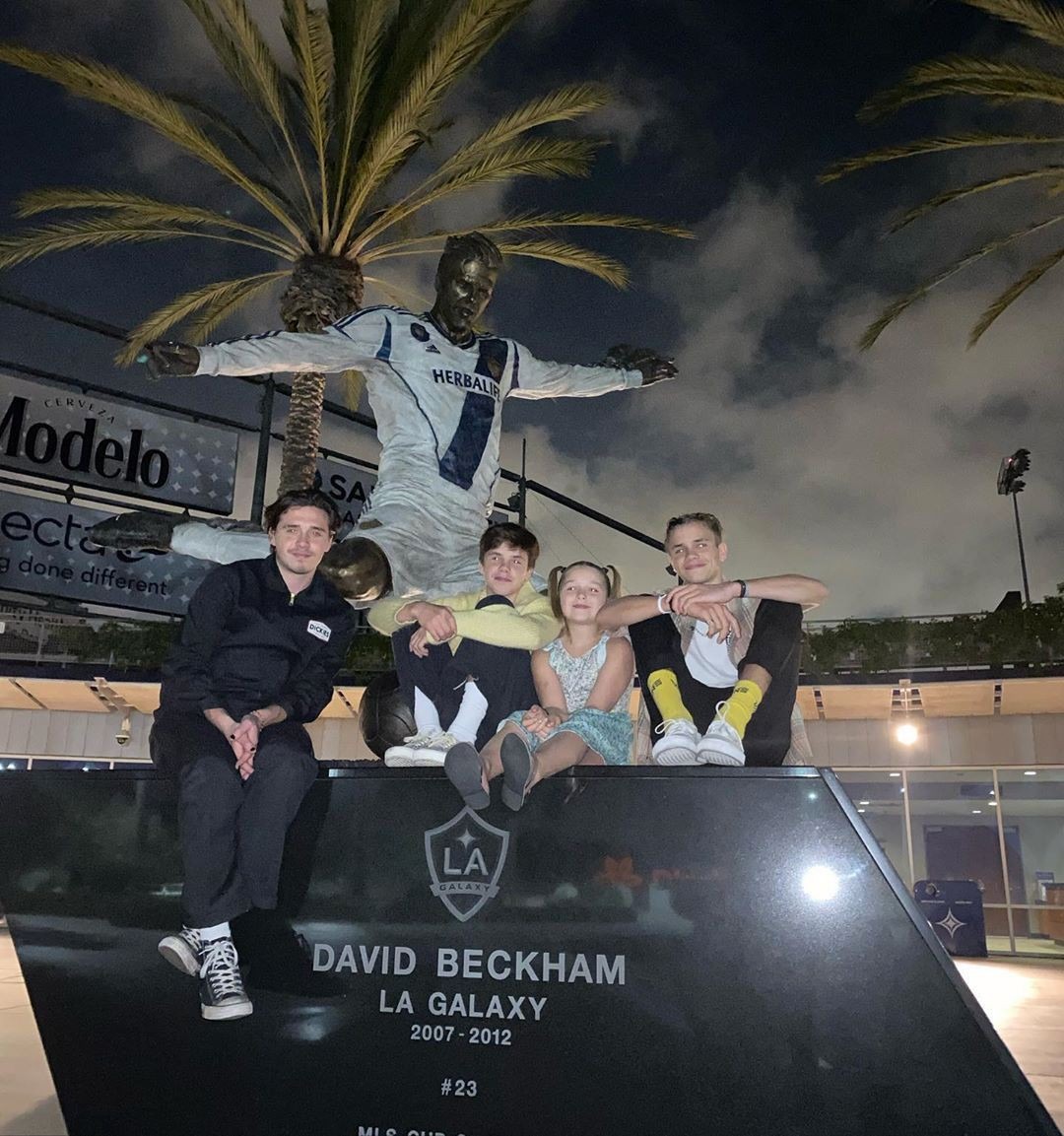 DAVID Beckham added a personal touch to a family holiday in LA as he took his kids to visit his statue.

The impressive replica of Goldenballs can be found at the LA Galaxy stadium, where Becks played football following a long career at Manchester United and Real Madrid.

It shows the dad of four, 44, in a white shirt, about to take one of his infamous free kicks.

It is situated against a palm tree backdrop, with a plaque underneath which bears the phrase: David Beckham. LA Galaxy, 2007-2012.”

David uploaded a handful of snaps of the special moment, which he accompanied with the words: “Very proud moment tonight taking the kiddies to see daddies statue for the first time…

The first saw Brooklyn, Cruz, Harper and Romeo all smiles as they posed in front of the statue.

A second saw them gazing adoringly at the replica of their dad as they struck a more staged pose.

David’s ex Man United teammates were quick to gush over the snaps, posted to his Instagram page. with Phil Neville posting a series of Emoji hearts.

Another Becks fan quizzed whether it was the same statue comedian James Corden had made the centre of a recent prank.

The former England captain looked horrified when a gruesome statue of him was unveiled – but took it on the chin whenJames Corden finally revealed it was a prank – and not in fact the sculpture his kids visited this week.

Gazing upon a huge, glistening chin, three teeth and deep-set eyes, David had every right to appear bronzed off.

In fact, the only thing bigger than the statue’s chin was its backside – jutting out unflatteringly in an LA Galaxy kit.