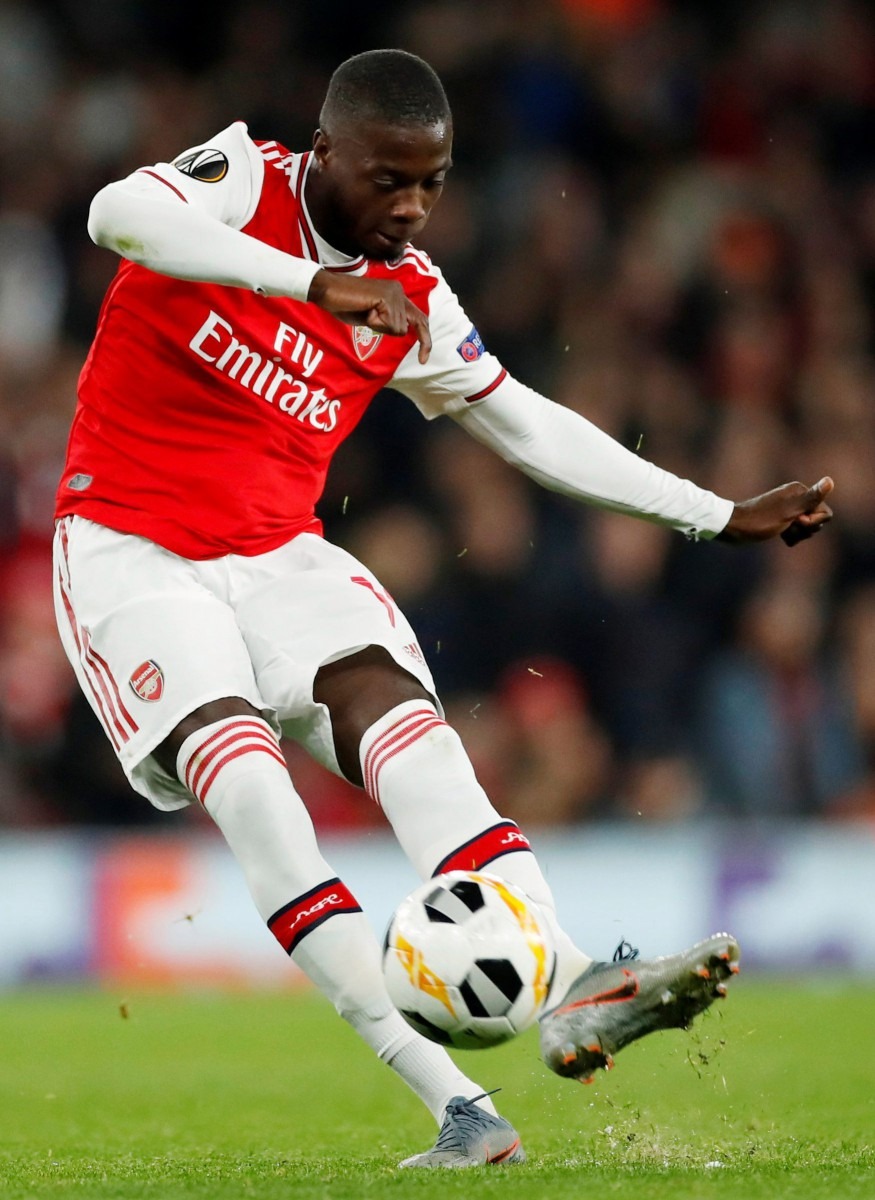 The Ivorian winger had a tremendous campaign at Lille last season, firing them into the Cham

pions League with 23 goals and 11 assists.

As a talent, he possesses a lot of attributes Arsenal lacked out wide last season. Blistering pace, clever movement, and general air of excitement on the ball we just werent seeing from Iwobi.

Raul Sanhelli landing him for 72million was the biggest shock since we nabbed Sol Campbell from rabble down the road, a true marquee signing in every sense of the word.

To date, Pepes Arsenal career has been indifferent. Hes looked slightly lost in Unai Emerys confused system, and hes failed to adapt to the pace of the league. There have been grumblings from certain corners of the Arsenal fanbase, quips of 2019s Gervinho have unfairly filled Twitter streams and some are unconvinced that weve purchased a finished product.

This view is peddled by people that dont understand the history of Arsenal stars and slow starts.

Thierry Henry was all over the place for his first 14 games before scoring a screamer and setting the world alight.

Robert Pires looked a real misfit, he hated the weather, the violence of the league, and he didnt look comfortable in an Arsenal shirt. Wenger said hed be a talent on par with Zidane; to Arsenal fans’ delight, this prophecy came true.

Freddie Ljungberg was also very raw in his first season until crafting a telepathic partnership with Bergkamp.

Simply put, not everyone hits the ground running.

There are lots of reasons for this. Players often take a while to find a permanent base. Theyll have to spend a lot of time learning the local language (Emery is still struggling).

They might not like the food, the weather, and there might be an element of homesickness. The Premier League is also the fastest, most physical league on the planet.

The most important item in the settling equation is talent and the two free-kicks Pepe scored on Thursday night against Vitoria settled that concern.

Hes made 12 appearances, he has three goals, and three assists. Not a bad return for a so-called flop.

The winger is starting to warm into his role, the combinations between Bukayo Saka and Pierre-Emerick Aubameyang have started to look a little cleaner. Pepe’s also finding good positions on the pitch to create and attack. Were heading into the part of the season where hopefully, well see more of his personality shine on the pitch.

Emery certainly needs to see his star signing come good as we head into a crunch part of the season.

Arsenals league form has been stuttery, fan sentiment has turned harshly against the manager, and the atmosphere in the ground has been stale.

A big month from Pepe might just be what the doctor ordered.