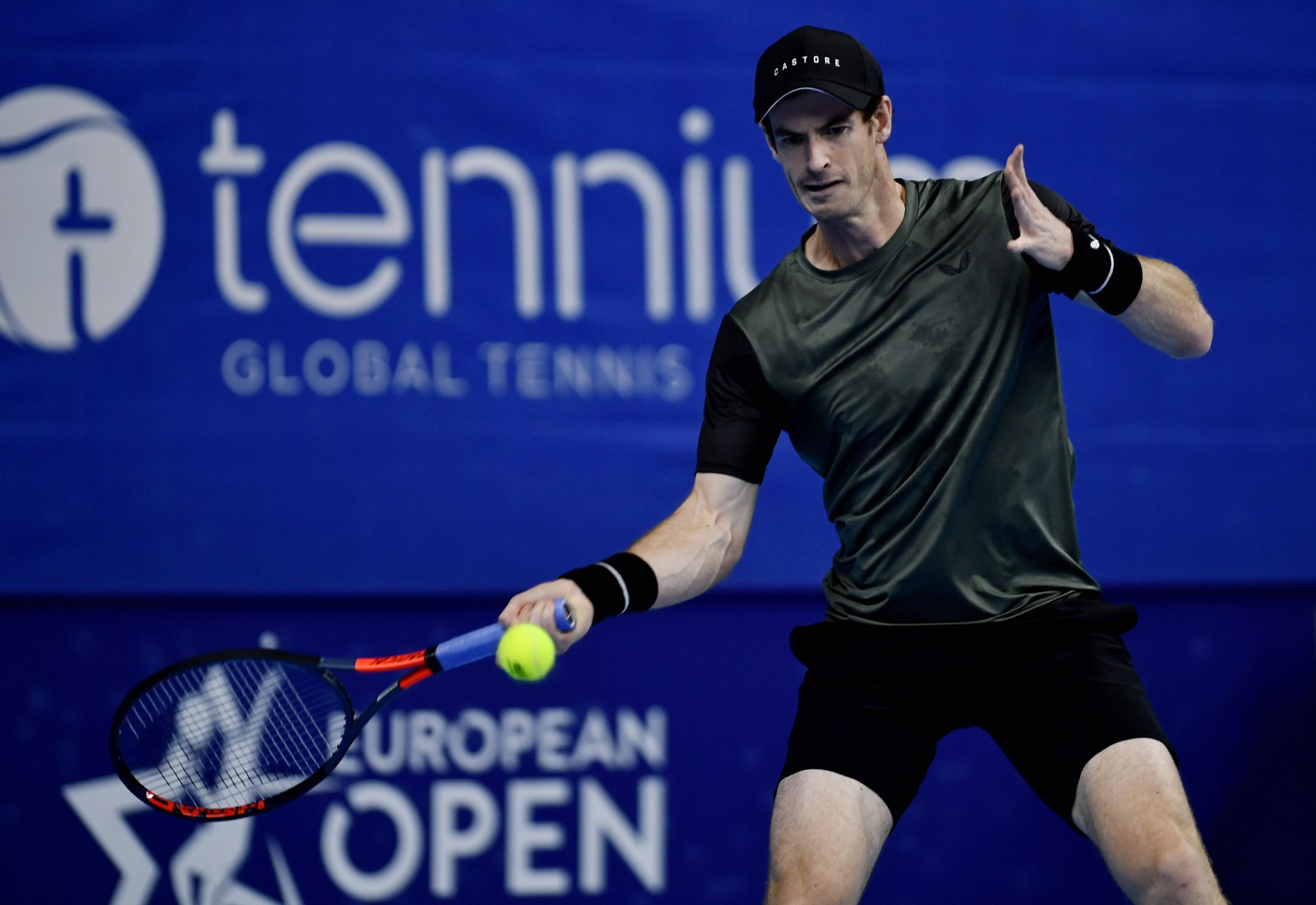 ANDY MURRAY progressed into the European Open second round but is ready to quit the tournament if his wife gives birth.

The Scot was pushed hard by Belgian Kimmer Coppejans before winning 6-4 7-6 in Antwerp.

Murray chose the event because he can easily catch a Eurostar or flight back to London if Kim suddenly goes into labour, with the couple expecting their third child this month.

Murray, 32, was making a first competitive visit to Belgium since his Davis Cup victory with Great Britain in Ghent in 2015, which ranks as one of his finest career achievements.

And this was his first singles match on European soil in a major event since hip surgery in January.

This time he was up against an opponent he had not played before and who has yet to win in the main draw of a significant event.

Murray, now ranked 243 in the world, had an ideal start, racing into a comfortable 3-0 lead.

The 25-year-old home favourite drew the match level at 3-3 though, helped by three Murray double faults.

Despite that, the Scot had enough firepower to take the first set in 40 minutes. But the second set was a tougher proposition, with Murray forced to cover far more ground.

The former world No1 now faces either Uruguayan Pablo Cuevas or Bolivian Hugo Dellien on Thursday.

Cameron Norrie was knocked out in the first round, beaten by Murrays doubles mate.