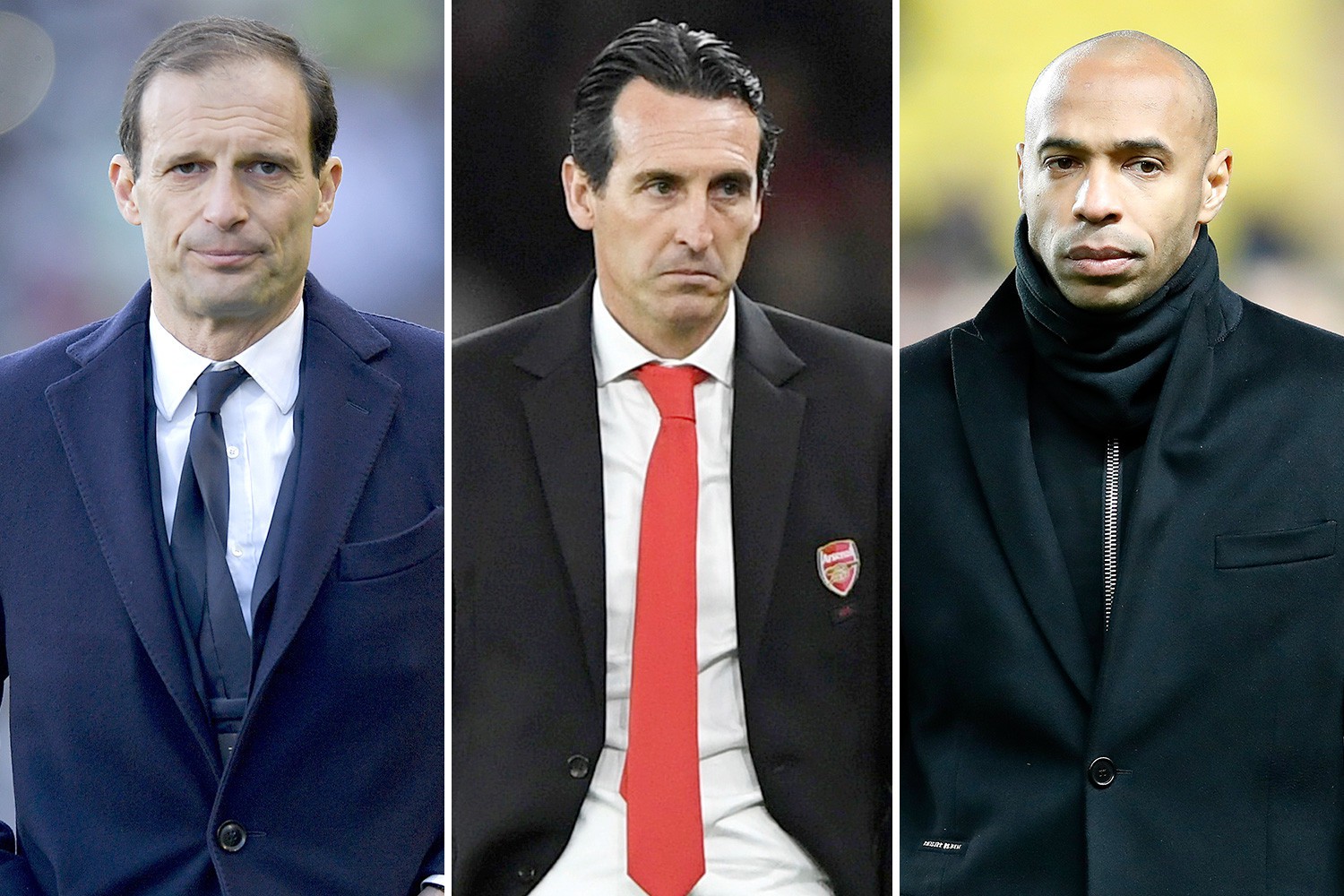 The Gunners replaced Arsene Wenger after 22 years in charge last year and turned to the former Sevilla and Paris Saint-Germain boss.

He was the club’s No1 pick and was selected unanimously by the club’s board after they completed their interviews.

According to The Athletic, an initial list of candidates was whittled down to eight, with all of them interviewed.

The reports states the other seven were Mikel Arteta, Julen Lopetegui, Ralf Rangnick, Jorge Sampaoli, Patrick Vieira as well as the aforementioned Henry and Allegri.

Arteta is the only one of those thought to have been a serious threat to Emery but his lack of experience and backroom team proved decisive.

Allegri spent another season at Juventus before taking a sabbatical while Henry endured an ill-fated spell in charge of Monaco.

Arteta remains at Manchester City, Vieira joined Nice instead and Lopetegui was sacked as Spain boss before the World Cup as he agreed to take over at Real Madrid – but was sacked on October 29.

German Rangnick returned to RB Leipzig for another season but is now working in a sporting development role at parent company Red Bull.

Finally, Sampaoli left his role as Argentina chief and in December joined Brazilian side Santos.

Emery signed a three-year deal at the Emirates but is under increasing pressure, especially after seeing his side let their two-goal lead slip at home to Crystal Palace yesterday.

Parts of the board wanted to offer him a new deal over the summer but decided against that and now it is unclear how much support he still has.

Most inside Arsenal – including members of the club’s hierarchy and players – are still backing the manager but there are certainly doubts creeping in, not helped by Granit Xhaka’s meltdown while being subbed off.

He is likely to be given until the end of the season when the club will decide if he should go into his final year or not, although the odds are tumbling on a sacking before then.

Should Emery be sacked, Freddie Ljungberg would be the man expected to step in, at least in an interim role.

But it is thought there are no concrete plans to begin the hunt to find a replacement for Emery at this stage. 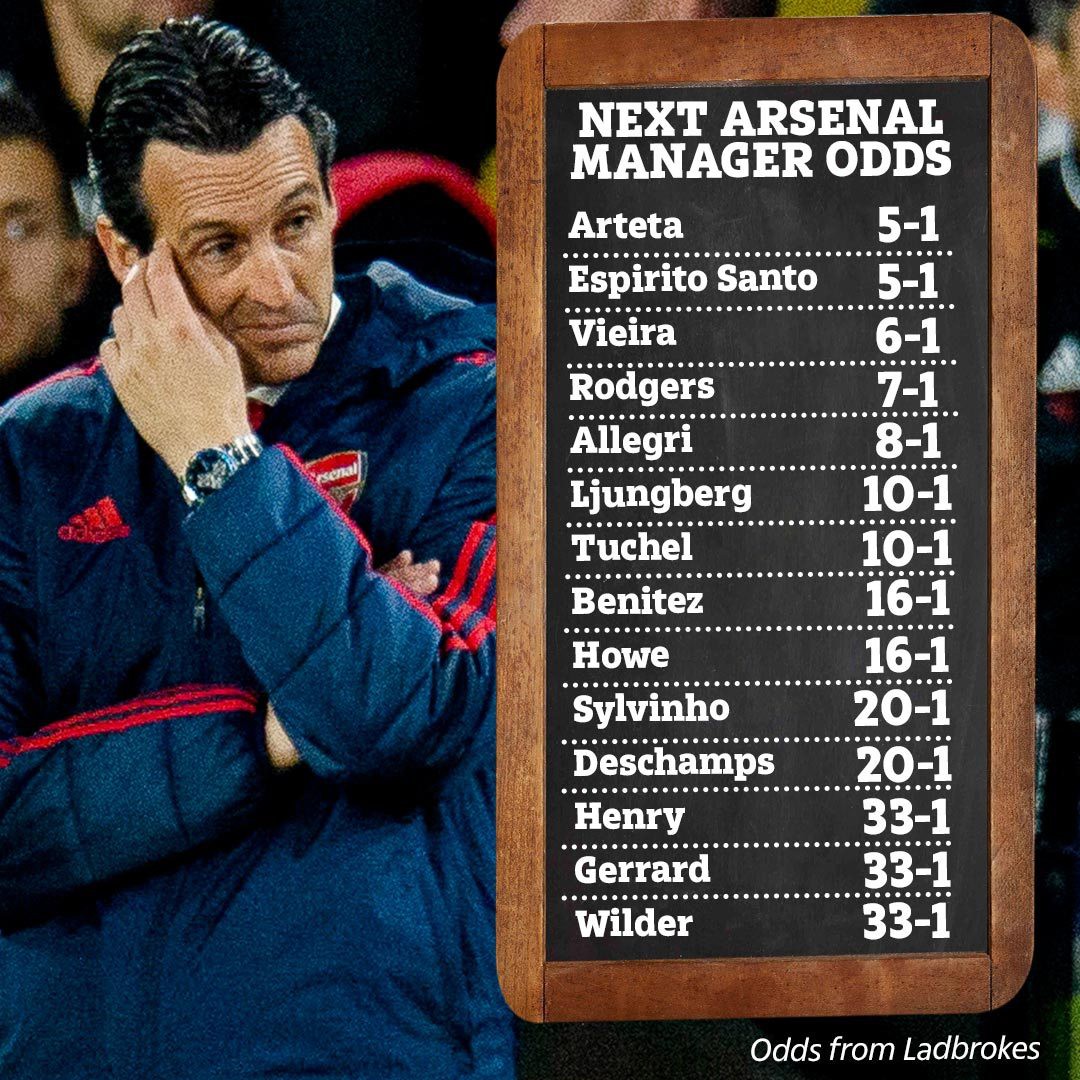