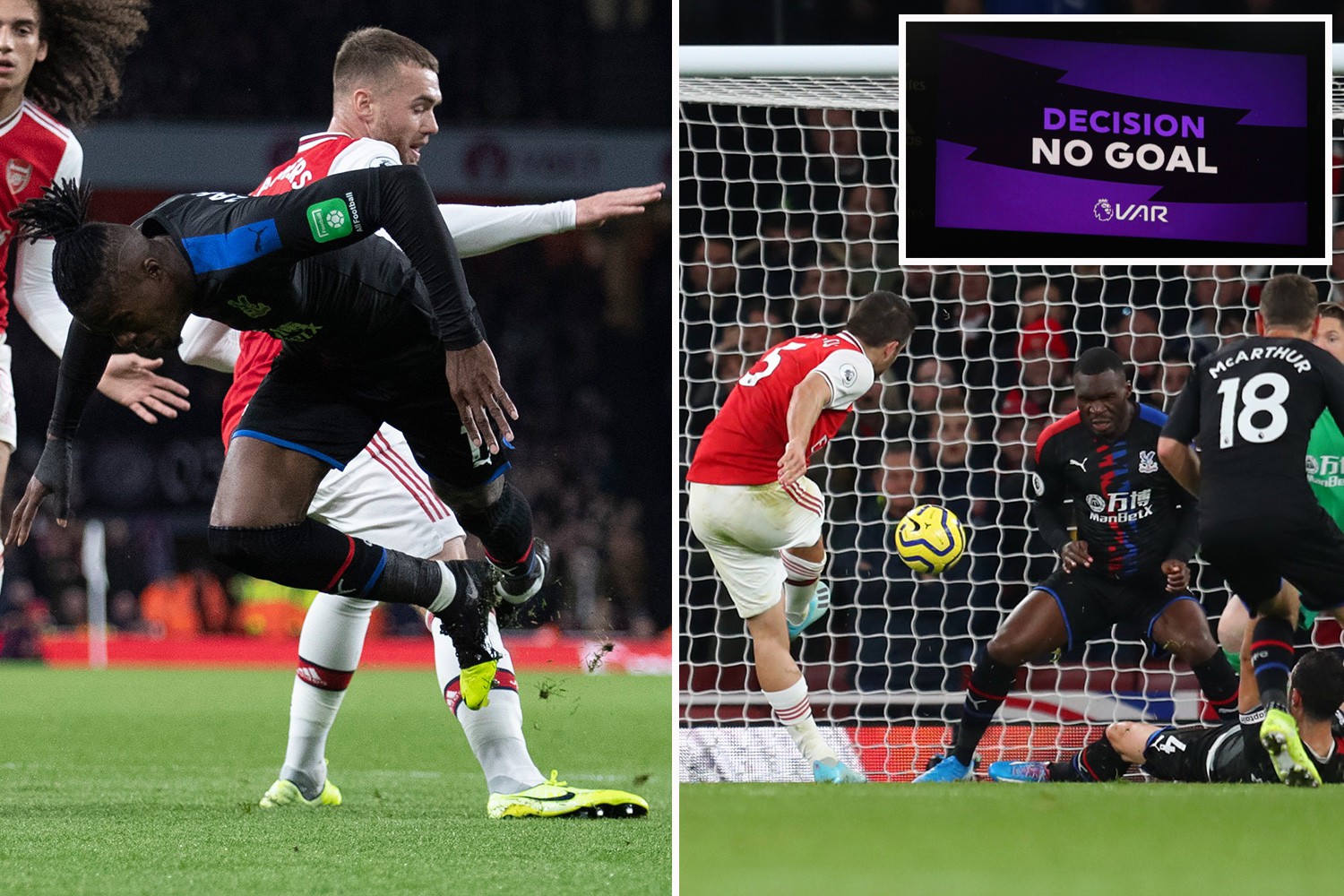 PREM bosses were forced into emergency action after fans at Arsenal on Sunday heard the VAR explanation for Crystal Palaces first half penalty.

Ref Martin Atkinson initially booked Wilfried Zaha for diving as he tumbled over Calum Chambers in the first half at The Emirates.

But supporters then heard the voice of Aussie VAR Jared Gillett over the Emirates tannoy.

Fans were perplexed at the audio which gave them a direct line in to the thinking which led to Atkinson changing his mind and awarding the spot kick which was smashed home by Luka Milivojevic to kickstart Palaces comeback.

While the audio, which was then followed by the video clip of the incident being played out on the giant screens, ensured supporters were better informed it forced emergency action from Prem chief.

Under VAR rules, which have been put in place worldwide by the International FA Board, real-time broadcasting of the decision-making conversations is prohibited.

Once they were alerted – at half-time – Prem refs bosses launched an urgent probe to find out what had happened.

They soon discovered an inadvertent error by the match broadcasting unit at the BBC had been the cause of the issue.

The Beeb had accidentally sent the audio – which was purely of Gilletts explanation to Atkinson – to Arsenals in-house TV station, who played it out on the tannoy system.

As soon as the error was identified, the feed was cut, meaning there was no audio explanation of the decision by Gillett to rule out that late Sokratis winner after the Aussie adjudged Milivojevic had been fouled by Chambers in the immediate build-up, preventing the Serb from clearing the ball.

Gillett, the first foreign referee to be involved in the Prem, has still to take charge of a top flight match since his move from Australia in the spring although he has refereed at Championship level.

The 32-year-old came to England to begin a doctoral research programme on cerebral palsy in children at Liverpool John Moores University.

He was widely-regarded as the top ref in Australia, where he worked with VAR for three seasons, and is on the Fifa senior list, with an expectation that he will be named in the Prems Select Group One of top whistlers by next term.