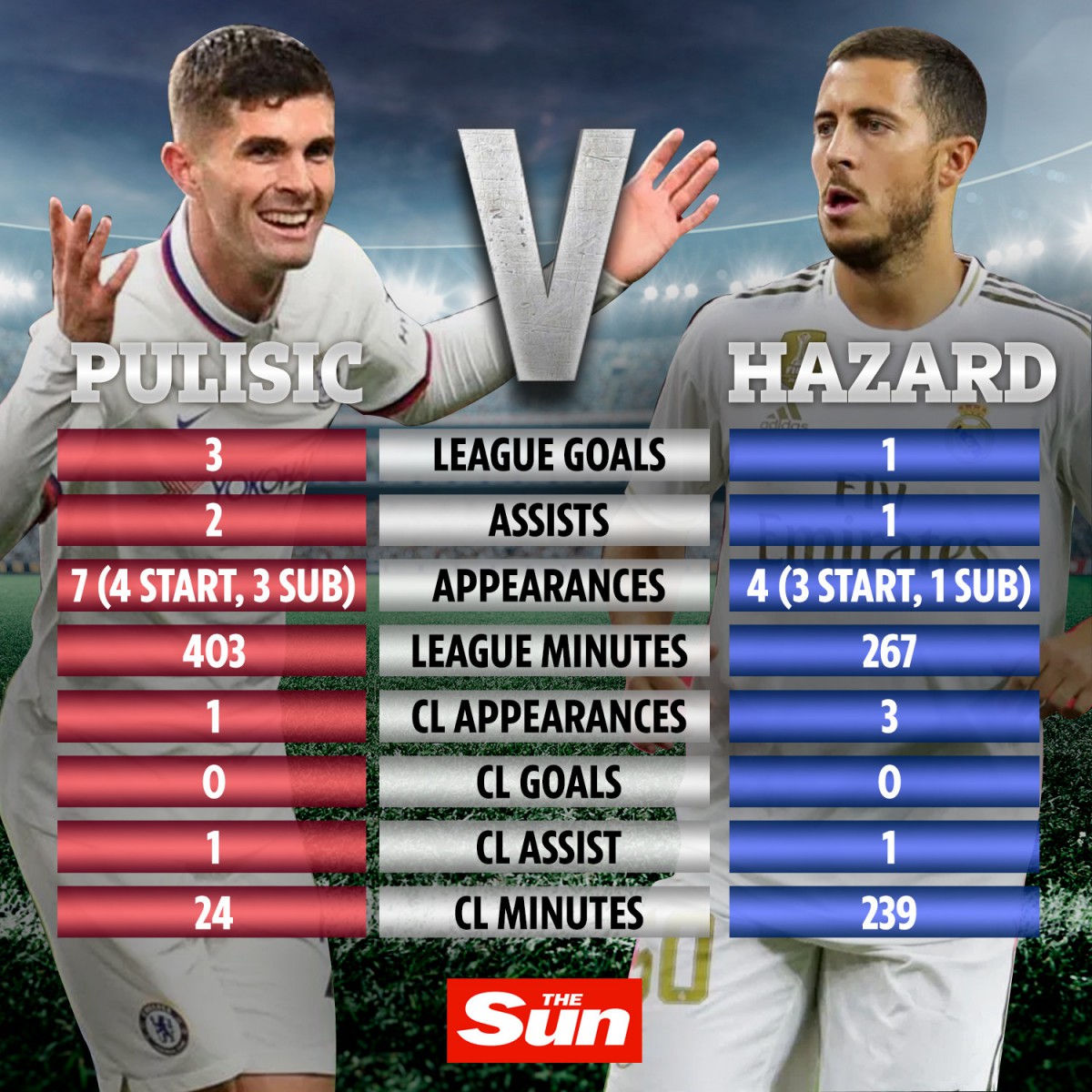 CAPTAIN AMERICA Christian Pulisic is putting Eden Hazard to shame with more goals and assists this season – and all in less minutes.

Belgian star Hazard, 28, finally completed his dream move to Real Madrid from Stamford Bridge this summer for 150million – but things have not run as smoothly as expected.

And while his replacement Pulisic, 21, has not received as many minutes as he would have hoped for, he is still ahead of Real Madrids new No7 in stats.

In La Liga and Champions League action, Hazard has only recorded a single goal and two assists playing 506 minutes altogether.

The ex-Stamford Bridge favourite has made seven appearances in all competitions having missed the opening three matches of the season through a hamstring injury.

Pulisic, 1,000 miles away, has played 426 Premier League and European minutes, bagging a trio of goals and assists in his four appearances.

The US superstar has only made four starts in those matches, but made his mark against Burnley on Saturday, scoring a perfect hat-trick.

Pulisic has made 10 appearances in all competitions this term, creating five goals in total.

The 21-year-old refused to name himself as Hazards replacement after arriving at Stamford Bridge for 58million.

But Belgian manager Roberto Martinez told Sky Sports he sees similarities between the pair when they are in scoring positions.

Martinez said: I think what they bring in the final third is exactly the same, players that think and take control of the moment and then they can find a good assist or a goal.

I saw Christian Pulisic play a lot for Borussia Dortmund last season. There is a lot of technical players that when they get in the box, everything is rushed.

He is the opposite, when he gets in the box he makes the right call, he can finish with his right, his left, he’s a very impressive player.