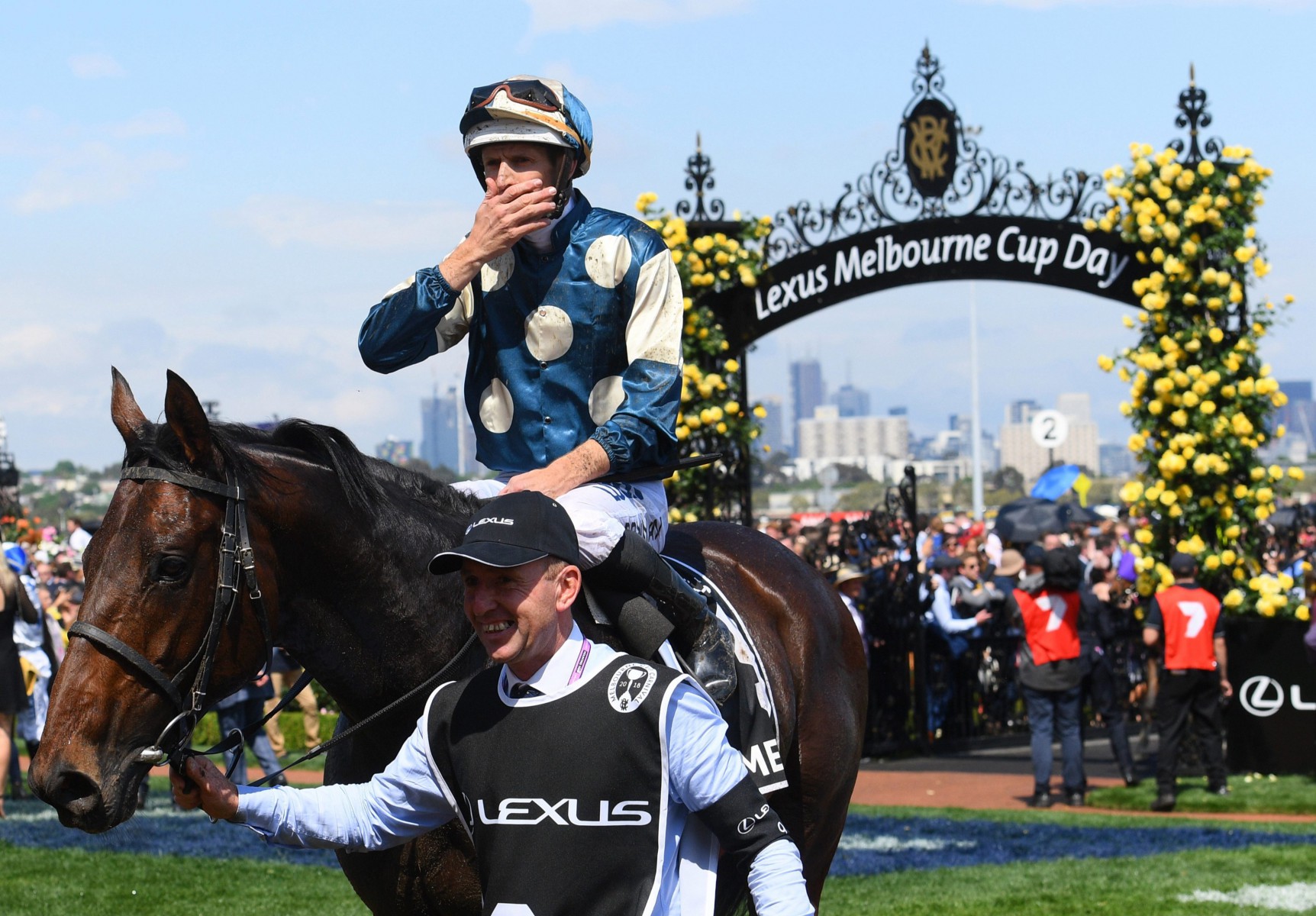 OWNERS of prominent Melbourne Cup fancy Marmelo are set to take legal action after stewards removed the horse from the contest.

However, connections are fuming over the results and believe the interpretation of the scan was wrong after the six-year-old worked well under jockey Hugh Bowman on Tuesday.

Trainer Hughie Morrison told the Racing Post: I certainly think our owners should take legal action. Their incorrect scan interpretations have cost us a huge amount of money and effort.

We love this horse so would never put him at risk if we felt there was an issue.We dont accept he has an incomplete fracture he wouldnt be able to walk around the yard, let alone canter like he did this morning, if that was the case.

Part-owner Aziz Kheir said: “I will issue proceedings after I get further advice but my initial advice is I have a damages claim.

“If I win I will donate every cent to charity, including horse welfare.

“This is not about money, it’s about principle and being treated as a serious participant in racing. I don’t want any other owner to go through what we’ve been through.”

However, Racing Victoria has fought back, with their head of integrity strongly supporting his vets’ judgement.

Stier said: We have tried to address issues after last years race and we’re unapologetic in our concern for the welfare of the horse and riders.
“The Melbourne Cup puts an added pressure but the stewards and veterinary surgeons are required to make judgements on a daily basis and they do so without fear or favour.

“They carry out responsibilities very seriously.