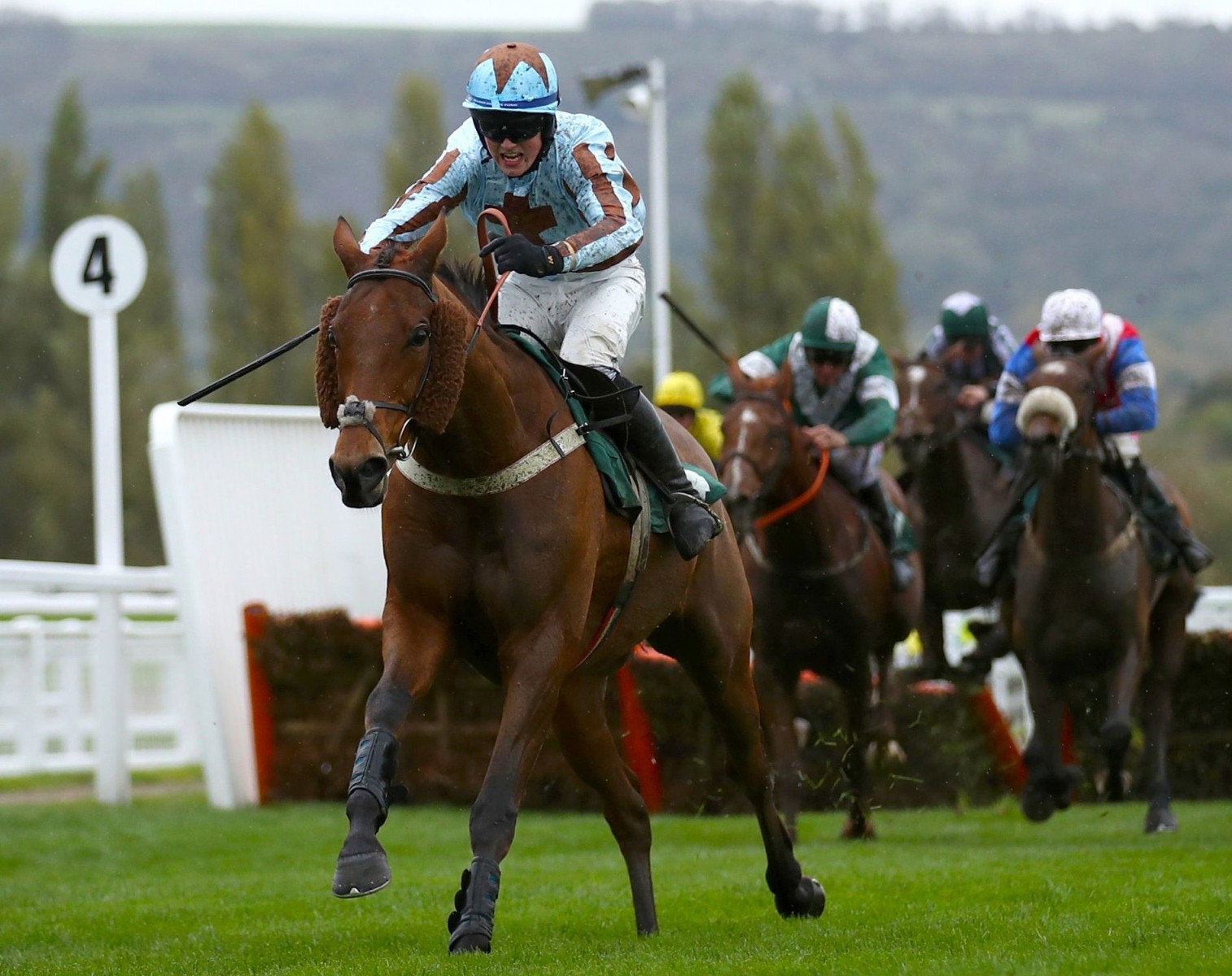 The 23-year-old jockey burst on to the National Hunt scene with an emphatic victory at Cheltenham last weekend – on just his first ride at the Gloucestershire track.

Taking the reins on Duke Street for new boss Dr Richard Newland, the Dublin-born whippersnapper rode the turns of Prestbury Park like an old hand – and proved far too good for some of his more seasoned colleagues.

He told Sun Racing: Its a dream for any jockey to have a winner at Cheltenham.

It was only my second ride for the boss and my first ride at the track. To see myself five lengths clear on the big screen coming up the hill was mad – I had to pinch myself!

The winner meant I reduced my 10lb claim to 7lb, so it couldnt have been more perfect.

Although Leonard has only just joined Newlands tiny Worcestershire yard, the combination is clearly a match made in heaven – and the young pilot is already thinking of the future.

He added: I wont be going anywhere else for a long time, thats for sure!

Im just glad I could thank the boss by giving him a winner so early into my time at the yard.

Although theres been no talk about the Cheltenham Festival just yet, it would be great if I could have a ride – whether in the Martin Pipe (conditionals only) or in any other contest.

My ultimate dream is to win the Gold Cup, so it would be great to get as much practice as possible!

Like so many budding jockeys, Leonard caught the bug young.

Growing up in the Irish capital, it wasnt long before he swapped city for country and went further afield in search of race-riding opportunities.

He said: My uncle owned a racehorse with Willie McCreery at the Curragh and I would often go down there and spend time with him.

I got the bug then, I think. It was some feeling being up close and personal with the horses.

After that I went to the Racing School in Ireland and learned my trade there.

Since graduating, Leonard found things a little stop-start – before a move to England gave him the boost he needed.

That, and a little help from a Closutton maestro.

He added: I worked at Willie Mullins for six months at the start of my career and it was a fantastic experience.

They know so much and have a fantastic attitude. Its the way I want to be.

After that I worked at Pat Fahys in Ireland as a conditional for two years – but things started to stagnate a bit.

I decided to move over to England where I got a job at Olly Murphys. Luckily I managed to get on the books of jockey agent Dave Roberts and he got me the role at Linacres Farm. I havent looked back since.

Perhaps the most striking thing about young Leonard is his height.

At six feet tall, he towers above most of his fellow pilots – an asset that will surely serve him well later in his career.

But unlike most, keeping his weight down isnt something thats on his mind 24/7.

He added: Im very lucky in that I have no problems with my weight.

Yes, I go to the gym most nights and behind the scenes I try to keep as active as I can, but if I eat something unhealthy on occasion, it really doesnt affect me that much.

I may be six foot but I work hard to keep it down and most of the time it stays off anyway!

The fact remains that Cillin Leonard has the brightest of futures.

And if he works as hard as Ruby Walsh and Paul Townend, theres no reason why he wont go all the way.