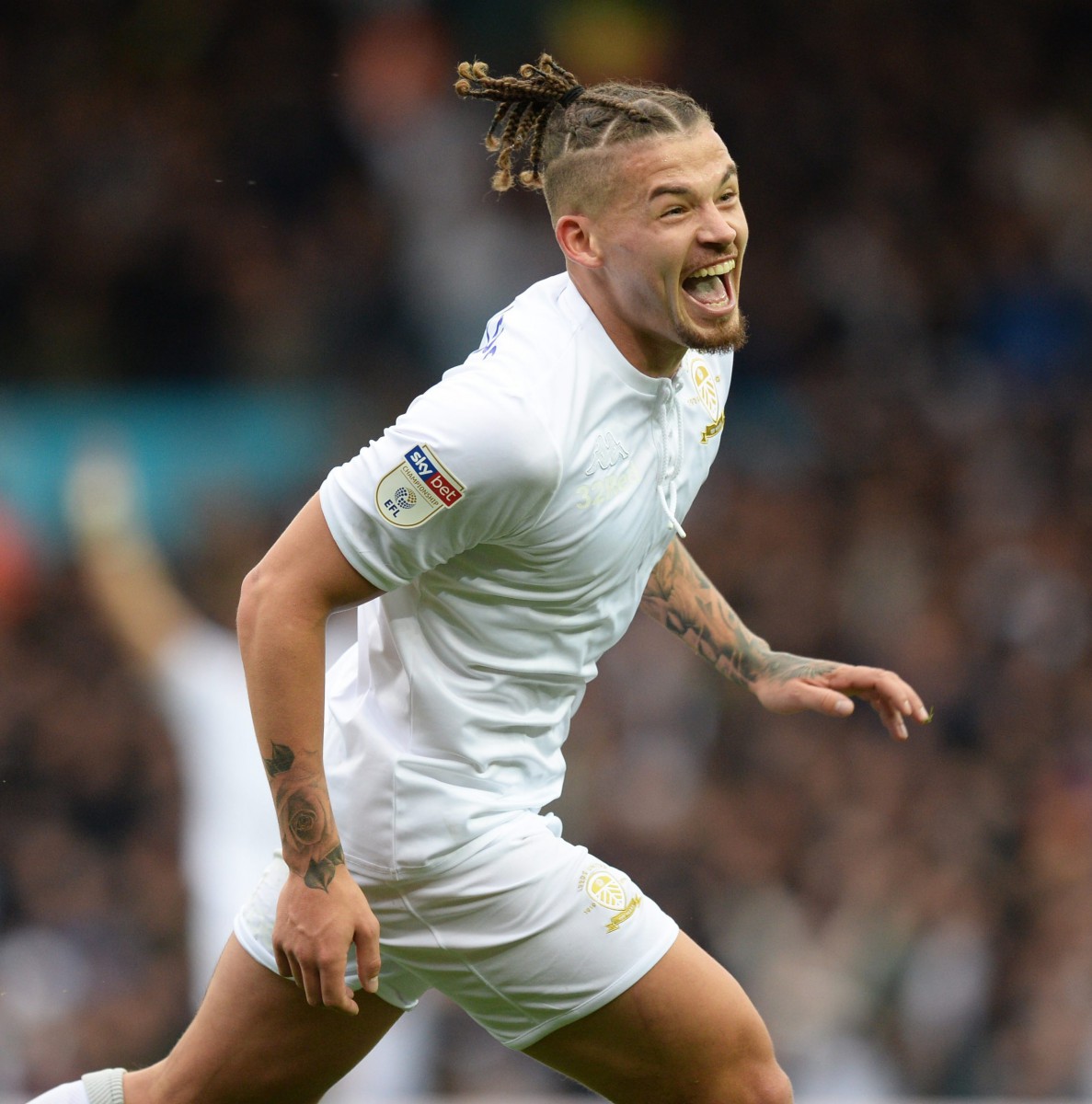 LEEDS UNITED midfielder Kalvin Phillips has become one of the first names on Marcelo Bielsa’s team sheet as the Yorkshire giants battle for promotion.

The 23-year-old’s form in the Championship under the Argentine has even attracted interest from the Premier League – with Manchester United the latest club linked to the 30m-rated tough-tackler.

But, if his teachers had it their way, a career in football would’ve been secondary to his education.

Phillips was a late-bloomer, and didn’t join the academy at Thorp Arch till he was 14.

Before that he was starring at Wortley Juniors, and then Farsley for a season until Leeds scouts spotted his potential.

However, his Sliding Doors moment came when his mother wrote to his school asking if her son could be excused from class.

The school’s response wasn’t so positive.

My mum got a letter from school, he recalled to the Yorkshire Evening Post.

It said they hoped I realised that not many people make it as a professional footballer.

“There was me and a friend, in the same age group, and they were threatening not to let us go.

“But they did and when I look back now I think

LEEDS IN HIS BLOOD

Phillips grew up in Armley, a district west of Leeds – with the club very much in his family’s blood.

A triplet, he was raised by his mother in a large family. But sadness hit the Phillips clan hard when he lost one of his sisters to illness at a young age.

He took to football, playing in the streets with his brother until it got dark.

I remember getting my first Leeds shirt, me and my brother.

It was the yellow one with Strongbow on the front. I had Alan Smith on the back.

“Wed play outside whenever we got the chance, from 10 in the morning until six at night when my mum shouted us in for tea.

“Youre just a kid and you enjoy running about. I never got tired.

Leeds picked up Phillips when he was midway through secondary school.

It was a sheer fluke. He was there to watch his mates play in a tournament, ended up filling in because of lack of numbers, and caught the eye of Walter Sonny Sweeney – a legend of Don Revie’s 1960s Leeds side.

I was at Wortley Juniors until I was about 12 and then left for a season at Farsley, he said.

Id gone to watch Wortley play in their home tournament but they didnt have enough players so I played for them. I got scouted by a guy called Sonny Sweeney and went to Leeds City Boys.

After that, he came and watched me again and got me on a six-week trial at Leeds. It all went from there.

It could’ve been a completely different Yorkshire club that Phillips might’ve made his name at.

Before Sweeney spotted his talents, he trialled with Huddersfield Town. They must be kicking themselves now that it didn’t work out with the Terriers.

As soon as I went there, I thought I dont like it. Its not for me,” he revealed.

“I was growing up around Leeds and I idolised Leeds. I went to Huddersfield and thought it was a good chance but I got there and felt like I didnt really fancy it.

“A couple of weeks later I went to Leeds and I havent looked back.

Phillips is aware he is one of the lucky ones, paid fantastic money to do a job he loves.

He has a special bond with his twin sister, who teases him about his easy life. She has it a lot tougher working in the prison service in London.

She tells me that every time she sees me, he joked.

Phillips holds no grudges when it comes to having made it late.

In fact, the defensive midfielder believes it made him the player he is today.

I knew Id joined late but in a way it was better because I got to enjoy my football more when I was younger,” he said.

“There wasnt as much pressure. Me coming here late probably made me a better player.”