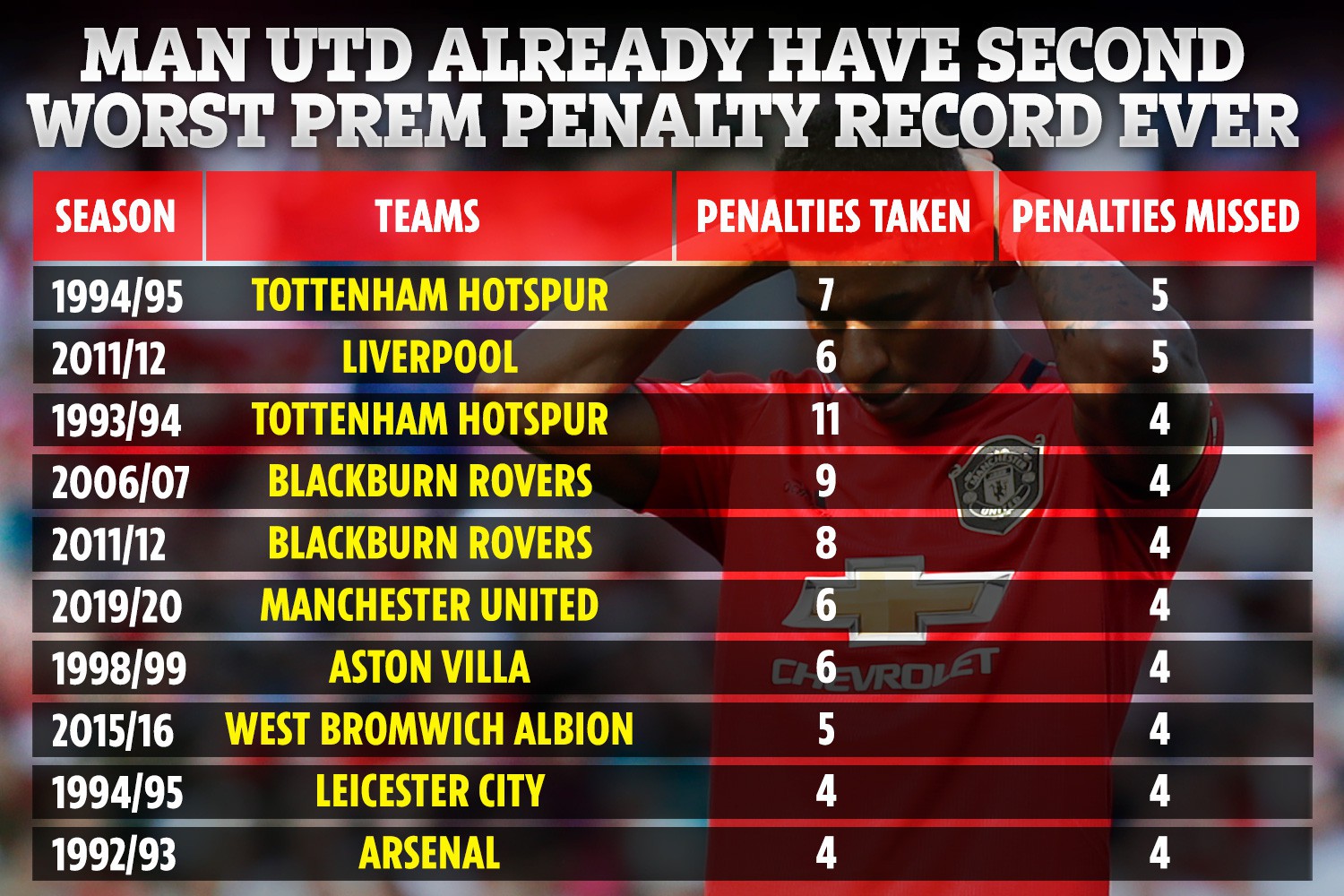 MANCHESTER UNITED are well on the way to setting a unwanted Premier League record.

The Red Devils beat Norwich 3-1 on Saturday to earn their first Premier League win away since February.

But they also missed two penalties, with Marcus Rashford and Anthony Martial the guilty parties.

And it means that they are the second worst Prem spot-kick takers EVER after missing four of their six so far this season.

They are tied with a whole host of other teams on four misses.

And with 28 games still to play, a betting man would lump on them being setting a new record come the end of the season.

Paul Pogba missed from 12 yards against Wolves earlier in the season, with Rashford also fluffing his lines against Crystal Palace.

However England-man Rashford can usually be relied on from the spot.

He netted in the opening-day 4-0 thrashing of Chelsea and also the 1-0 home win against Leicester this season.

Against Norwich on Sunday, Ole Gunnar Solskjaer’s side looked to be in the mood for goals after Scott McTominay gave them an early lead.

Shortly after, the lively Daniel James was brought down in the area by Ben Godfrey – with VAR confirming the foul.

England forwardRashford, 21, stepped up confidently, but Tim Krul rescued the Canaries from any further problems.

Krul was famously brought on in the final minute extra-time of Holland’s 2014 World Cup quarter-final with Costa Rica by then-boss Louis van Gaal.

The former Newcastle man saved two penalties that night after replacing Jasper Cillessen in the 120th minutes as the Dutch reached the last-four.

And Krul was at it moments later, when – withUnited now 2-0 up as Rashford redeemed himself – the visitors won another penalty.

This time Rashford opted against it, with Martial, 23, stepping up to the mark… but he too had his attempt saved.

As it was, United still went on to win 3-1 with Martial also saving face by netting the third.

It was only the second time all season in all competitions they’d managed to score more than once.

The other occasion was on the opening day of the season in the 4-0 win over Chelsea.