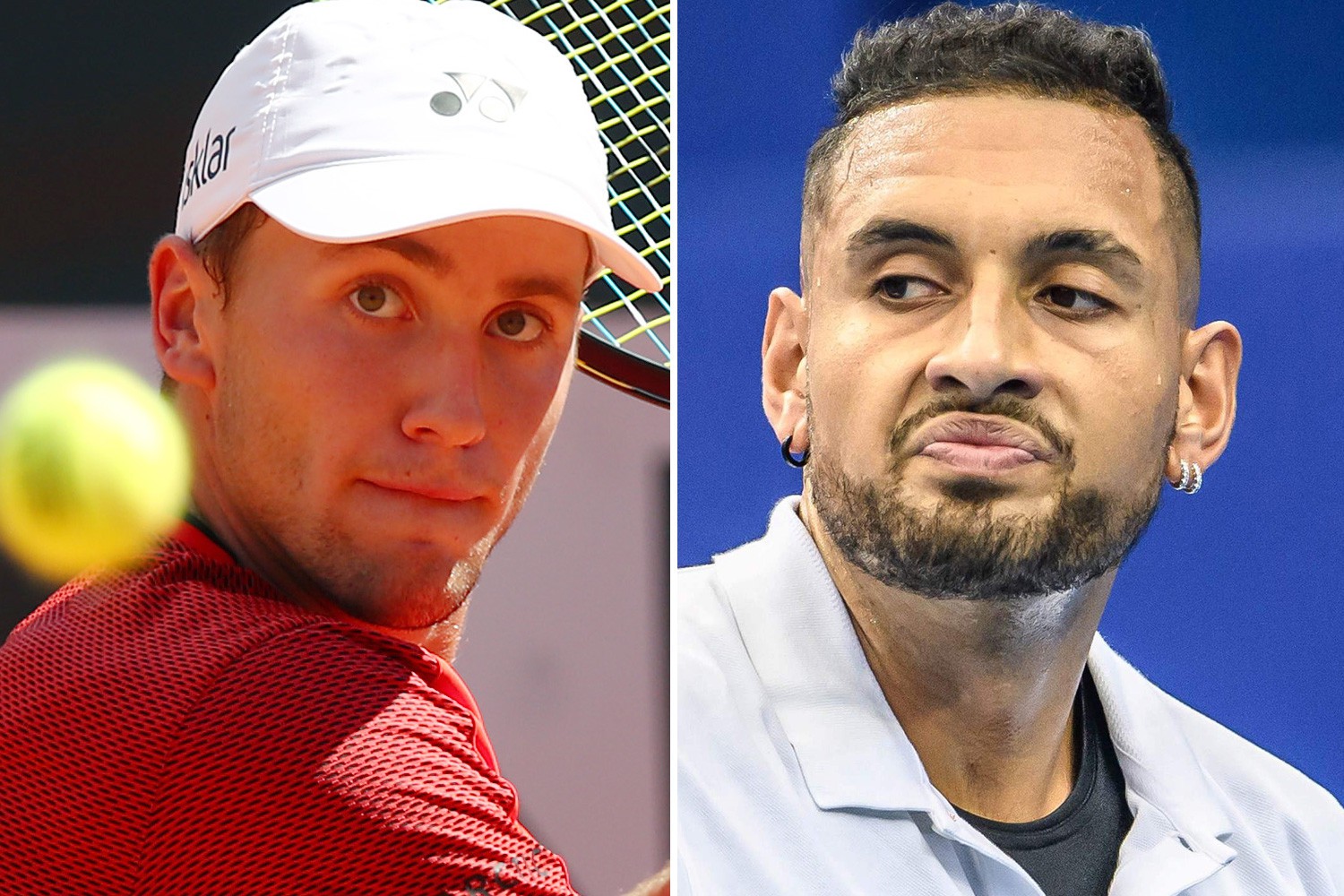 BAD-BOY Nick Kyrgios has hit back furiously at ‘boring’ rival Casper Ruud after being branded an ‘idiot’.

Norwegian Rudd, 20, told Swedish tennis website Tennissportalen he wasn’t bothered about beating Kyrgios at the Rome Masters in May.

He said: It was nice to win. Whether I celebrated after the game or not? I do not care.

“Its his problem that hes an idiot on court.

But Kyrgios escalated an ongoing row between the pair since that clash when he posted on Twitter: “Hey @CasperRuud98 next time you have something to say, I would appreciate you say it to my face, I’m sure you wouldn’t run your mouth so much after that.

“Until then I will continue to rather watch paint dry than watch you play tennis, boring.

“But again, I also understand why you have to keep my name in your mouth, because people don’t even realise that you play tennis… good luck in Milan champ.”

It is certainly not the first time Kyrgios has spat his dummy out.

He was given a suspended 16-week ban by the ATP in September for a “pattern of behaviour” including branding the tennis governing body “corrupt”.

He claimed he lost one match with Roger Federer due to a “hot chick” in the crowd.

A year later at the Shanghai Masters he asked the umpire to end the match so he could go home.

Earlier this year he was kicked out of the Italian Open after he threw a chair onto the court and then this month crashed his car.

Hey @CasperRuud98 next time you have something to say, I would appreciate you say it to my face, Im sure you wouldnt run your mouth so much after that. Until then I will continue to rather watch paint dry then watch you play tennis, boring af.