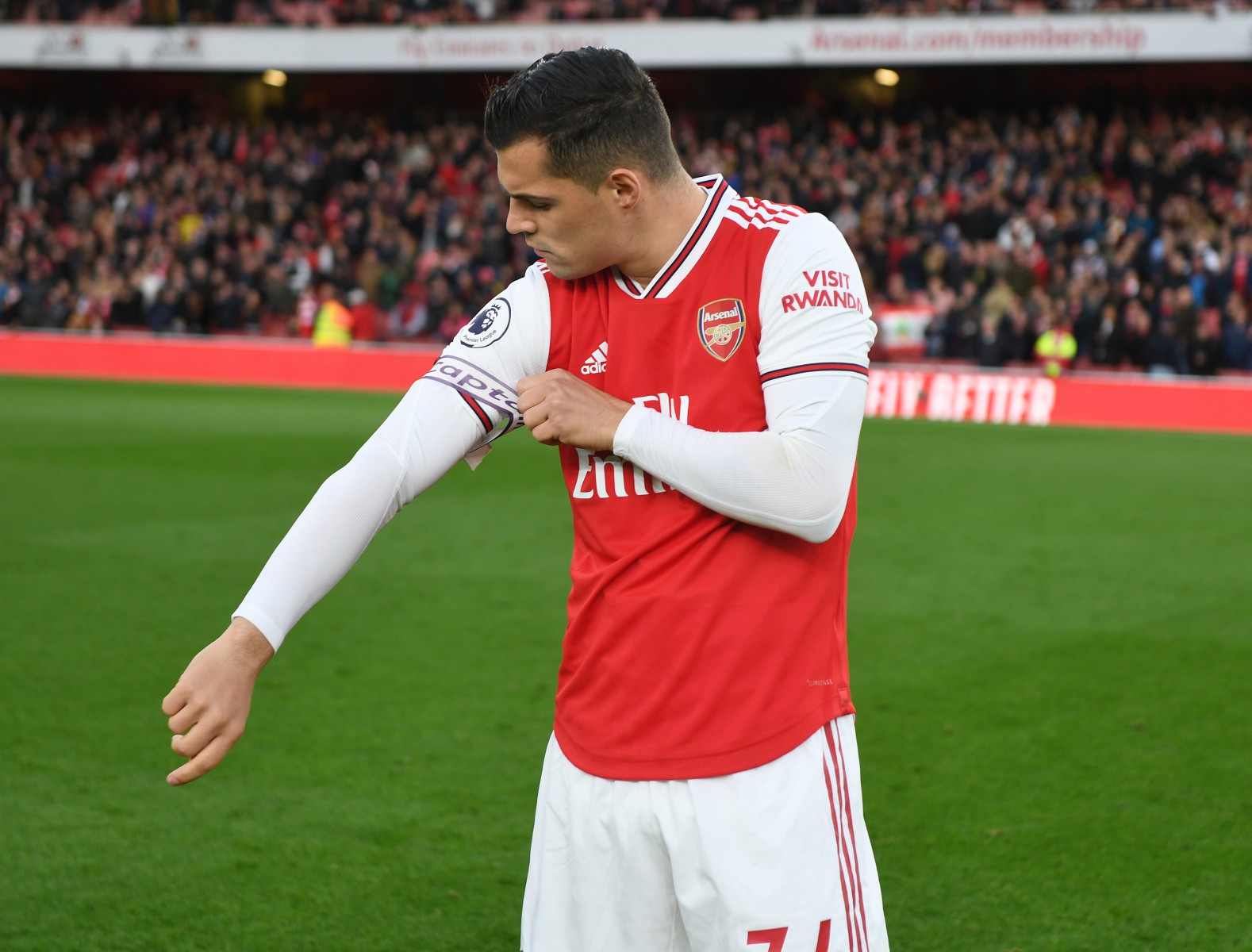 ARSENAL fans have renewed calls for Granit Xhaka to lose the captaincy after his foul-mouthed outburst yesterday.

Unai Emery’s decision to award the Swiss international, 27, the armband has been questioned since it was announced.

And after fuming Xhaka told supporters to “f*** off” while being booed, one Twitter user has come up with a hat-trick of reasons he should not be a leader.

In a tweet which has been liked over 250 times, LeGrove blasted the midfielder because he “Blamed strikers for the Spurs game”, “Went on record with we were scared” and “Slow walked off, told the fans to f*** off, cupped his ear”.

One reply said: “Should the fans boo him coming off, probably not. Should the team captain act like a leader and ignore the booing understanding fan frustration, absolutely.”

But a rival pointed out that Xhaka had been met with derision since being named skipper and others have called on Gooners to be more accepting in an issue which has split the fanbase.

Gutted Xhaka was reportedly consoled at home by three of his team-mates after the weekend row.

He has been ehavily criticised for months, with a tweet suggesting he should be flogged because “he talks as if hes Lionel Messi. Not to mention his bang average footballing ability”.

Ian Wright has torn into Xhaka – insisting that he apologise to supporters.

The Xhaka incident is simply unheard of. The last time that one of our captains was involved in such controversy was, well, three months ago when his predecessor refused to turn up for pre-season because he wanted to be released from his contract. Part-time club, full-time meme.

Id sell Xhaka purely on the basis that he talks as if hes Lionel Messi. Not to mention his bang average footballing ability

Eboue was booed, Ramsey and his family were abused, Wenger was abused, Mustafi and Xhaka booed and abused on social media. Unai the latest target.
This is coming from the same fanbase who talk about our class, tradition & history with pride.
What a toxic fanbase weve become.

The fans did NOT boo Xhaka being substituted, they booed him for strolling off the pitch as if we were 2-0 up and coasting, remember the abuse some of you gave Ozil for doing that in the Europa League final, have the same energy, yeah.

Midfield colleague Matteo Guendouzi is a name which has been strongly touted as a better alternative to Xhaka as captain.

But the first Gunner to break social media silence on the issue was Hector Bellerin, with a classy tweet aiming to unite the club.

He wrote: “We are all humans, we all have emotions, and sometimes it’s not easy dealing with them. It’s time to lift each other up, not to push each other away. We only win when we are together.#COYG”.