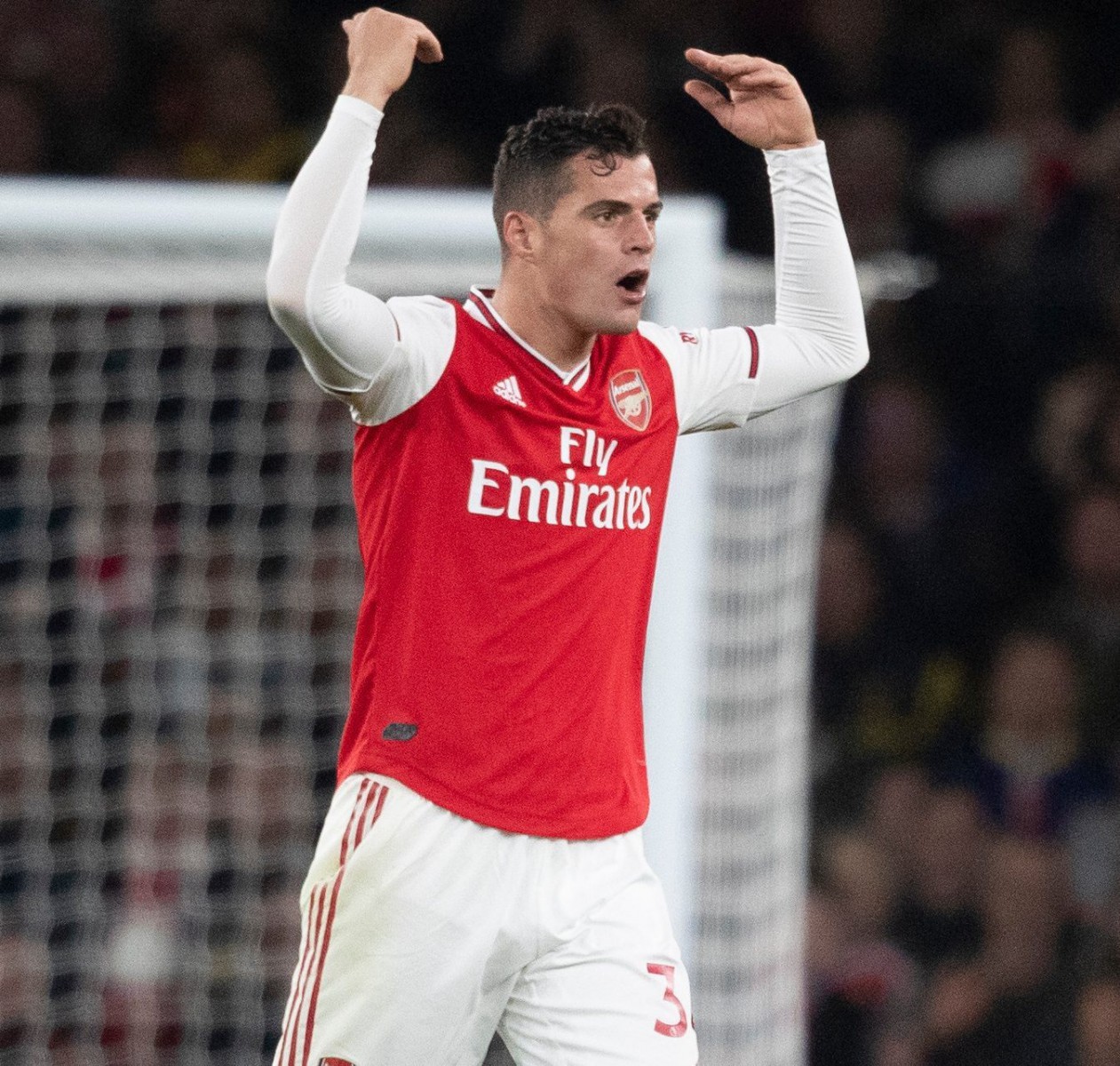 The angry Gunners skipper, 27, mouthed “f*** off” at fans as they booed him while he left the field during the 2-2 draw with Crystal Palace.

And amid reports the gutted Swiss ace left the ground early, the Athletic claims Xhaka’s team-mates visited his pad to console him.

Lucas Torreira looked visibly upset at the boos as his skipper ripped off his shirt and walked down the tunnel, with Hector Bellerin and Unai Emery comforting the Uruguayan.

Emery has refused to rule out taking the armband from Xhaka as sections of the club’s support call on Matteo Guendouzi to take over.

The fans were annoyed he did not run off the field with his side needing a goal to take three points from their London rivals.

Arsenal legend Ian Wright is urging the midfielder to apologise to supporters – and claimed he had not done enough on the field since his 2016 switch.

Match of the Day punditWrighty blasted: “I don’t like any players getting booed. But this is the captain. Now I think that they’re frustrated with the fact that he’s not run off.

“He’s now goading them. We’re talking about fans that have watched him in the four years he’s been there have a handful of good games and he’s treating the fans like that.

“Arsenal fans have showed a lot of patience to him and the performances he’s put in. He owes them a lot more and he’s acted like that.

“He’s the captain and he’s got the responsibility to take that on board. He can’t go and do that. I can understand the Ozil situation but he’s the captain the manager’s got faith in him!”

We are all humans, we all have emotions, and sometimes it's not easy dealing with them. It's time to lift each other up, not to push each other away. We only win when we are together. #COYG pic.twitter.com/dkDI7M3xew

Didn't want to post these pictures but felt I had to. This is Lucas Torreira's emotional reaction to the abuse Granit Xhaka received after his substitution, in tears and inconsolable. Absolute love and respect for his captain. pic.twitter.com/ijKOvwkYx2