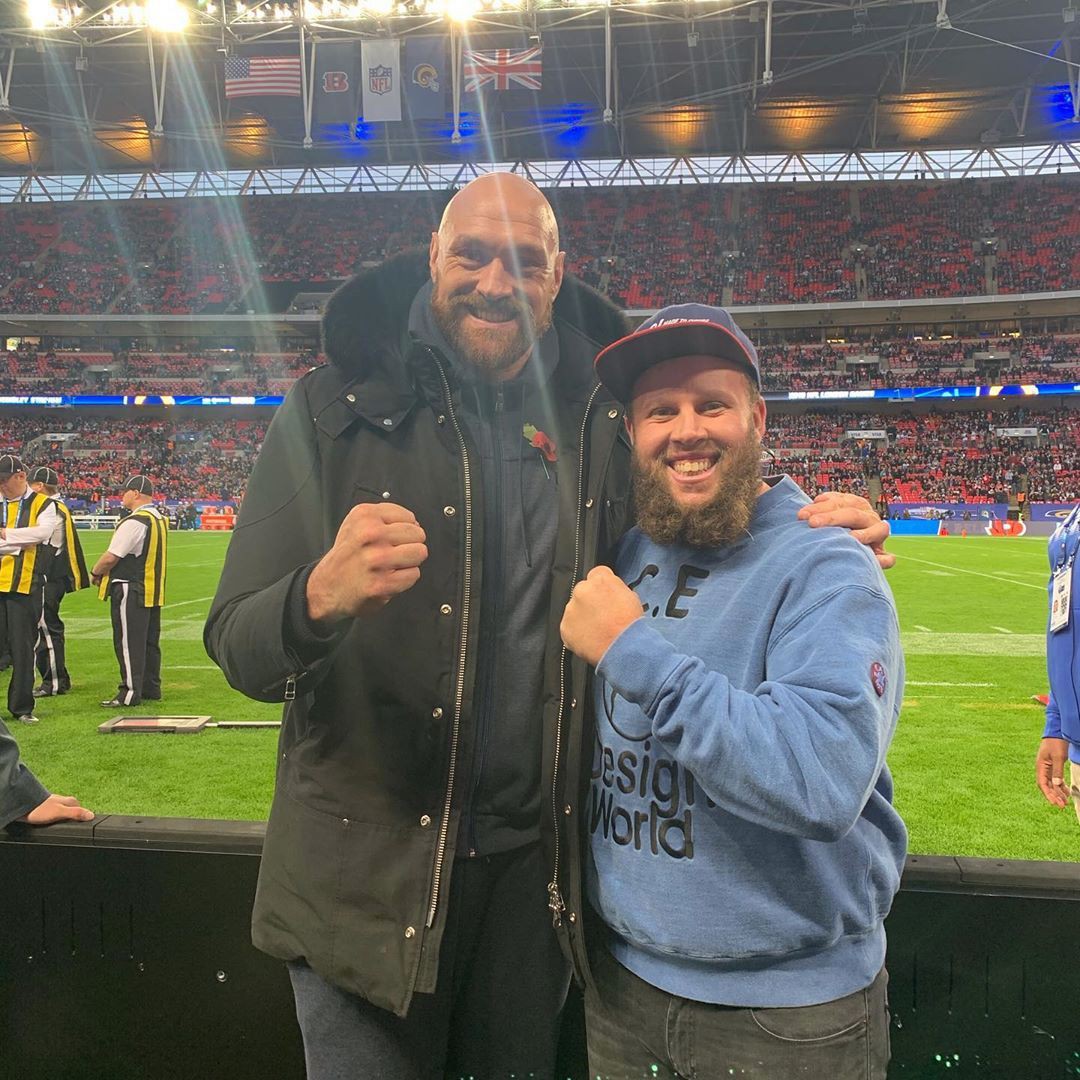 TYSON FURY, Andrew ‘Beef’ Johnston and Chelsea’s hat-trick hero Christian Pulisic were all in attendance at the NFL at Wembley yesterday.

The home of football played host to American football for the first time this season as Los Angeles Rams beat Cincinnati Bengals 24-10.

And there were a fair few familiar faces among the 83,720 in the crown in North-West London.

The event is being staged in Saudi Arabia but Fury made the most of his weekend off to take in a bit of NFL.

And after announcing he wants to go into MMA as well, don’t rule out the Gypsy King trying to get a deal to join a franchise.

At 6ft 9ins, he certainly has the physical size to do so – as he proved with his photo alongside Beef at Wembley.

The golfer from North London, 30, has three pro titles under his belt and finished tied-fourth at the Olgiata Open near Rome earlier this month.

Both Fury and Beef shared photos from pitchside on their Instagram with the boxer writing: “Nice to meet you pal,” and the golfer adding he had “great fun”.

Elsewhere, Chelsea duo Pulisic and Olivier Giroud watched the game together, just a day after the American’s treble in the 4-2 win away at Burnley.

Giroud had been frozen out for much of the season by boss Frank Lampard, preferring Tammy Abraham and Michy Batshuayi.

But the French World Cup winner came on for the final 20 minutes at Turf Moor, with the game and points already wrapped up.

He tweeted: “Amazing day yesterday with my man @cpulisic_10 at the NFL to see @RamsNFL and @TG3II get the win @NFLUK.”