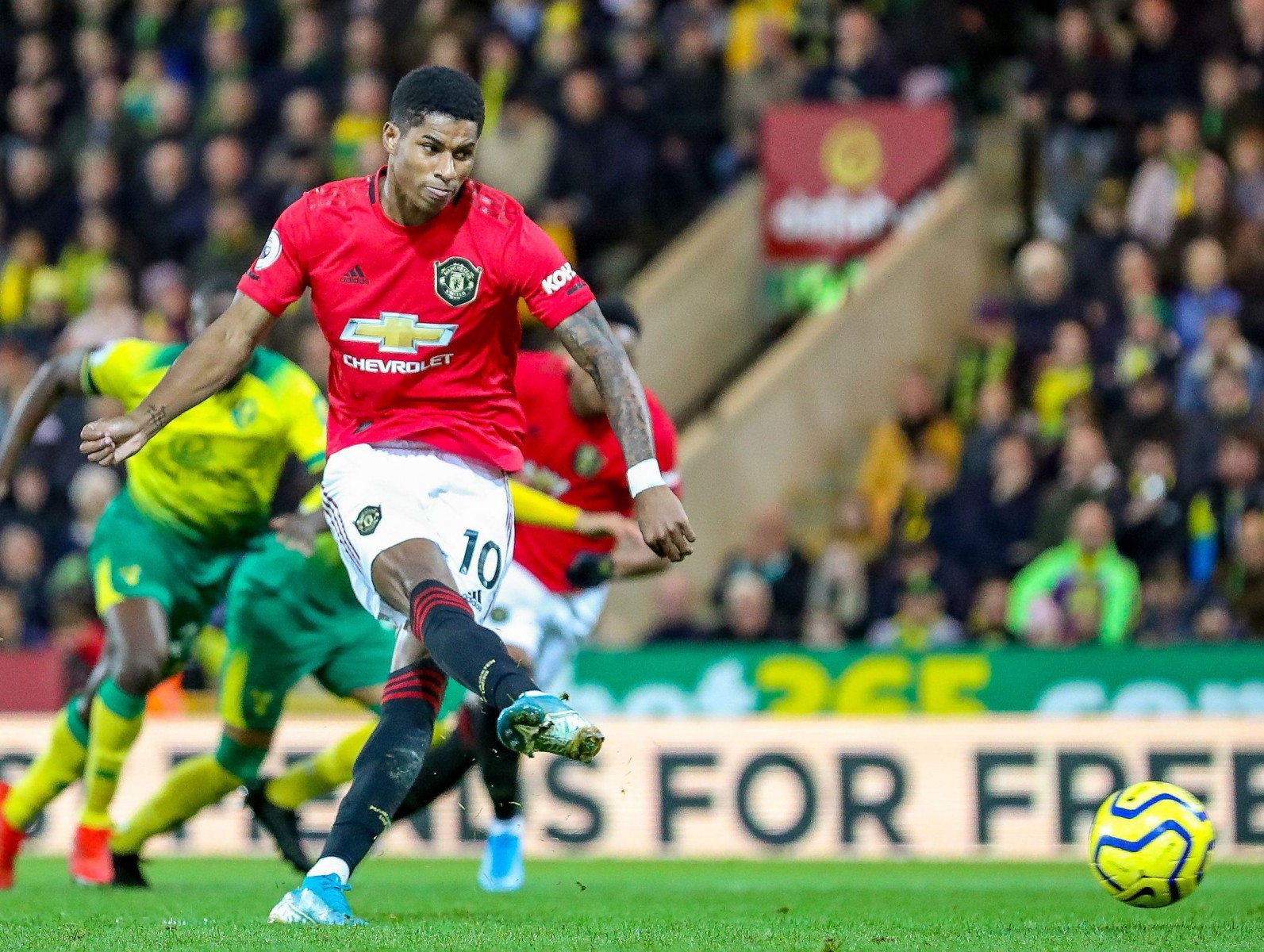 MANCHESTER UNITED striker Marcus Rashford has come in for some heavy criticism this season.

But these stats show that things aren’t at all bad for the England international. 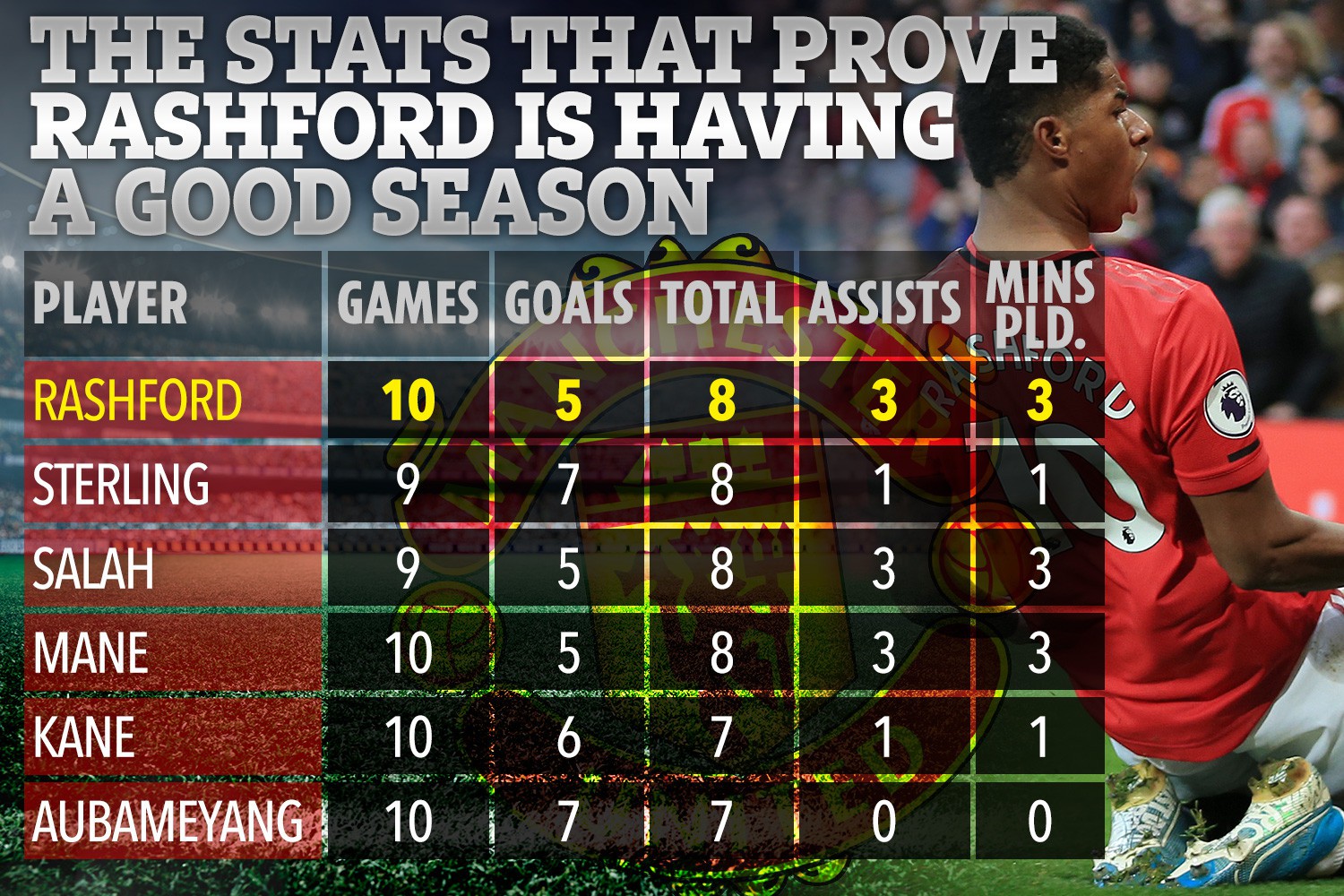 And Gary Neville was none too happy with the striker’s role in the penalty argument with Paul Pogba earlier in the season.

Pogba ended up taking the spot-kick against Wolves – and missed.

But at just 21 years old and 36 international caps to his name, the future is surely looking bright for Rashford.

This season he has recorded the same number of goals and assists in the Premier League as Liverpool star duo Mo Salah and Sadio Mane, and Manchester City attacker Raheem Sterling.

He is higher in these stats than Tottenham and England striker Harry Kane and Arsenal sharpshooter Pierre-Emerick Aubameyang.

Rashford netted for United in their 3-1 win away at Norwich on Sunday, but could have took himself clear of Salah and the rest in the combined goals and assists table.

Shortly after Scott McTominay had put Untied 1-0 up, the lively Daniel James was brought down in the area by Ben Godfrey – with VAR confirming the foul.

England forwardRashford, 21, stepped up confidently, but Tim Krul rescued the Canaries from any further problems.

Krul was famously brought on in the final minute extra-time of Holland’s 2014 World Cup quarter-final with Costa Rica by then-boss Louis van Gaal.

The former Newcastle man saved two penalties that night after replacing Jasper Cillessen in the 120th minutes as the Dutch reached the last-four.

But Rashford was still smiling when the full-time whistle went as he played a key role in his team winning their first away game since February.