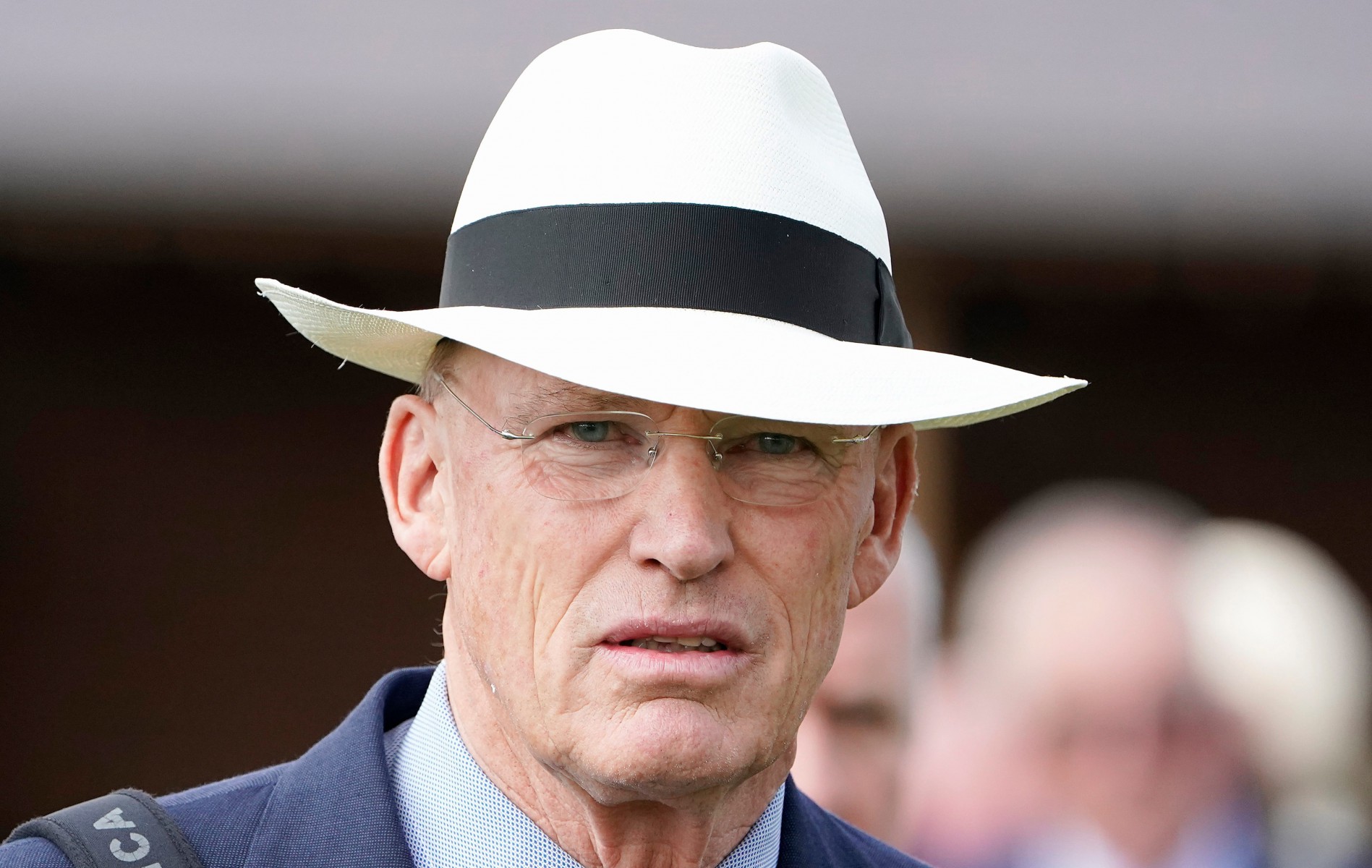 JOHN Gosden is a man for the big occasion.

And in the US, there are few bigger occasions than the Breeders’ Cup, which returns this weekend at Santa Anita.

Many British and Irish trainers have tried and failed to land the Classic, which is the feature race at this star-studded meeting.

But Gosden’s journey which started in the 1970’s had very humble roots, as he upped sticks and headed to California with barely a penny to his name.

Gosden said: “There was a period in England in the 70’s when it was the three-day working week and the winters of discontent.

“You couldn’t get a job for love nor money and I’d been an assistant in Newmarket for two years and then with Vincent O’Brien in ’77.

“But there was no way you could start your own training business there and I had no money to set one up if I wanted to.

“So I came out here to California and worked as a hot walker, walking the horses after exercise until they cool down, at Santa Anita and Hollywood Park.

“I managed to get three stalls in a barn in Santa Anita and start training in 1979. I was the groom and the hot walker so all I had to do was get a guy to ride them.

“You can start on a complete shoestring here, all you need is a saddle, a bridleand a bit of good will.”

There was plenty of good will on Gosden’s behalf, and it wasn’t long until he started to make his presence felt.

Bates Motel put him on the map with victories in the Santa Anita and San Diego Handicaps, whileRoyal Heroinegave him a win in the first ever Breeders’ Cup in 1984.

He said: “Two or three years later, along came a big horse called Bates Motel who won some of the big Californian races before the Breeders’ Cup started.

“I then had Royal Heroine who won the Mile in the first year of the Breeders’ Cup, and when that happens you’re off and running.

“You go from three horses to 15 and then 50 horses. Californian racing was very good to me and it was a wonderful place to get started.”

Raven’s Pass himself was a top-class three-year-old during the 2008 season, fighting several gruelling battles with Ballydoyle’sHenrythenavigator.

He mastered his old rival in the QEII at Ascot, after which the decision was made to target the Breeders’ Cup Classic, which would be staged on synthetic ‘pro-ride’ surface, rather than traditional dirt.

Gosden said: “We always felt that he’d handle the main track here at Santa Anita which was pro-ride at the time instead of dirt.

“The horse was quite keen and he wasn’t settling in his races. We couldn’t get it right and we over settled him in the Sussex and it all came together when he beat his old rival Henrythenavigator at Ascot.

“It was a month out to the Breeders’ Cup and we thought this would be a great race to come for.”

He would be ridden by Frankie Dettori in the big race, and Gosden revealed the Italian would go to extreme lengths to get an advantage.

He continued: “Frankie used to sneak into the barns at Santa Anita hiding under the back seat of his friend’s car because he didn’t have a permit to ride here in the mornings as an exercise rider.

“So he used to come around here and learn and used his own initiative, so he was a man who knew how to ride the track and he had Breeders’ Cup experience.

“He rode Raven’s Pass and the rest is history.”

Gosden and Dettori had the ultimate nerve-settler on the day of the race, as 11-2 shotDonativumstormed home to win the Breeders’ Cup Juvenile Turf.

Gosden recalled: “Frankie wriggled through a tiny hole to win with Donativum which was exciting.

“It set things up nicely for the Classic. Raven’s Pass was not easy, he half tried to break through the gate, but he settled well in the race and quickened up very impressively off the surface.

“Curlin was the big American horse in the race, he loomed up and ran well, Henrythenavigator his old enemy was in there and he chased us home again.

“It was a fabulous race and a fabulous day to come back to Santa Anita in 2008 and come full circle in my career.

“He was a lovely horse and it was a great days racing. There was a lot of argument here at the time about using synthetics instead of dirt.

“We absolutely loved the surface because you could quicken off it, whereas dirt racing is a different creature altogether, it’s all about gate speed and inevitably the first quarter is faster than the last quarter.

“In Europe that’s not how we race, we like to see a horse travel and finish strong. So the pro-ride was always going to suit our style of training and our breed of horse.”

As for the emotion after the race, Gosden admitted in didn’t sink until the early hours.

He said: “The emotion immediately afterwards was more one of relief, because we knew he had a big chance and he delivered.

“The elation came about midnight or 1am when I was around the bar with my wife Rachel and all my pals and we were all celebrating. It was a special day.”