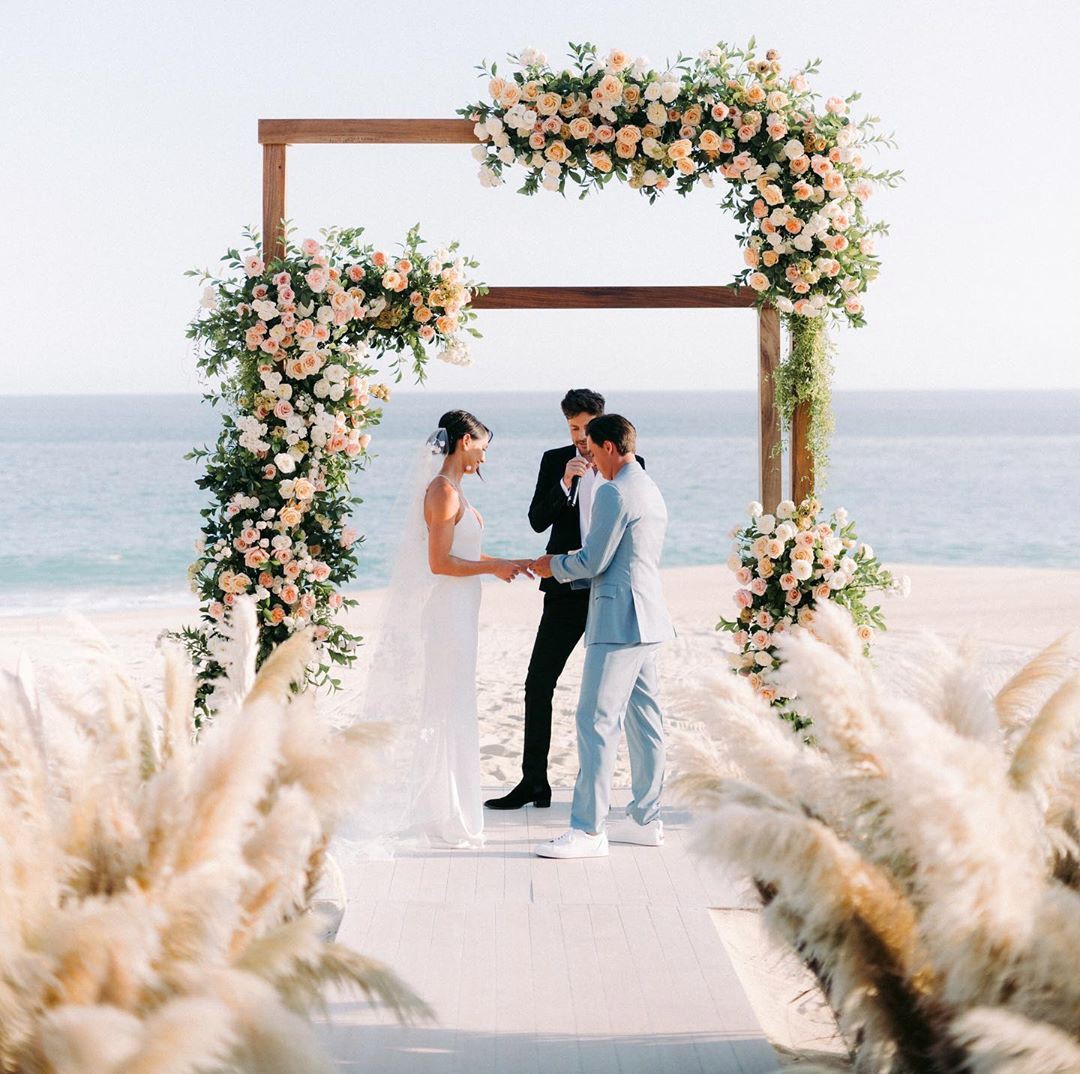 The American golf star, 30, wore a sky blue suit over a white T-shirt and trainers as he and his new wife tied the knot.

Set on a stunning white, sandy beach, Fowler and US pole-vaulter Stokke, also 30, appeared to not have a care in the world as they enjoyed every second of their wedding.

The happy couple looked very much in love, but Fowler’s dodgy outfit for the big day threatened to steal the show.

But it shouldn’t come as a surprise to anyone Fowler managed snatch the limelight… after all, he has form in that department.

In 2016, Fowler became an internet sensation after a picture of him – then single – shrugging his shoulders surrounded by his team-mates and their partners kissing after the USA’s Ryder Cup win, went viral.

The US had sealed a famous 17-11 victory but Fowler was caught in the middle of the party looking sheepish, the only single member of the 12-strong squad.

Fast forward three years and Fowler is now married – and happy to not have to re-live the days of single celebrations.

Last year, Fowler admitted: It was great being over and being part of these team events and just be on my own and get to see them and be a part of them.

“But yeah, its a lot better having someone you actually get to share it with and not go back to your room and be by yourself.

You get to hear about the day and what the girls did, and I can talk to Allison and tell her whats going on, what we did at the course, or whatever.

The decision to get married on a beach might have been a romantic one, with Fowler having popped the question while at the seaside last year.

The couple announced the news in an Instagram post that showed the golfer down on one knee with the caption: “Today is National Best Friend Day so I wanted to lock mine down… I WON!!”

Today is National Best Friend Day so I wanted to lock mine down…I WON!!