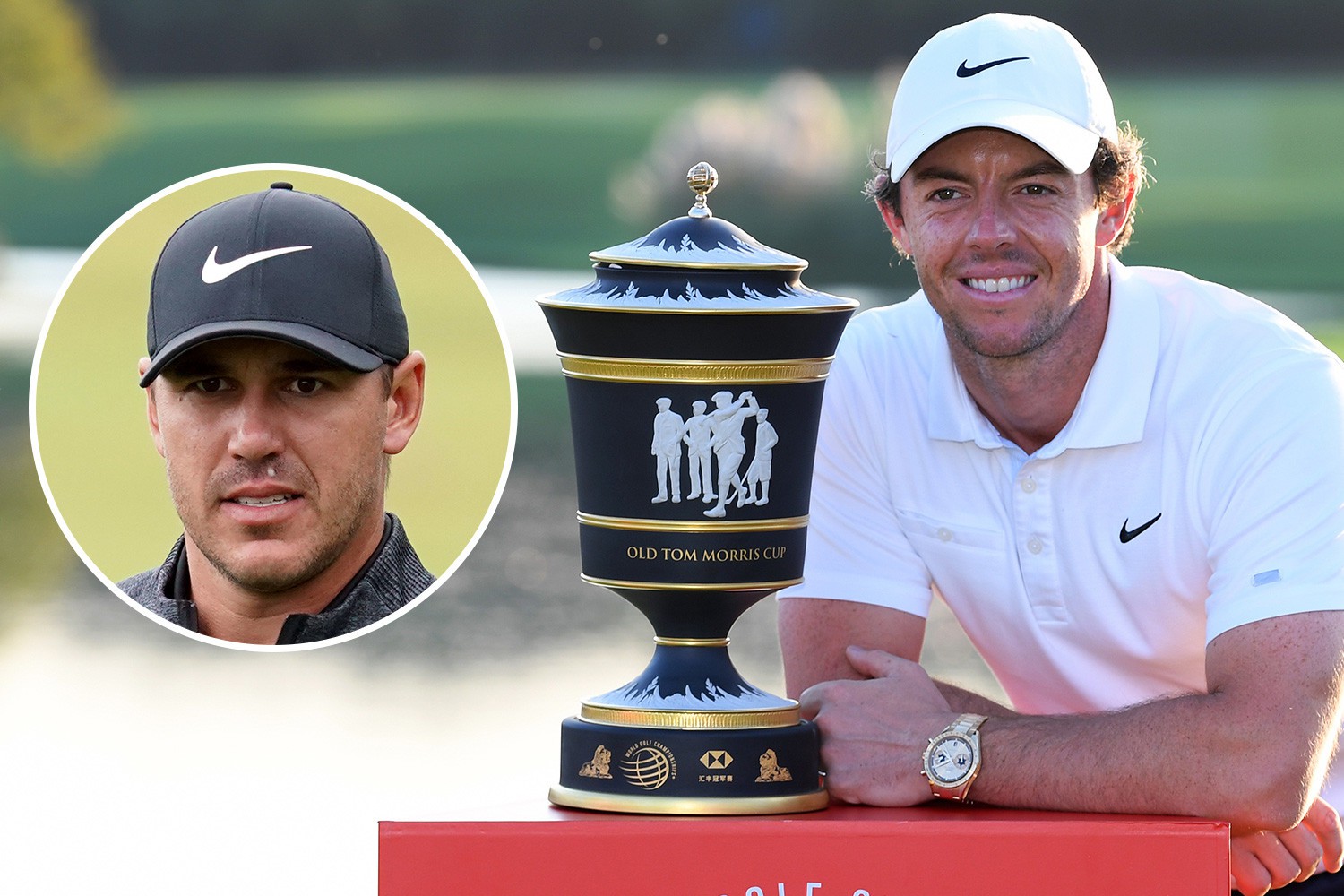 RORY McILROY set his sights on taking down world No 1 Brooks Koepka after making history with his win in the WGC-HSBC Champions.

Four-time Major hero McIlroy birdied the first hole of sudden death while all defending champ Schauffele could manage was a par after both finished four rounds on 19 under.

Koepka recently called out McIlroy – who has pocketed around 4,000 a SHOT this year – by saying their “rivalry” didn’t exist.

The monster-hitting American with the big biceps has won all four of his Majors in the time McIlroy has not won any.

And McIlroy suffered the ultimate embarrassment of missing the cut at Royal Portrush this year when he was fancied to win a second Claret Jug.

Koepka said: “Ive been out here for, what, five years? Rory hasnt won a major since Ive been on the PGA Tour.

“So I just dont view it as a rivalry.”

McIlroy – who will have the career Grand Slam if he wins next year’s Masters – basically admitted defeat by saying Koepka “wasn’t wrong”.

But this win at Sheshan International in China – combined with his Players triumph earlier in the year – appears to have coincided with McIlroy finding his backbone again.

Asked if he was chasing down Koepka, McIlroy, 30, responded: “Trying to. I’m trying to.

“I’m still a little behind I think but I’m getting there.

“This win definitely helps and if I can get another win by the end of the year, I’ll be feeling pretty good going into 2020.”

And Schauffele backed McIlroy’s credentials after the Northern Irishman picked up his fourth trophy of the year.

He said: “When he’s on, I’d say he’s arguably the best player in the world.”