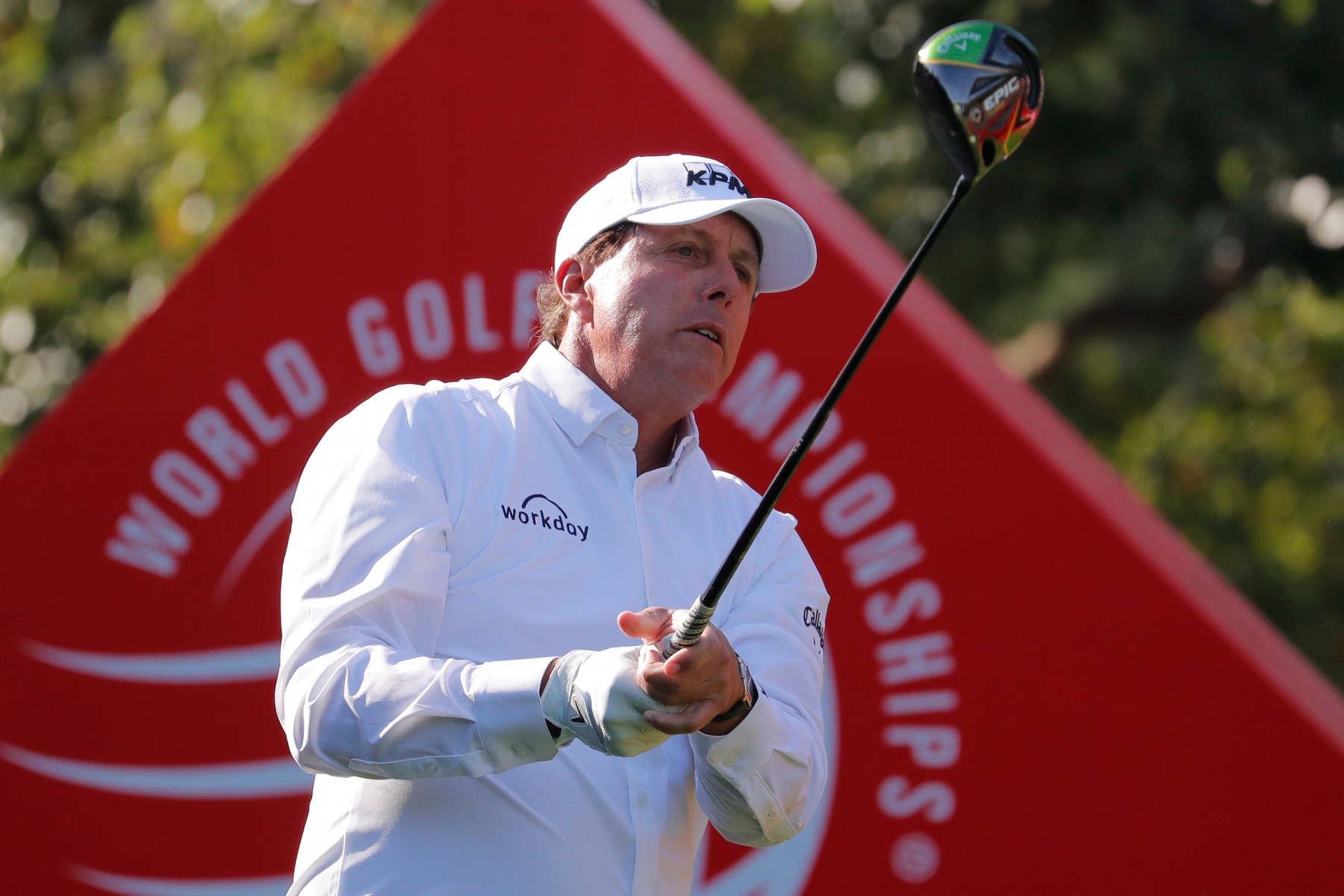 THE Streak is over. After almost 26 years as a permanent fixture in the worlds top 50, Phil Mickelson has dropped off the first page.

Leftys final-round four-under-par 68 for a five-under total and a share of 28th at the HSBC Champions event in China was not enough for him to maintain his precarious hold on 50th place on the world list a spot he has occupied for the past two weeks.

He was pushed down to No51 by Japanese player Shugo Imahira, who finished runner-up on home spoil in the Mynavi ABC Championship to leapfrog over Mickelson.

That secured his place as the answer to a quiz question that is bound to be a popular one in years to come.

Mickelson, 49, had spent an incredible 1,353 weeks inside the top 50 more than half of them in the top ten.

He never made it to world No1 blame Tiger Woods for that curious anomaly but filled second place on a number of occasions and finished the year at No2 four times.

The Streak began when a 22-year-old Mickelson moved from 51st to 47th by finishing runner-up to Tom Lehman at the Casio World Open on November 28, 1993.

The original Jurassic Park film was the biggest box office hit at the cinema at that time.
Mickelson cemented his place by winning at Kapalua in Hawaii to start the 1994 season and maintained an amazing level of consistency.

His run almost came to an end last year as he slipped to No49 in late January.

But the 50th victory of his career at the Mexico World Golf Championship event two months later his first win since the 2013 Open at Muirfield sent him storming back into the top 20.

Mickelson then claimed win No51 at Pebble Beach in February but it has been all downhill since then.
He has not managed a single top-ten finish in nine months.

Mickelson took the news on the chin and braced himself for another disappointment this week.

He has made the last 24 USA Ryder Cup and Presidents Cup teams, stretching back to 1995.

But his poor form means he has no chance of getting a pick when skipper Woods names his four wildcards on Thursday for next months clash with the International team at Royal Melbourne Golf Club.

Mickelson who has three Masters, one Open and a USPGA crown to his name commented: Ive played terribly for most of this year and even if I had won last week, I wouldnt have deserved a pick for the Presidents Cup.

Theres much better players who have played better throughout the year, so I wont be on the team this year.

I had a lot of other stuff going on and I just havent been really focused and into the mental side. I havent seen good clear pictures.

I havent been as committed and as connected to the target. I just havent been mentally as sharp over the last six to eight months.

But I intend to come back strong, play well and get back on the Ryder Cup team next year.

HSBC winner Rory McIlroy now takes over as the player with the longest unbroken run in the top 50.

Just another 782 weeks to beat that Mickelson record then.