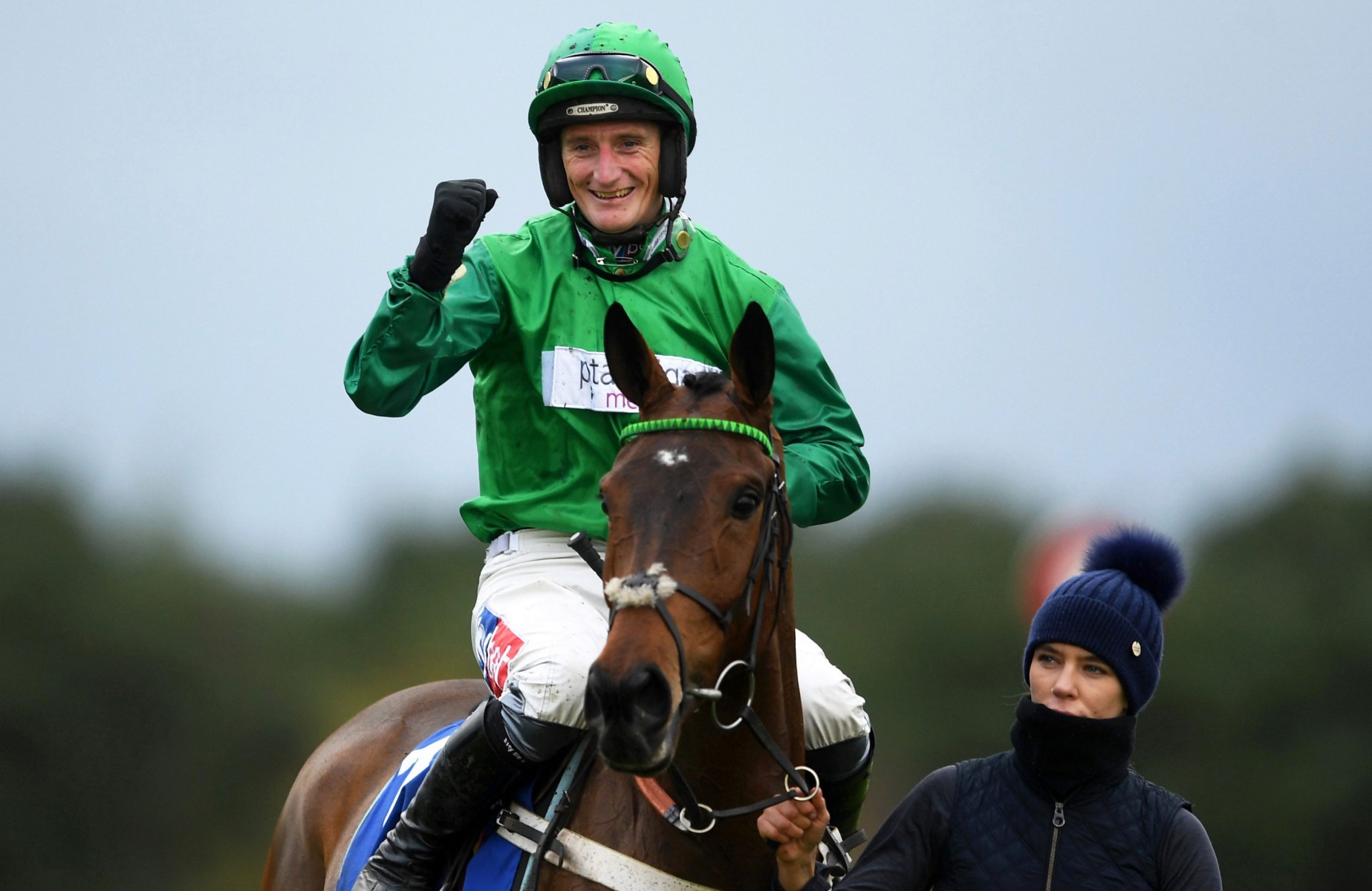 HARDY Janika opened up a host of big-race options with victory in the Coral Haldon Gold Cup.

Daryl Jacob sat pretty throughout on the improved six-year-old and the pair danced round to land the 70k Grade 2 at Exeter.

Under top weight and giving pounds away to horses such as God’s Own and Dolos, Janika hit the front entering the home straight and his jumping saw him home up the stiff finish.

Dolos ran a solid race in second with Dan Skelton’s Destrier an admirable third despite a couple of sketchy jumps at crucial points in the race.

The winner rose from 145 in the ratings up to 162 without winning last campaign and can now be aimed at some fancier prizes for Isaac and Souede and Simon Munir.

Jacob said: “This is no more than the horse deserves, were delighted. We needed to learn more and we did that.

“This was a lovely starting point for our horse. I thought the handicapper was a bit harsh on him last year so it was great to get his head in front here.

“Hes only a young horse and hes had a good summers break. Its nice for the horse, hes run some magnificent races in defeat so this was double nice.

“The drop in trip was a little bit of a question mark but they went a nice gallop and the ground was quick enough for him you know. He wouldnt mind it a bit softer.”

Janika was made the 8-1 joint favourite for next weekend’s Betvictor Gold Cup at Cheltenham despite the quick turnaround.

The six-year-old was also given quotes of 16-1 for the Champion Chase and Ryanair later down the line at the Festival.

Jacob is unsure where he’ll go next but is confident he’s a proper horse to go to war with for the rest of the season.

He added: “Soft ground over two up to two-and-a-half should be no problem but I wouldnt say hed be going over two on a flat track with no dig anytime soon.

“Hes only a young horse and he could still have some improvement. He could get better as time goes on, hes only six.

“Hes gone from the big handicaps into top company like this and it gives us plenty more options.

“We now have a lot clearer mind of what we can do with him for the rest of the season after that and its exciting.”