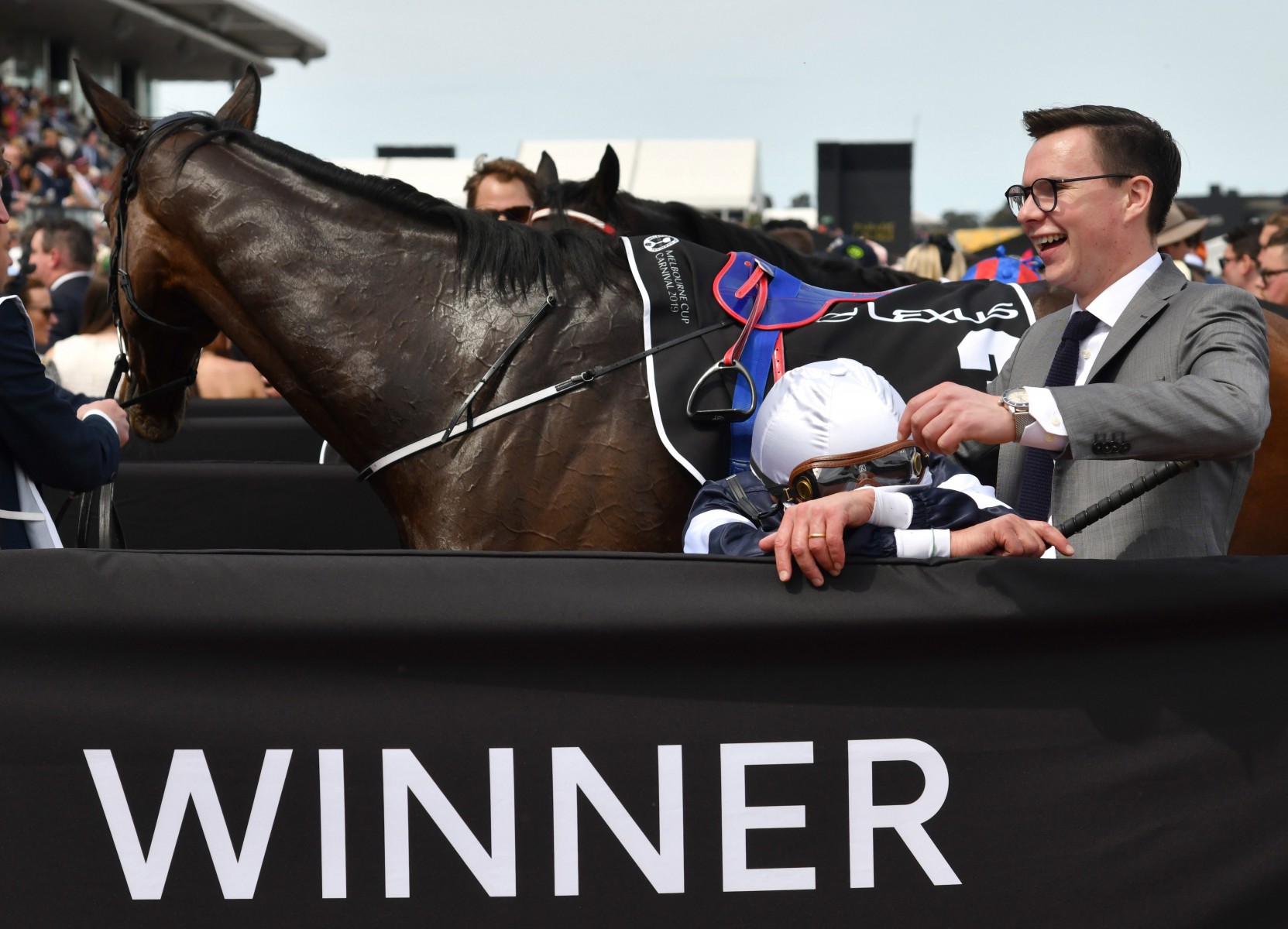 ITALIAN superstar Frankie Dettori was in trouble Down Under on Tuesday morning after he caused interference aboard runner-up Master Of Reality in the Melbourne Cup.

Racing Victoria’s stewards objected to his effort on Joseph O’Brien’s contender – ruling that he was unable to keep his mount in a straight line – and suspended him until November 14.

They believed Dettori’s reckless riding caused fourth-placed Il Paradisosignificant disruption and demoted both jockey and horse from second to fourth.

Prince Of Arran,who passed the post in third, was promoted to second, while Il Paradiso was bumped up to third.

A gutted Dettori said: Master Of Reality was looking for company and went left but I had both hands on my reins and corrected him.

“Perhaps I could have corrected him a stride earlier, but it was very minimal interference.

Dettori was visibly upset as owner Nick Williams embraced him in the winner’s enclosure afterwards, mouthing ‘I want to cry’ to both Williams and trainer Joseph O’Brien.

Williams, whose wait for a first Melbourne Cup victory continues, said: Im shattered for Frankie as hes so determined to win this race.

“He gave our horse every chance and nothing would have been better than to win the Melbourne Cup with Frankie, who is the worlds best for a reason.

Master Of Reality is a proper two-mile horse and has done a great job for us. Without winning a big race he has certainly given us some thrills.

O’Brien said: Im more gutted for Frankie than I am for myself.

Ill be back next year but I dont know if Frankie is ever going to win this race.