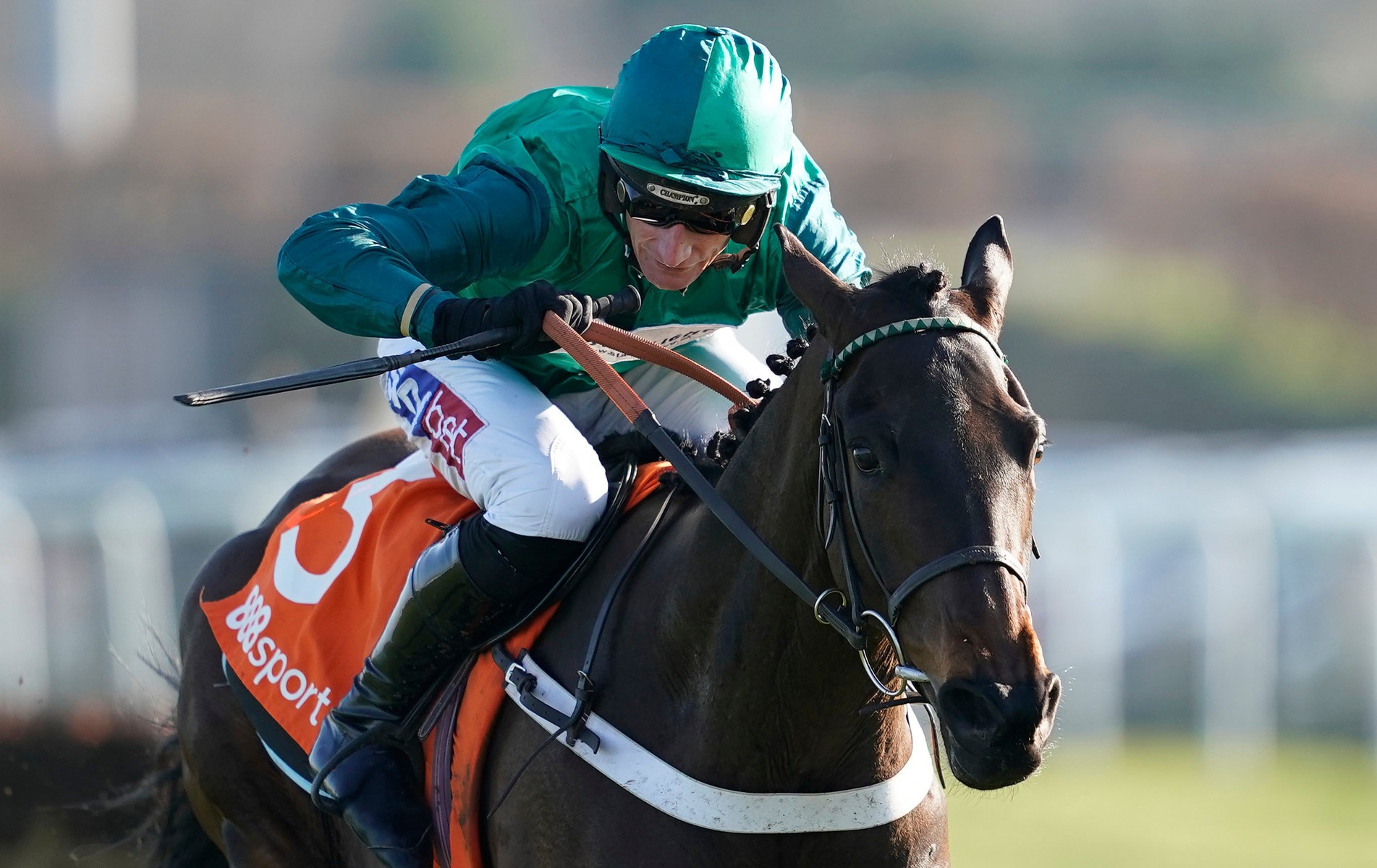 WINCANTON, Aintree and Doncaster headline the fare on Saturday, with the Elite Hurdle taking centre stage in Somerset.

Here are five horses who could light up a wet and windy afternoon’s action.

Nicky Henderson’s long thought the world of his four-year-old, who’s won both his starts for the Seven Barrows maestro.

An astonishing nine-length victory in the Adonis Hurdle preceded another romp in Grade 1 company at Punchestown and he’s clearly got oodles of talent.

Injury kept him off the track during the Cheltenham Festival last year but there have been no such problems this time around and he remains a very exciting prospect.

Already 11/8 for Saturday’s Elite Hurdle, he’s bound to shorten further and it will be fascinating to see him pitched into open company.

Bryony Frost gets on famously with Paul Nicholls’ veteran, who jumps like a stag and stays all day.

He’s now 4lb higher than when winning last year and 6lb higher than the year before, but you’d be a fool to suggest he won’t be bang there once again.

A wind operation may have helped him, too, and you can be sure he’ll give it his best shot.

Well-regarded at home and a wide-margin winner of two bumpers, Windsor Avenue is off the mark over hurdles for Brian Hughes and @BERacingLtd at @HexhamRaces: pic.twitter.com/U6s0Bam4py

Brian Ellison has made no secret of the regard he which he holds Windsor Avenue – and it’s easy to see why.

Easy winner of both his bumpers, his hurdle campaign was a bit stop-start but he’s better judged on his chasing debut last month, where he thumped a good field.

His market leader may not have fired on all cylinders then but it was still a commanding performance, and his jumping was seriously impressive.

He’s entered at Carlisle on Monday but hopefully Ellison will choose to send him to Aintree where he can prove just how exciting he is.

However, she was reportedly not fully fit that day and improved on that form when just losing out in the Ryanair Stayers’ Hurdle at Aintree.

That form is extremely strong and with the potential for even better this term, she deserves the ultimate respect in all the top races.

Entered in Aintree’s 2.10 conditions hurdle on Saturday, she’ll take some beating if ready to go.

Peter Chapple-Hyam doesn’t get many good ones these days but he’s certainly got one very talented colt in Deja.

A winner of four of his five starts, he defied a long break to bolt up in a competitive Kempton handicap last time out and isn’t done with just yet.

Now off a mark of 100, he’s a strong favourite for Saturday’s November Handicap and connections clearly still think he’s well-treated.

If he wins that then we’re talking about a pattern horse for next year.