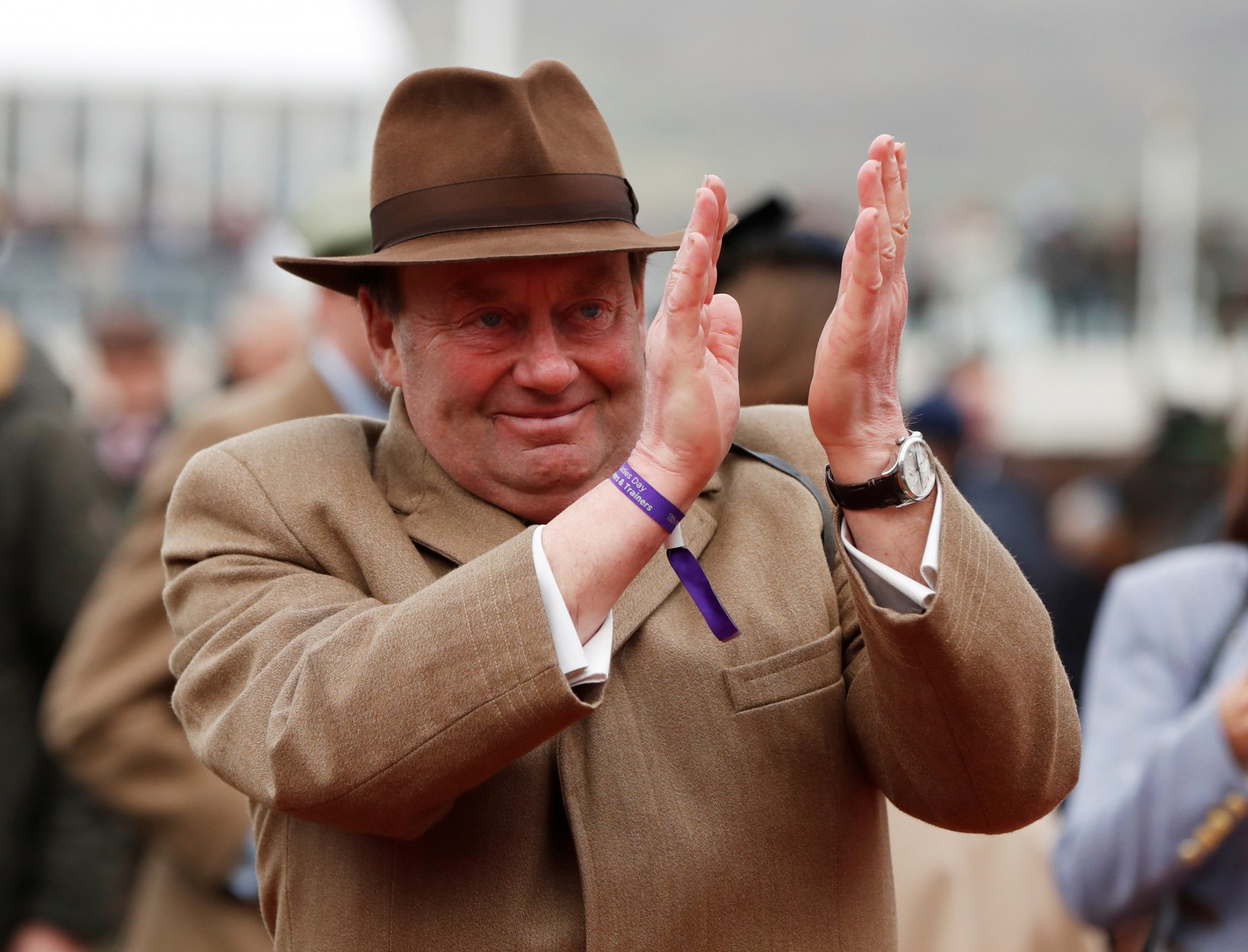 CHAMP’S long road to Cheltenham starts out at Newbury on Thursday afternoon.

Nicky Henderson’s emerging star – named after AP McCoy – makes his chasing bow in the 2.05 up against five rivals.

And the Seven Barrows boss is looking forward to seeing his seven-year-old jump his first fence under rules after a couple of away days.

Henderson said: “His work has been good and he is working well.

“He has not always been a flashy horse at home but he has done nothing wrong in life so far.

“First time out I wouldn’t have minded going two and a half (miles) but this is only a couple of furlongs further, we know he stays and there are so few opportunities.”

Owned by JP McManus, Champ has been on two away days at Warwick and most recently after racing at Chepstow at the end of last month.

He added: “He went to Chepstow the other week and he was great.

“It has been very dry at home that is why he has had the two away days at Warwick and Chepstow.

“We are schooling all the time on the carpet school but he just needed some experience over proper fences as he found it a bit too easy at home.

“He needed to see full size fences just to respect them as he can be quite keen. Having the two away days has done him no harm.”

Champ won’t have things his own way and faces opposition from the likes of Beakstown and Dashel Drasher, both who hold smart form in novice hurdles.

But Champ will be a warm order in the famous Green’n’Gold and if things go to plan will – even at this stage – be spoken about as a Festival horse.

After all, it’s only 124 days until Cheltenham…