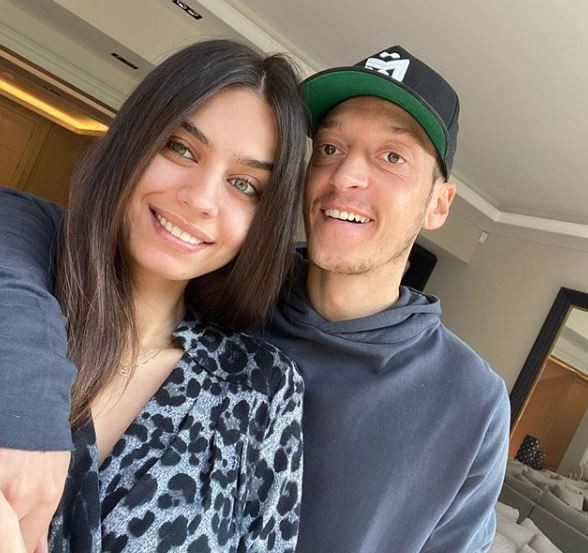 MESUT OZIL was a party animal who “loved ladies” and “knew how to fire it” in nightclubs, claims former team-mate Nicklas Bendtner.

The firebrand ex-Arsenal striker goes so far as to say he was a “concierge” for his ex-Gunners pals in an explosive new book.

But it is the description of 350,000-a-week playmaker Ozil which is the most eye-catching.

Bendtner – who recently claimed he was sexually assaulted as a 16-year-old – says he took World Cup winner Ozil for a night out in London three times during his first week in the capital.

This came despite Ozil angrily denying claims Real Madrid sold him because he partied too much.

Bendtner – who said he hid in the ladies toilets to avoid lessons when at Arsenal’s academy – claims Ozil “loved ladies” when he was a single man.

He dated singer Mandy Capristo in 2013 before settling down with Gulse.

Bendtner, who is writing about the time of Ozil’s arrival in 2013, says in new book Both Sides: “The Germans Lukas Podolski and Mesut Ozil have also joined.

“Ozil is a game distributor and should have been at odds with Real Madrid because he was partying too much.

“He denies that of course.

“On his second day at Arsenal, he visits me for training. ‘I hear you’re the go-to guy if you want to look around in the nightlife?’

“Without going into detail you can safely say that there is something about the talk. Ozil is a bachelor, and during his first week in London we take the trip three times.

“He does not act crazy or particularly demanding when he is out, but he knows how to fire it.

“And like so many others, he loves ladies. No doubt about it.

“Many people describe the guy as a bit arrogant, but that’s not my experience.

“He’s just quiet by nature and it can confuse people.

“Ozil [like many others] made use of my local knowledge. I almost became a kind of concierge for my team-mates.

“If they can’t get a table at a restaurant, I’ll call and get a few extra chairs.

“If they want to be on the guest list for a club with strict membership requirements, I’ll call and make it happen.”