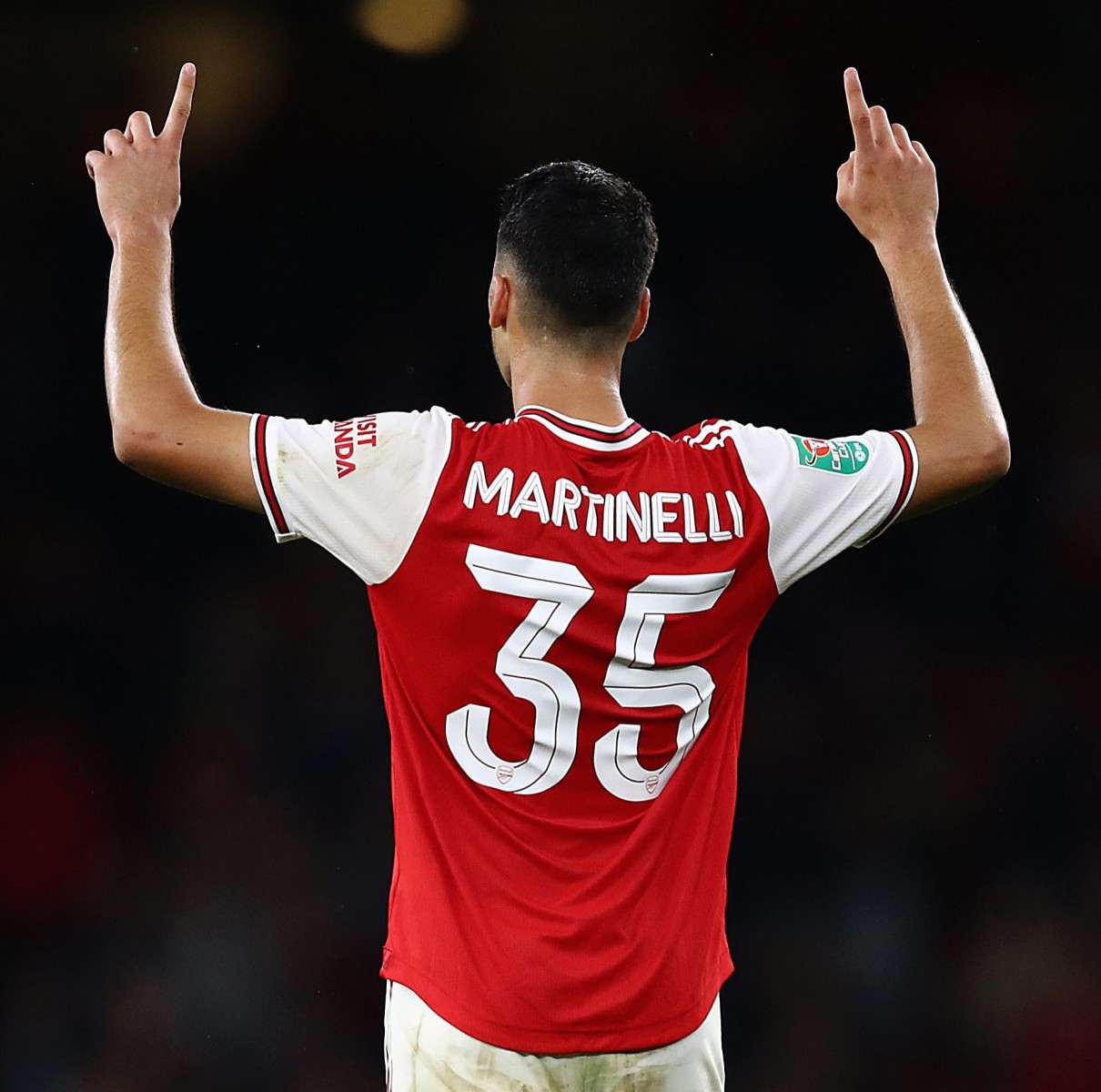 SO far the goalscoring exploits of Gabriel Martinelli have been restricted to the Carabao Cup and the Europa League.

But there is no doubt that the 18-year-old Brazilian striker is way ahead of where anyone expected him to be in his debut season with Arsenal.

With seven competitive goals to his name for his new club, already he has hit the net in England almost as many times as he did in Brazil where he came through the ranks with Ituano, a small team close to Sao Paulo that until recently were run by former Middlesbrough star Juninho.

Indeed, it could well be the case that he is already better known in England than he is back at home.

His experience with Ituano was limited to regional football. He did not get anywhere near the national first or second division. This, though, was never the aim.

He always had his sights set on England one reason for joining Ituano, where Juninhos connections could prove useful.

But a chance is coming for the Brazilian population to get to know him better. He has been called up to the national Under-23 squad which will spend the coming FIFA dates playing a tournament in Tenerife.

The Under-23s are preparing for the Olympic qualifying tournament, which will take place in Colombia between January 18th and February 9th.

This plays big in Brazil. The football tournament is always one of the highlights of a Brazilian Olympic campaign, and, of course, they are the reigning champions.

But the qualifying tournament presents a problem. This is the first time since 2004 that South America has bothered with the Under-23 qualifiers.

For the Games in 2008, 12 and 16 the continent used the Under-20 tournament to sort out its Olympic places.

CLUBS DON’T HAVE TO RELEASE PLAYERS

There is no obligation on clubs to release players for the qualifying tournament which does not take place on FIFA dates.

Indeed, there is no longer any obligation on clubs to release players for the Olympic Games, which next year will be celebrated in late July and early August.

So Gabriel Martinelli will have the chance to pull on the Brazil shirt in Tenerife later this month.

But there is no guarantee that he will be available at the start of next year for the Olympic qualifying tournament which, as South America has only two places, is no formality.

Arsenal will be within their rights to keep the player in London. Why send him across the Atlantic to play in a gruelling competition in the South American high summer?

The successful teams will be obliged to play at least seven games in just over three weeks.

If he has a role to play in the Arsenal first team and his opening few months would seem to indicate that he does then Gabriel Martinelli will have to wait a while to represent his country in full blooded, meaningful matches.