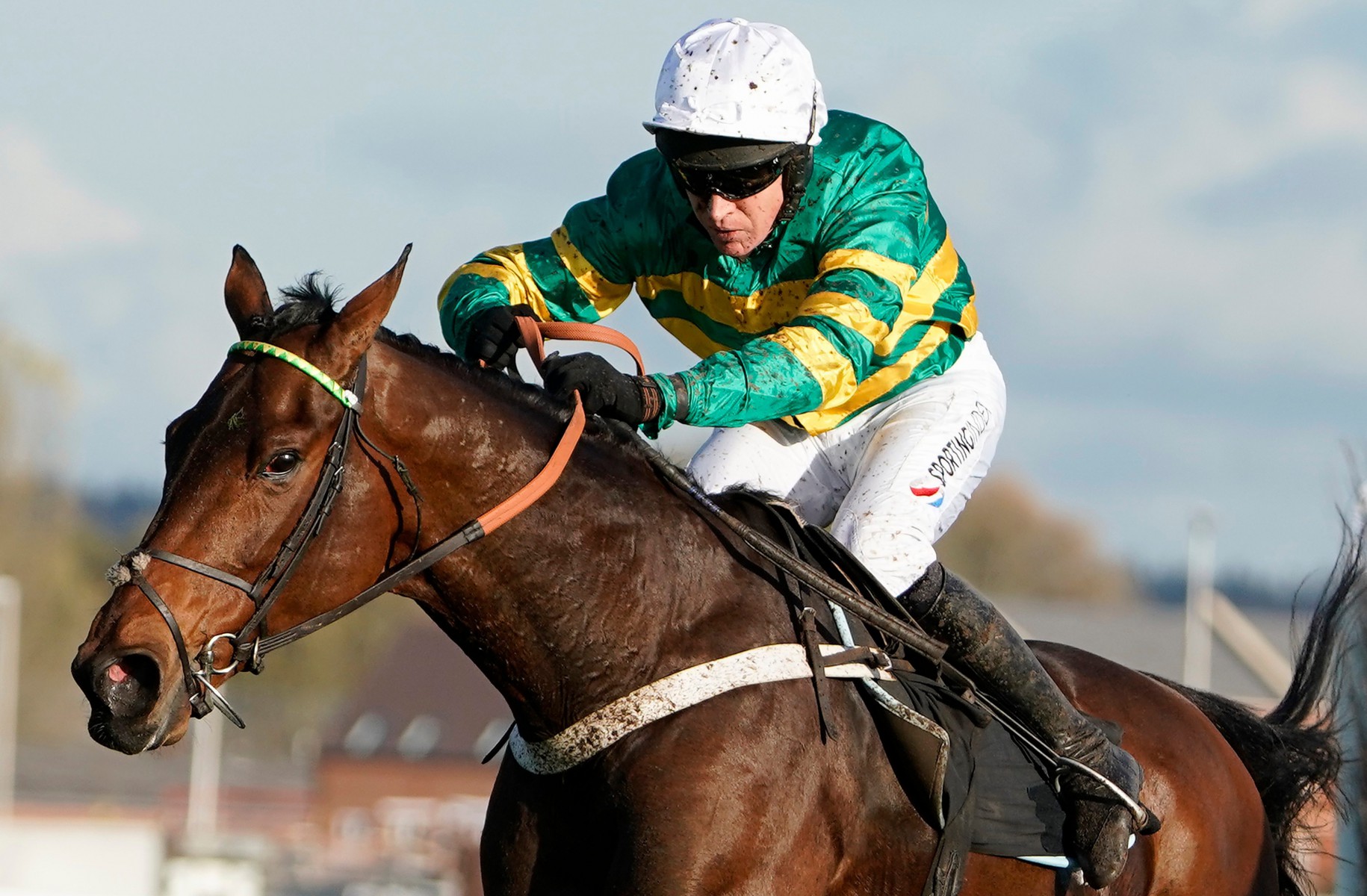 CHAMP got his chasing career off to a dream start.

Nicky Henderson’s crack novice – named after AP McCoy and already a double Grade 1 winner – was neat, tidy and professional as he sauntered around Newbury on Thursday.

Champ showed his class at Newbury under Barry Geraghty

Sent off a warm 8-13 jolly, Barry Geraghty sat pretty as his partner did the hard work fence-by-fence.

Watching from Barbados, McCoy and racing powerhouse JP McManus would have had one or two deep breaths but Geraghty was always in command and his class shone through on the run in.

It was no easy task on paper with the formidable Beakstown and Dashel Drasher – who ran into second – no mugs, but Champ lived up to the hype.

A relieved Henderson said: “I thought that was just about all you could ask for, he hardly put a foot wrong.

“He had a lot of respect for his fences today and thats what we were trying to do. Early on at home he was quite quick over them, finding it a little easy.

“You feel the pressure off your shoulders, especially when they do it so nicely. It was all very professional and clean.”

The seven-year-old will likely step back up to three miles but next up targets are still in the air.

Henderson added: “He has a lot of gears, he isnt slow and its amazing how much he enjoyed that three mile trip at Aintree. I probably ran him in the wrong race at the Festival.”

Bookmakers were suitably impressed and cut Champ into as short as 4-1 for the RSA Novices’ Chase at Cheltenham.

Henderson continued: “Weve got lots of options now. The obvious place now is Kempton for the Kauto Star but wed be pushed to take in another race.

“JP and AP are over in Barbados so theyll tell us where to go. He is a clean horse anyway, practice will be a good thing.

“We took him away as we just wanted to get him to see a good fence and just teach him to stand off them and respect them.”

AP McCoy’s wife, Chantelle, and son Archie were in attendance to collect the prize and this horse is going the right way in living up to his name.