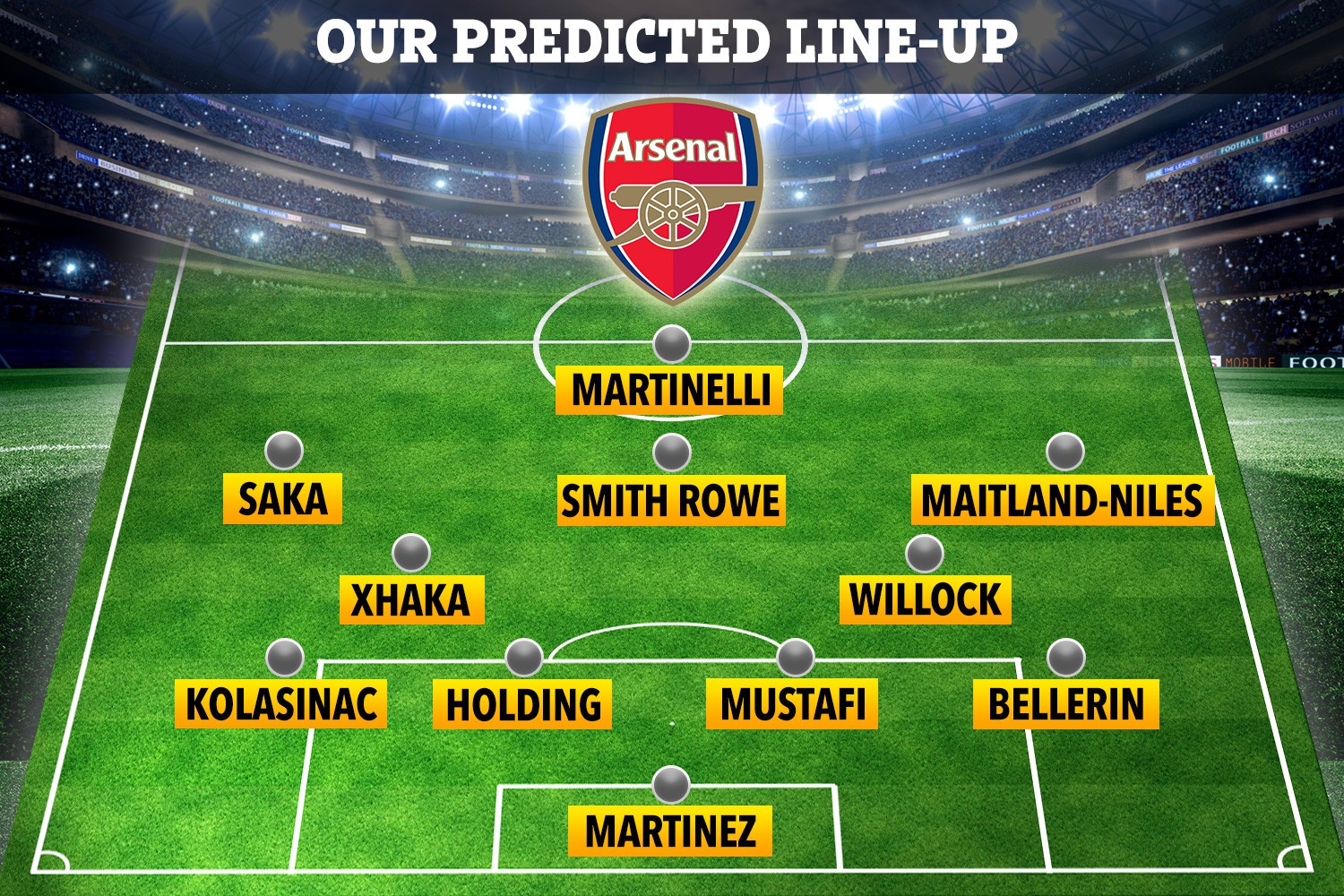 GRANIT XHAKA looks set to return from his “f*** off” rant at Arsenal fans as the Gunners take on Vitoria tomorrow afternoon.

Unai Emery’s side can book their place in the Europa League knockout stages when they travel to Portugal having won their opening three group games.

And it looks likely to be the game where Xhaka makes his return to the first team.

The club captain has not played since his meltdown when subbed off against Crystal Palace on October 27.

Xhakahas been heavily criticised after hereacted angrily after being jeered by Gunners supporters at the Emirates, with the player cupping his ears to the fans before storming down the tunnel.

The Switzerland internationalhas since apologised for his actions, where he revealed he reached “boiling point” after receiving sickening abuse online.

He said: “After taking some time to reflect on what happened on Sunday afternoon, I would like to give you an explanation rather than just a quick response.

“The scenes that took place around my substitution have moved me deeply. I love this club and always give 100 per cent on and off the pitch.

“My feeling of not being understood by fans, and repeated abusive comments at matches and in social media over the last weeks and months have hurt me deeply.

“People have said things like ‘We will break your legs’, ‘Kill your wife’ and ‘Wish that your daughter gets cancer’. That has stirred me up and I reached boiling point when I felt the rejection in the stadium.

“In this situation, I let myself be carried away and reacted in a way that disrespected the group of fans that support our club, our team and myself with positive energy.”

He was left out of the Carabao Cup classic with Liverpool and then did not make the matchday squad on Saturday as Arsenal drew 1-1 with Wolves but is on course to return tomorrow.

Elsewhere, Gabriel Martinelli will look to add to his seven cup goals in four appearances for Arsenal in Portugal – as Emery looks set to stick by his teenager forward up front.

Shkodran Mustafi could start at centre-back while Calum Chambers may be given a rare game in the heart of the defence.

At left-back, Emery is likely to stick with Sead Kolasinac to keep Kieran Tierney fresh for the trip to Leicester next weekend.

Lucas Torreira is another option in midfield if Emery feels Xhaka is not ready to start.

Nicolas Pepe came off the bench to score two free-kicks and win the reverse tie at the Emirates last month but may have to settle for a place among the substitutes again.

Emile Smith Rowe and Bukayo Saka will both be desperate to start but the manager may opt for the more experienced duo of Pepe and Mesut Ozil to support Martinelli instead.

The game is kicking off on Wednesday at 3.50pm due to Uefa regulations on kick-off times and dates of matches within countries.

Vitoria’s rivals Braga face Besiktas on Thursday and the governing body decided to bring Arsenal’s game forward a day to ease traffic congestion and the pressure on Portuguese authorities.