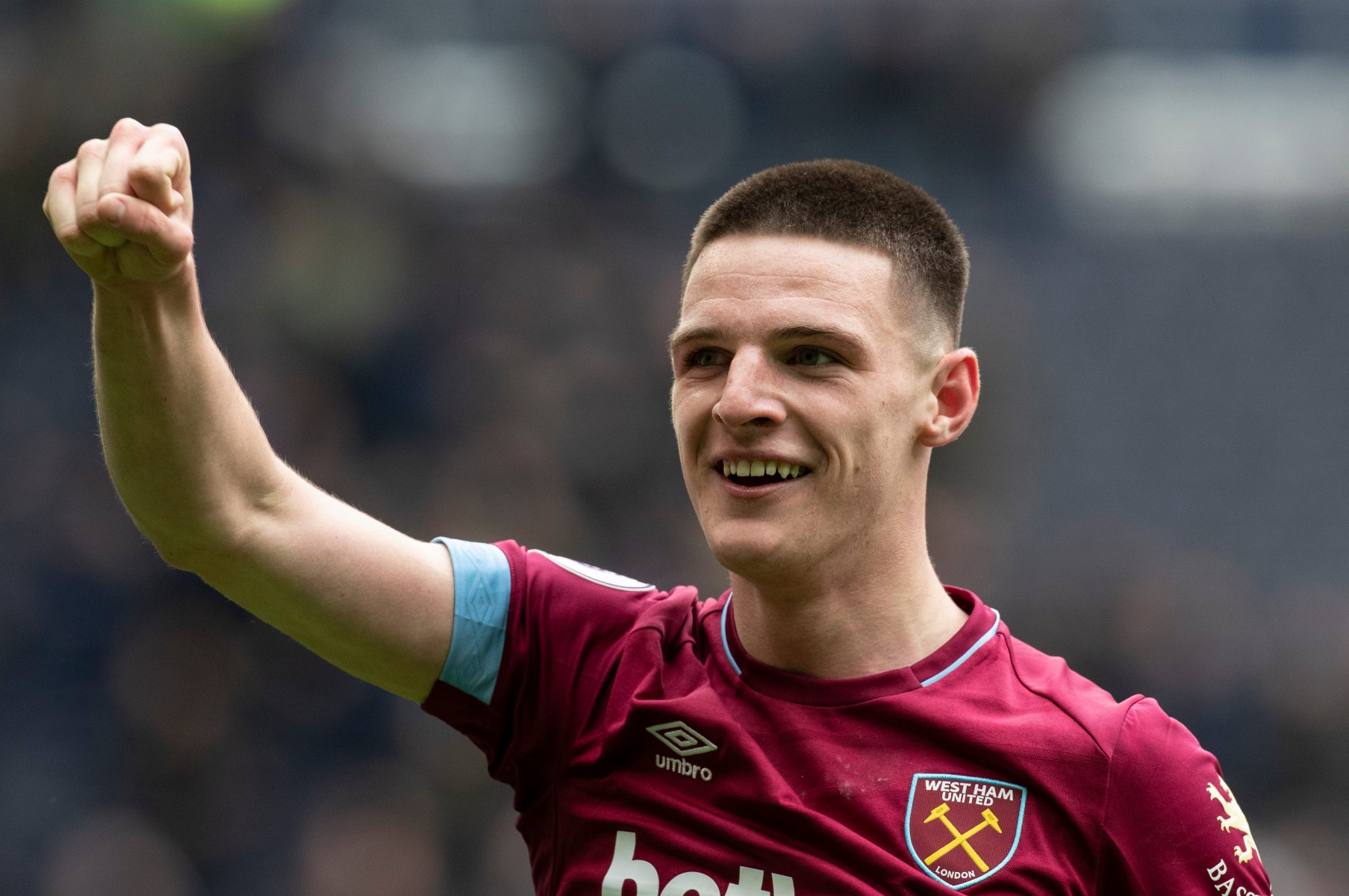 The Irons and England star, 20, is said to be the Old Trafford club’s No 1 target for the next window, report Goal.

United failed to sign a midfielder in the summer after losing Ander Herrera and Marouane Fellaini.

Instead they splashed 80m on centre-baclHarry Maguire and looked at more attacking options in Aaron Wan-Bissaka and Daniel James.

Club-record signing Paul Pogba is injured and being heavily linked with a move to Real Madrid.

Nemanja Matic could leave the club at the end of the season.

Goal say Rice would cost 80m but that the club hierarchy – which includes executive vice-chairman Ed Woodward – are prepared to back Solskjaer’s design.

The initial goal is to try to sign Rice next summer.

But it is claimed that preparations have already started to bring him in during the January sales.

Rice spoke last month about his commitment to West Ham.

He said: “I signed a five year contract with West Ham last year, which will keep me at the club till I’m 24, and for me this is the best place to be right now.

“I am playing for a manager who has given me my chance and played me week in, week out.

“I’m improving every week and although I see all this speculation, I don’t really think about it too much.

“It’s all talk until something happens – and nothing has – so I’m just focused on West Ham, doing my best and making fans happy.”