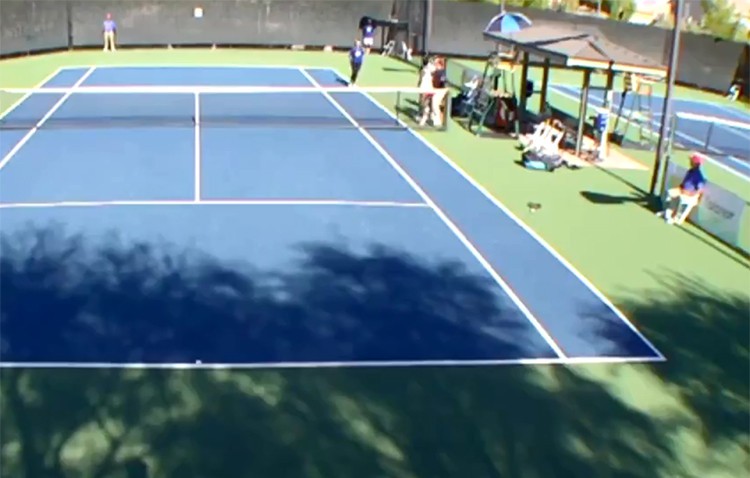 TWO female tennis starlets brawled on court at the end of their match over an allegation one squeezed the other’s hand.

Sebov won over two sets (6-0, 7-6) and footage showed the pair meeting at the net for what is usually the obligatory post-match niceties.

However Parks threw away her racket as the defeat was confirmed.

As they made their way to the end of the net, the umpire jumped down from their chair to separate the players as Parks appeared to throw a jab at her rival.

Stewards also rushed over to calm the incident that American youngster Parks attributed to a violent handshake by her opponent.

After the last-16 match, she claimed: “She squeezed my hand very hard.”

And fellow US tennis player Sachia Vickery tweeted: “I was there she def squeezed her hand at the net [sic].

“I hope they dont try to spin this. The ref clearly says he saw it.

“Wont be shocked if nothing is done about it tho p.s hold the racist comments and claims that Alicia acting ‘ghetto’.”

The International Tennis Federation has opened an investigation into the matter.