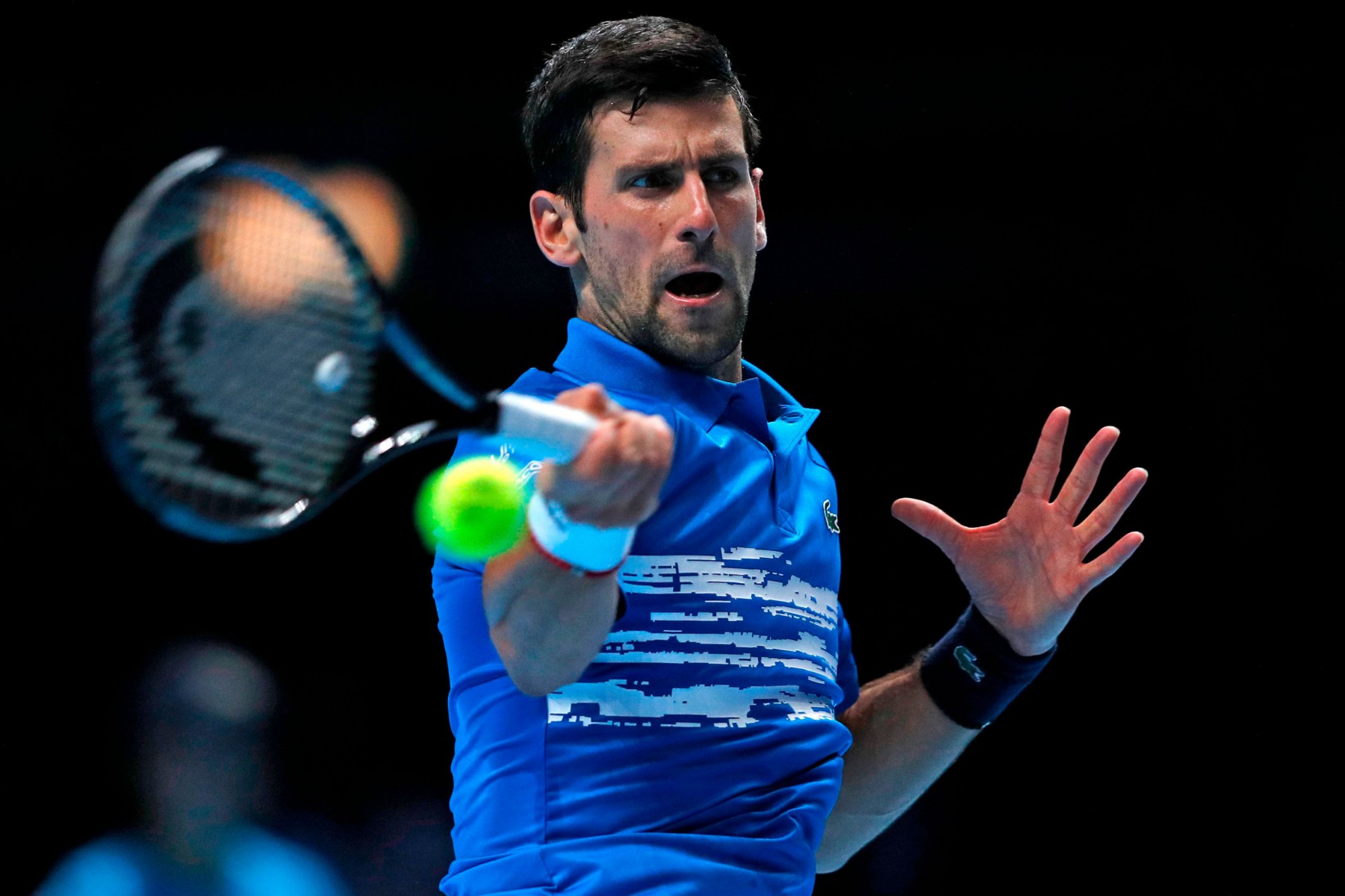 NOVAK DJOKOVIC began his campaign to finish the year as the world No.1 with a commanding opening at the ATP Finals in London.

The Serb, who was recently replaced by Rafa Nadal at the top of the rankings, was a comfortable 6-2 6-1 winner over nervous Italian Matteo Berrettini.

The Australian Open and Wimbledon champion broke Berrettini five times and only needed 63 minutes to secure the opening round-robin victory.

Djokovic won eight games in a row as he won the first set 6-2 and then took control of the second.

He was even on schedule for a bagel which would have been embarrassing for his opponent in his debut at this event but Berrettini managed at least to get one game on the scoreboard.

Djokovic, 32, said: It feels great to be back in London.

Earlier this year I had a great stay in London, and played well at Wimbledon.

Over the years I have played well in this arena and this event, which holds elite eight players.

It has been in this city for the past 10 years. Its a very successful tournament and I have enjoyed it very much.

It was not easy for him, playing in his first ATP finals match. I knew he would be nervous at the beginning. So, I tried to use my experience and tactics to perform well.

I was fortunate to get the break midway through the first set and after that I read his serve better. He has big weapons. I managed to play solidly throughout the match.

I have been enjoying the conditions and this court for many, many years.

I have been blessed to play this tournament for many years in a row and have to win it, too.

Its suitable to my style of the game. Its never easy playing a big server or any of the young guys who are big. You have to rely on your return. And I have been fortunate to have had a good return throughout my career.

Nadal, the French and US Open winner, needs to reach the final to have any chance of finishing on top of the pile for 2019.

The Spaniard, who has been nursing an abdominal injury, takes on Alex Zverev on Monday evening at the O2 Arena in his first match.