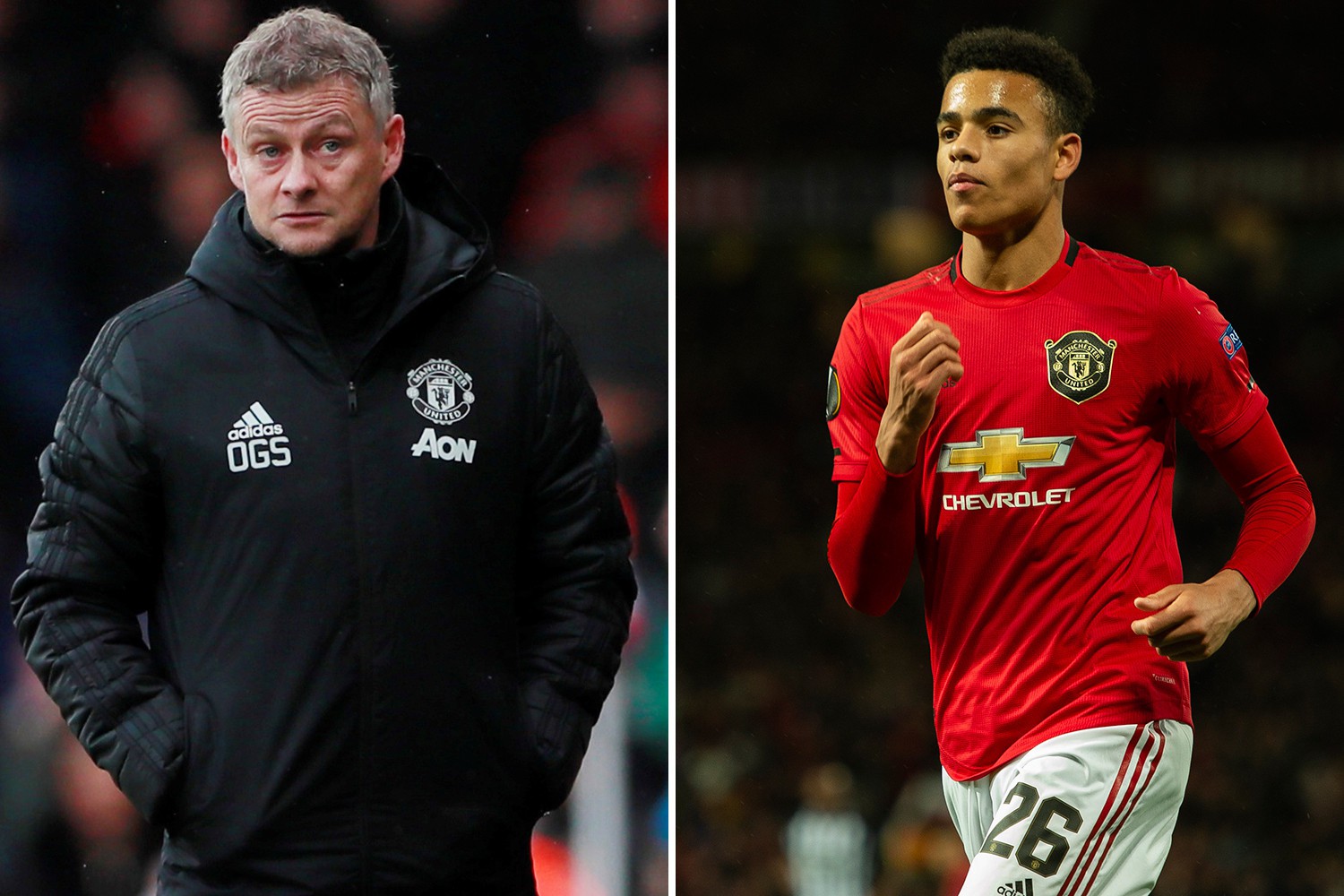 OLE GUNNAR SOLSKJAER has warned teenager Mason Greenwood to change his attitude to training if he wants to be a Manchester United regular.

Fans have been crying out for Greenwood to be played more with United struggling for goals.

But Solskjaer said: He knows why he hasnt played as much.

The reason for that is what Solskjaer has witnessed at Carrington rather than Old Trafford.

That is the reason the 18-year-old striker therefore missed a chance to step into the breach while Anthony Martial has been out injured.

Solskjaer said: He needs to learn the mans game. Hes gone up from the under 18s last year, now hes training with the first team every day and you cant just turn that switch on and off.

Youve got to perform every day if you are going to be accepted by a group like this.

If hed really stamped his authority in training every single day and been the best option he would have played every game.

In a bid to keep the young player grounded Solskjaer dropped Greenwood back into the under-23s at the end of last month for a Football League Trophy tie away to Doncaster.

He responded by scoring the last minute winner in a 2-1 victory.

Greenwood followed that up on Thursday night with the opening goal in a 3-0 win over Partizan Belgrade.

Both goals he dedicated to his recently deceased grandmother.

He now has three goals from four first team starts but they have been in the Europa League and Carabao Cup and he is yet to get a place in the first eleven in the Premier League.

Solskjaer insists that even at a time when United are crying out for goals he needs to see more evidence that the time is right for him to be a first team regular.

He is going to have a very big career, but sometimes it is not the right time to play him.

Its always been in our philosophy and my philosophy to give young players with the right attitude a chance and if that takes a couple of years for him to really, really come through, its worth it for us.

As a young boy you expect ups and downs and hes had some downs. But I think he is on his way up again.

There is plenty of praise from Solskjaer for Greenwood too.

He has described him as the best finisher in the club.

Then after Thursdays game he was asked if the young forward reminded him of Arsenal and United legend Robin Van Persie.

He is very composed with his finishing.

It is natural to him. Right foot, left foot I dont think he still knows which is the best one.

That is very difficult for defenders to defend against.

Hes doing his finishing practices in training. I can see it every day.

Then the good thing is he can do it at Old Trafford in front of a full crowd.

He doesnt get fazed by the occasion. Hes still composed.

Whether its a game with his mates in the park or a cup final he will still finish the same.

Still, he can expect to be back on the bench for tomorrows visit of Brighton.

A team that has enjoyed an upturn in fortunes of late with three wins from their last four.

He said: They have loads of footballers who are comfortable on the ball.

The last four games theyve really, really turned a corner for me and are dominating teams, controlling games. Even the defeat against Villa they were drawing that until the sending off.

The last four I count as wins for them really. Weve got to have loads of energy to go about pressing them because we cant let them be confident here at Old Trafford.