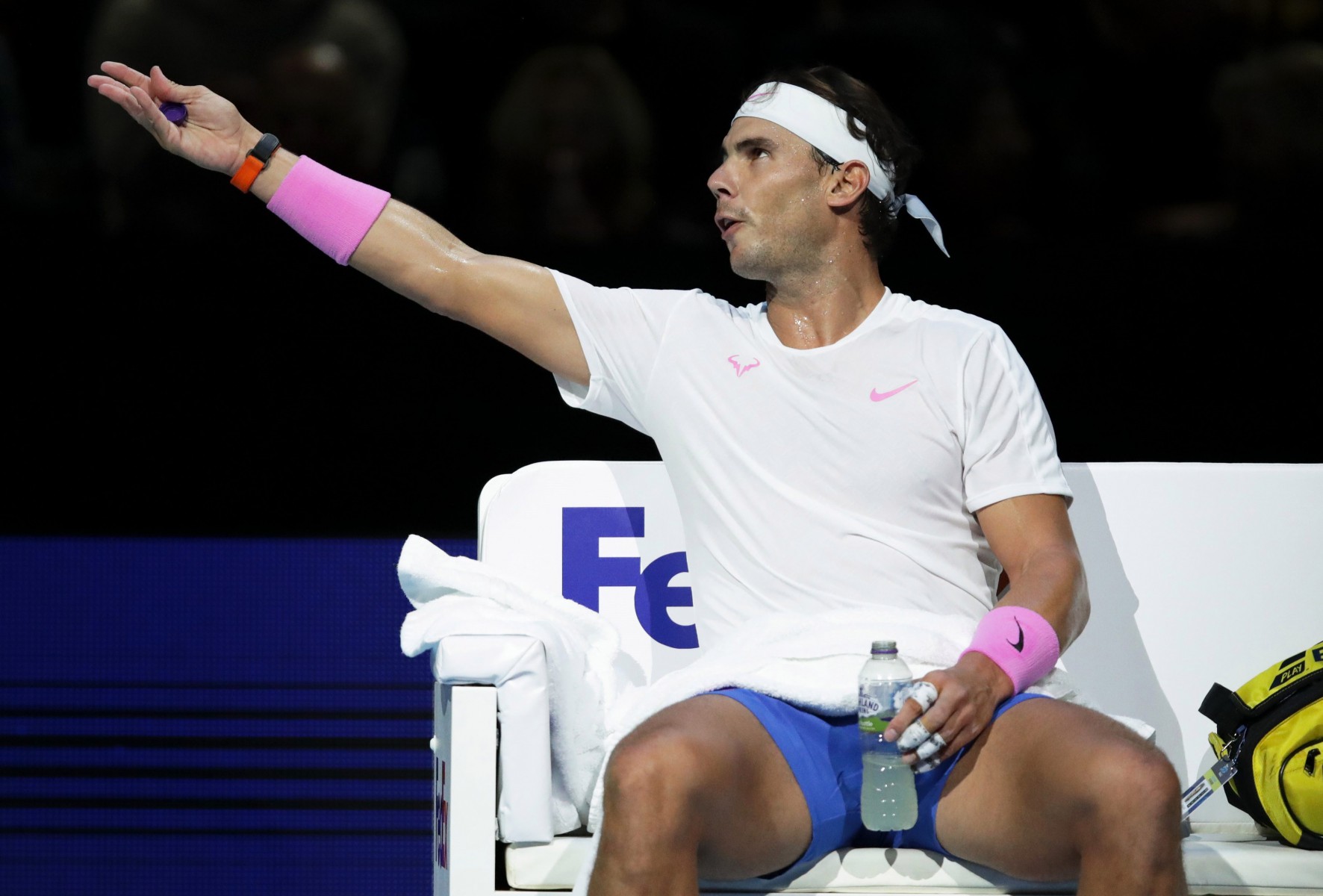 FURIOUS Rafael Nadal ranted with the chair umpire as he lost his opening ATP Finals match in London.

The Spaniard vented his fury at Ali Nili towards the end of the first set as he was battered 6-2 6-4 by the defending champion Alexander Zverev.

The French and US Open champion was unhappy the American official had called in a Zverev shot which proved to be the correct call even though he had failed to hear a line judge calling it out.

Nonetheless, this was Nadals first defeat to Zverev in six matches and the fourth time in nine appearances Nadal had lost his first round-robin match in this season-ending tournament.

It is also a huge dent to his aspirations of finishing the year ahead of Serbian foe Novak Djokovic as world No1.

Nadal was an injury doubt before arriving at the O2 with an abdominal issue sustained at the Paris Masters and was clearly not playing at his top level here.

And there was certainly no hanging about or messing around from Zverev in front of watching Tottenham and England star Eric Dier.

Within the space of 34 minutes Zverev wrapped up the first set, enjoying a double break for good measure.

It was an impressive opening from the German who was serving magnificently with his first serves averaging 138mph.

Even though it is a fast court, one of the quickest the players would have served on this year, these were still electric results on the speedometer.

Zverev, 22, broke the Nadal serve in the first game of the second set and outplayed the 33-year-old in every department. He hit 11 aces and surprisingly did not face a single break point.

The world No7 was a worthy winner and will fancy his chances of qualifying for the semi-finals from Group Andre Agassi.