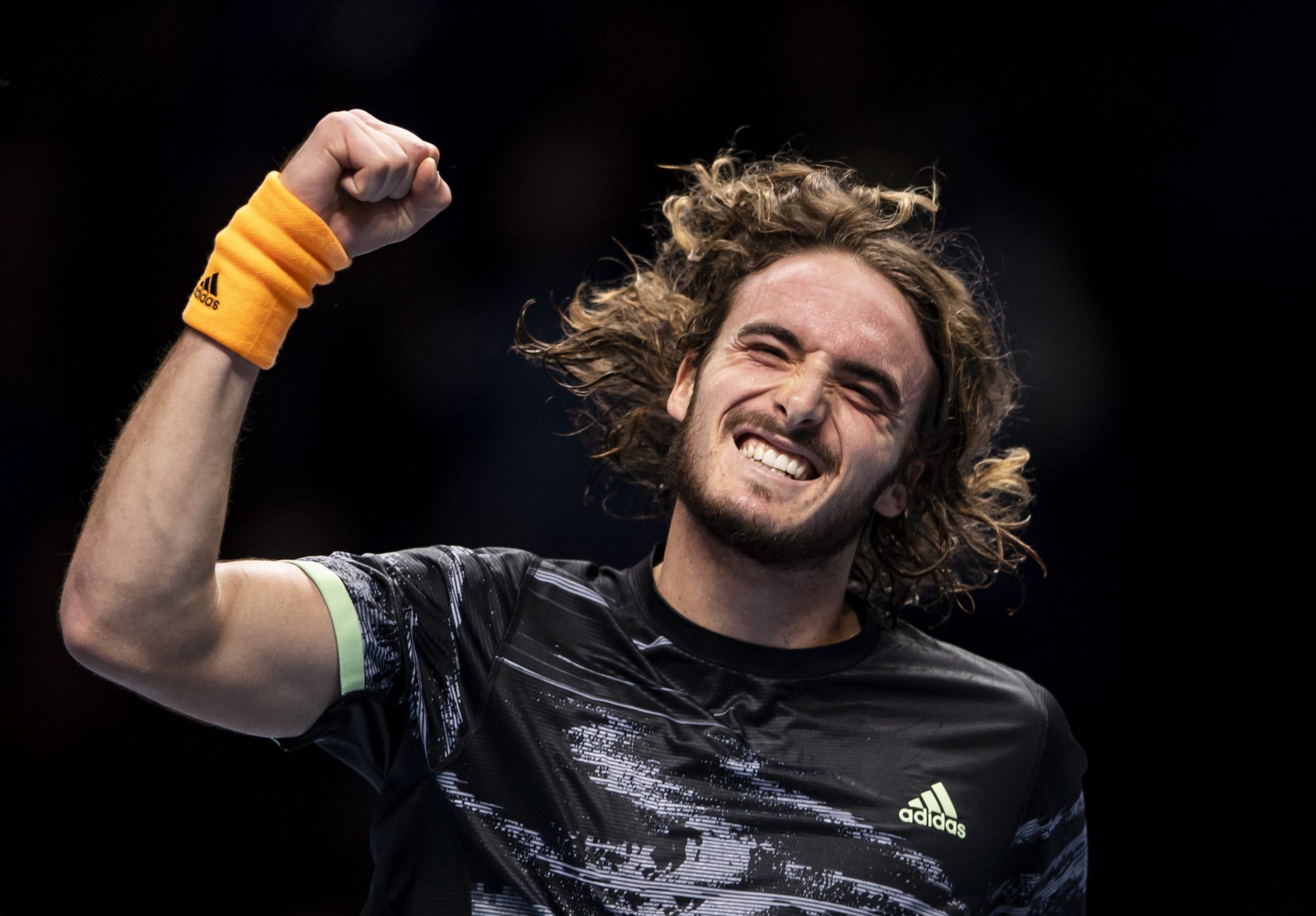 STEFANOS TSITSIPAS truly set his rivalry with Daniil Medvedev into motion – then admitted it “meant more than extra” to beat his nemesis.

The Greek world No6 was almost faultless for the entirety of the 101 minutes spent on court at the O2 Arena as he earned a 7-6 6-4 victory.

The two stars are the favourites to become the first new Grand Slam champion since 2014 and finally break the stronghold of Rafael Nadal, Novak Djokovic and Roger Federer, who have won the last 12 between them.

In Medvedev and Tsitsipas, there are all the makings for a pulsating fresh rivalry in the game.

Both have age on their side – Tsitsipas is the youngest player at the ATP Finals aged 21 and Medvedev is two years older.

Both have the talent – as they have shown this year with Tsitsipas beating all of the Big Three and Medvedev reaching the US Open final as part of an excellent run in the hard-court summer.

And there is an already a slight rift, an underlying tension between the pair dating back to their time in the juniors together but escalated over recent weeks.

To make it a proper rivalry, though, it needed Tsitsipas to get his first win over the Russian and today, at the sixth time of asking, that’s exactly what he did.

Tsitsipas said: “It means more than extra. It’s a victory that I craved for a long time now, and it’s great that it came at this moment.

“He’s a tough player. He’s a very difficult player to face. He’s not giving you an easy time when you’re out on the court. So it definitely means a lot.”

The pair clashed at the Miami Open in 2018, with Medvedev aggrieved Tsitsipas did not say sorry for a let cord during a crucial point in the third set.

Tsitsipas added: “He start telling me that I should apologise, that what I do is unsportsmanlike. I tried not to pay attention, because I knew that it was something that he wanted. Somehow it did affect me.

“After that, I don’t think I won a single game. He got into my head.

“I got p***ed but I was very frustrated that things happened this way.

“Our chemistry definitely isn’t the best that you can find on the tour. It just happens with people – it’s not that you can just like everyone.

“It’s not that I hate him. As he said, we will not go to dinner together.

“I respect him, for sure. That’s because he has been had to come a long way to where he is right now. He’s a Grand Slam finalist, so that takes a lot of respect from me to him.”

With both players making their ATP Finals debuts, they could not be separated in a tight first set as Tsitsipas failed to convert the only break point in the opener.

And the Greek managed to resist the temptation at 3-3 to escalate their feud by deliberately tag his opponent as he chased in a short ball and thundered a forehand passed – rather than at – Medvedev.

A perfectly-executed Tsitsipas volley at 5-5 in the tie-break, bang on the line after a well-crafted point, proved critical as it brought up set point on his serve and he made no mistake, closing out the first set after 54 minutes.

It was a case of more of the same in the second as the serves proved impenetrable until Medvedev fired long at 4-5 to gift his 21-year-old opponent the chance to close it out, which he duly did.

Medvedev, seeded fourth this week, admitted he was not able to replicate the level of tennis he had produced in recent months against an opponent over whom he was desperate to extend his winning streak.

He said: “He was better today, but I felt like I was missing some things. This frustrates me. I do think it would frustrate me against any other opponent.

“I hate to lose against anybody. Of course I wanted to make it even bigger head-to-head but it’s the way it was, it’s the way it is, and hopefully it will change next time.

“My general energy was not the way I wanted. And talking about energy, I’m not talking only about physical. Mentally I was missing something.”