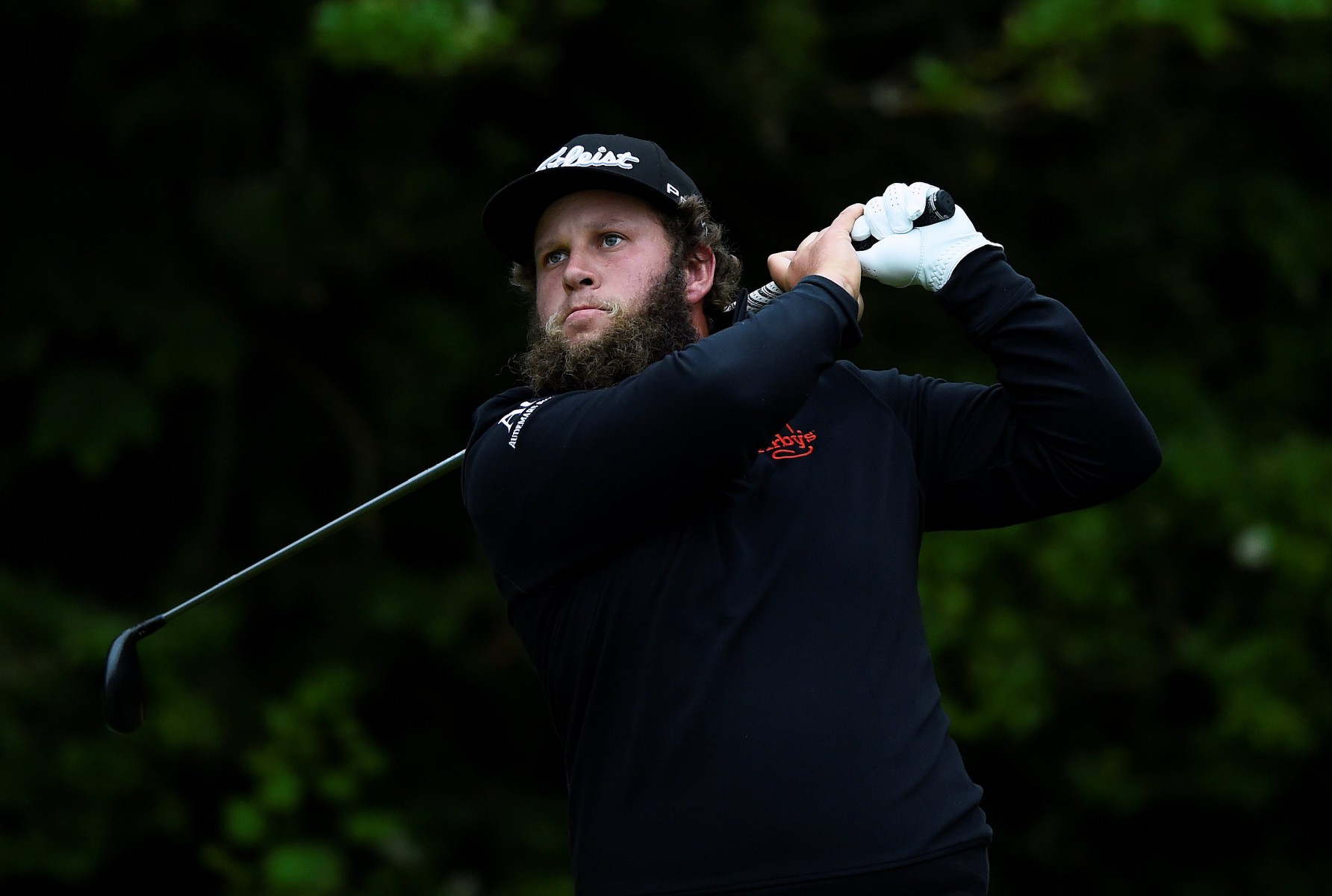 ANDREW “BEEF” JOHNSTON has opened up about his battle with mental health issues and the pain caused by his dad’s death.

The British golfer, 30, opened up to Soccer AM presenter Tubes as part of his “Foooore Hole Challenge” going into great depths about his struggles.

Johnston described himself as “miserable” and “angry” as anxiety took over his life on the golf course in a heartfelt interview.

While playing four holes with Tubes, “Beef” opened up about his battle with anxiety, saying: “I wasnt myself on the golf course.

“I was miserable, I was angry, I didnt want to be involved with the crowd, I just wanted to get away from it.

“Away from the course I was fine, we could go out and have fun, go for dinner, whatever fine.

“As soon as I started thinking about golf and even building up to a tournament, I just wanted to smash something and I was angry already before I even went to the tournament.

“Its hard to say stuff, and I didnt say stuff for ages. And then it has a knock-on effect.

“[Friends] think youre having fun, and obviously of you being that funny character all the time, people come up to you expecting that to be you.

“But ideally you want to get away and people have no idea of whats going through someones head.”

Johnston revealed talking about his problems helped, adding: “Definitely speaking about it has really helped.

“Ive always said it how it is anyway, so the reason I took time off earlier in the season was because I wasnt myself.

“So I pulled out of a load of golf tournaments last minute, I dont know why but I just couldnt be there.

“I think not knowing why, was frustrating me the most about it. Then it kind of played on my mind.

“My fiancee Jodie and helped me, and she found a psychologist and once I started to work with him, things just began to make sense after a while.

“I didnt realise after 2016, going to America in 2017 with the build-up and the amount of pressure that I put on myself was just crazy.”

Johnston recalled how putting the pressure on himself to win was becoming a real problem.

He claimed: “I was expecting to go [to the USA] and just win tournaments and youre thinking if you dont, people arent gonna like you. So much pressure.

“Then I came back after about five months and played at Wentworth and finished around 20th, 20th at The Scottish Open, mid 20s at The British Open, and I walked off the course every time just thinking: Another crap week. Another bad week. Not good enough.

“All of a sudden, my mindset had changed. They were good weeks and it was only a couple of shots for a top 10 in some of the best fields that youre going to play with the best players.

“So really, theyre good weeks, but I was looking at it like another bad week.

“I had a lot of change last year, a change of coach as well and after all then all of a sudden I was like Whats going on here, everything has just changed, and I just couldnt understand why.

“When you dig into it and think its all that pressure, it makes sense now, why I was feeling like that.

“The pressure you put on yourself never goes because thats the nature of sport, you want to compete, you want to win tournaments.

“I was worried about what people think, I felt like I fell massively in America, so all of a sudden that mindset just changed and I was just beating myself up slowly over a period of a year and a half without even realising.”

*Beef was speaking exclusively to Tubes on his YouTube channel…

**If you, or anyone you know, needs help dealing with mental health problems the Samaritans can be contacted on 116 123, or visit Minds website.