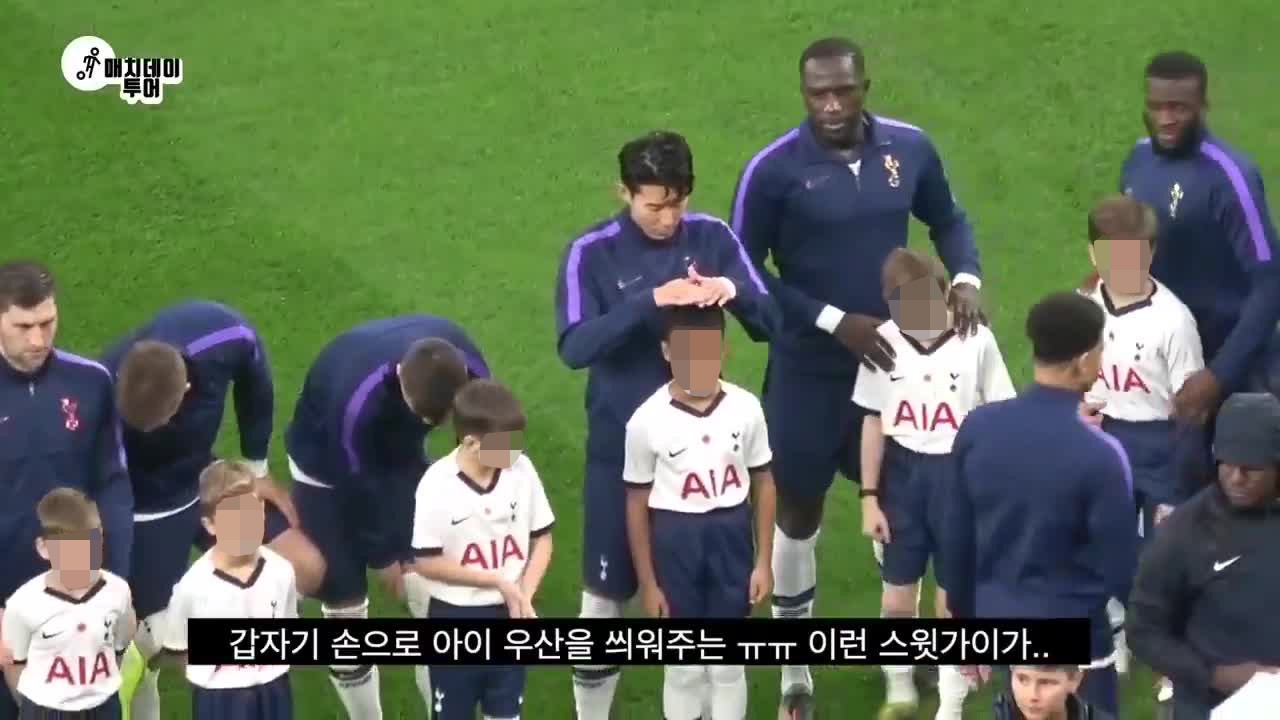 SON HEUNG-MIN has been hailed by fans for providing one of the most heartwarming Premier League moments of the season after he was spotted using his hands to protect a mascot from the rain.

The South Korean star proved he was in a class of his own after he netted his third goal in two games as Spurs drew 1-1 at home to Sheffield United.

But the real stand-out moment came before the game kicked off, with Son attempting to shelter a mascot standing in front of him from the rain.

As he clasps both hands over the youngster’s head to keep it dry, the lad looks up at the Tottenham winger and shares a touching smile.

A beaming Son returns the gesture and fans couldn’t help but shower the former Bayer Leverkusen star with praise for his act of kindness.

One supporter tweeted: “Sonny protecting his mascot from the rain. Purest soul in the world & I will not be convinced otherwise.”

Another said: “Son Heung-Min covering a mascots head from the rain, what a legend. He’s got such a pure soul and is so humble!”

A third added: “If there was a vote for nicest footballer in the world, pretty sure he would get it, love the man.”

“If your child was a mascot you’d really hope they got Son”, a fourth said.

It’s been an emotional week for the South Korean captain, who was left devastated after his tackle led to Everton ace Andre Gomes suffering a broken and dislocated ankle last Sunday.

Son publicly apologised for the accident after scoring twice in his sides 4-0 win at Red Star Belgrade on Wednesday night.

He later revealed he has sent a message to the stricken Portuguese who is recovering after undergoing surgery on his horrific injuries.

Gomes suffered the sickening injury when his right leg buckledunder him after he was caught by a sliding challenge from Son.

The shatteredSpurs striker was in tearsand had to be consoled by a member of coachs backroom team beforehe was shown a straight red card by referee Martin Atkinson.

That sending off was later rescinded by an independent panel. 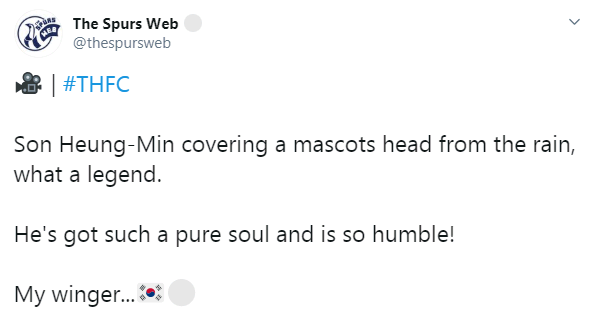