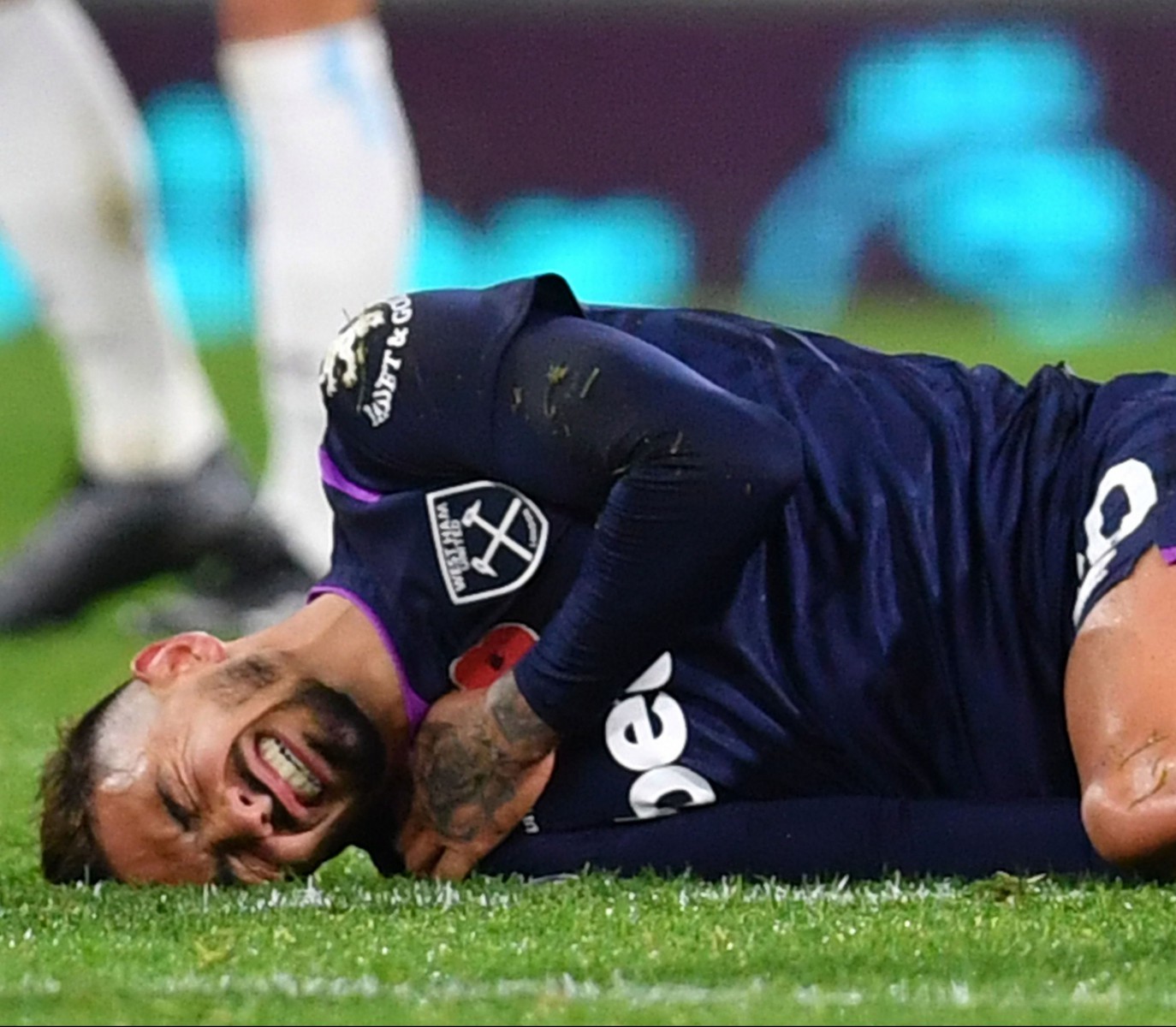 MANUEL LANZINI will be sidelined for the rest of 2019 after suffering a fractured collarbone in the 3-0 defeat at Burnley on Saturday.

The Argentine schemer fell awkwardly after being fouled by Ashley Westwood.

And after a lengthy stoppage that saw the 26-year-old require oxygen, Lanzini was carried off on a stretcher.

The West Ham playmaker has had rotten luck with injuries, having missed over six months in 2018 following a cruciate ligament injury that ruled him out of the World Cup in Russia.

And after finally managed to cement himself back into the West Ham team, disaster struck again in the freak incident.

Lanzini is yet to score for the Hammers this season, but has registered assists against Brighton, Watford and Newcastle.

He will now undergo surgery as he aims to return in the new year.

The injury capped off what was yet another miserable afternoon for West Ham.

The 3-0 defeat saw Manuel Pellegrini’s side slip to a fifth defeat in their last six games in all competitions.

This run includes the dire defeats to Everton, Crystal Palace and Newcastle in the Premier League, as well as the 4-0 Carabao Cup shocker at League One Oxford United.

The turnaround in form since they performed admirably to beat Manchester United in September has seen Pellegrini come under increasing pressure at the London Stadium.

A key aspect has been the injury to Lukasz Fabianski, with reserve stopper Roberto’s performances having been nothing short of woeful since his arrival in East London.

After the international break the Hammers, without Lanzini or Fabianski, will face fellow out-of-form London rivals Tottenham – in what could be a make-or-break match for both sides.