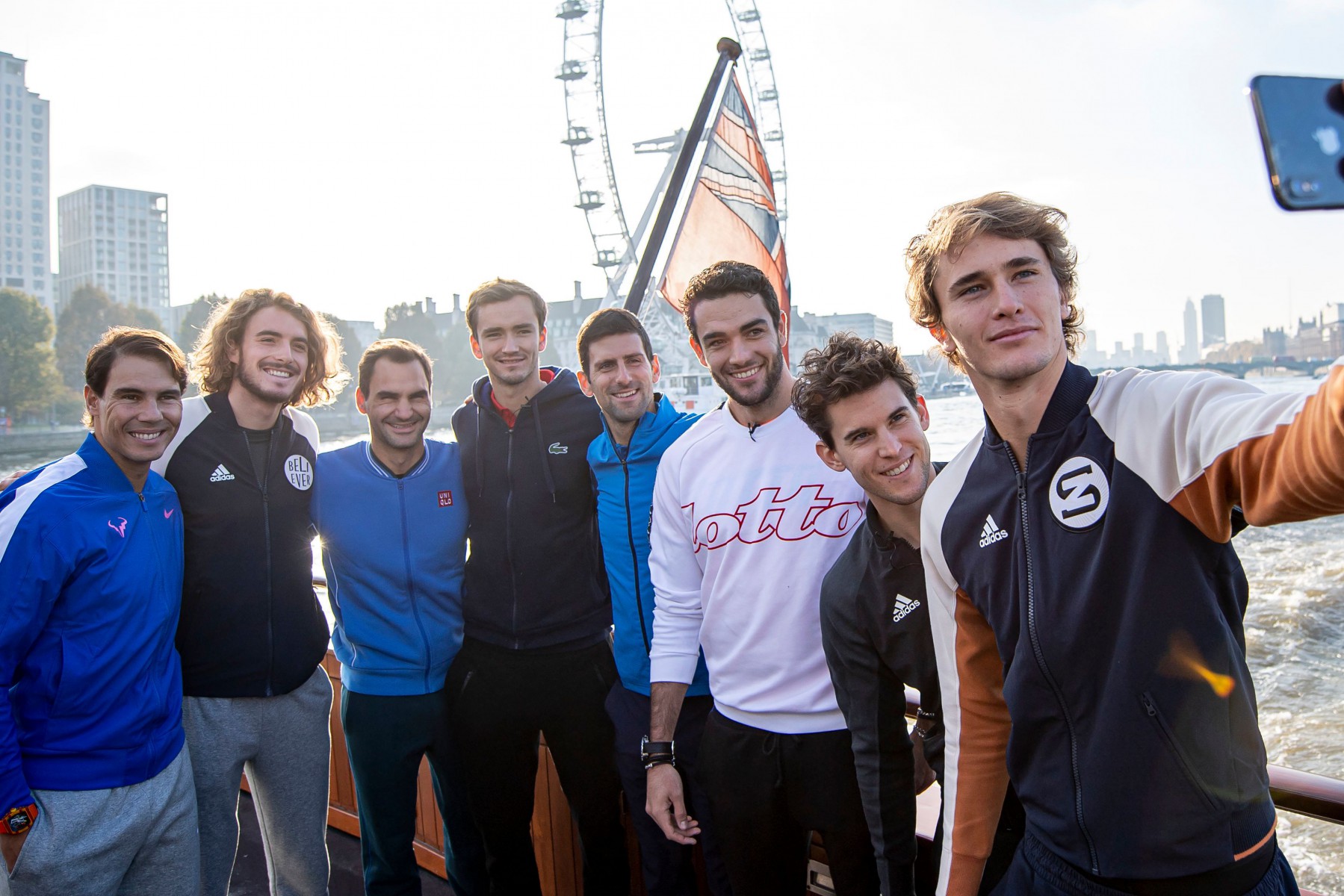 ROGER FEDERER has warned the Big Threes dominance of tennis could end in 2020 by the rise of the Next Generation.

Emotional young pretender Greek Stefanos Tsitsipas knocked idol Federer out of the semi-finals of the ATP Finals with a brilliant 6-3 6-4 victory.

It means for just the third time in 11 years at Londons O2 Arena neither Federer, Novak Djokovic or Rafael Nadal will contest the final of the season-ending event.

Those three tennis beasts have won an incredible 55 out of the last 66 Grand Slam singles titles between them since Wimbledon 2003.

And Brit Andy Murray is the only other player in the last 16 years to end the season as the world No1, with the Big Three managing the feat five times each.

Yet Federer reckons the New Year could see a possible changing of the guard, starting with the Athens Ace.

Asked if 2020 could be the breakthrough year for youngsters, the Swiss maestro said: Yes, Id think so.

Me, Novak and Rafa are healthy, healthier than maybe in previous years. But then Novak has had the elbow issue, Rafas had his knee and I had my knee and back.

Theyve proven their point this year by qualifying for the ATP Finals and by [Tsitsipas] making it to the final.

Definitely its that next step they need to take.

I look at the list of who finished World No1 and its just crazy that its always one of us. But we arent getting any younger.

While Tsitsipas should be applauded for the way he played particularly that sublime one-handed backhand Federer will kick himself for converting just one his 12 break points.

Its the third successive semi-final blowout in the season-ending event for Federer, 38, who only days ago played the perfect match against Djokovic.

Tsitsipas, 21, started 2019 by beating Federer at the Australian Open thanks to hours studying his opponent on YouTube and he will end it in similar fashion.

The world No6 said: Wow! Im so proud of myself. It was a mental struggle.

“Im really proud to save so many breaks points. I was trying not to give Roger any time.

I grew up watching Roger at these finals and in Wimbledon finals, wishing I could step out and play him.

Now Im living the dream. I remember myself being one of these kids watching the event and I couldnt picture myself being here. Dreams do come true.