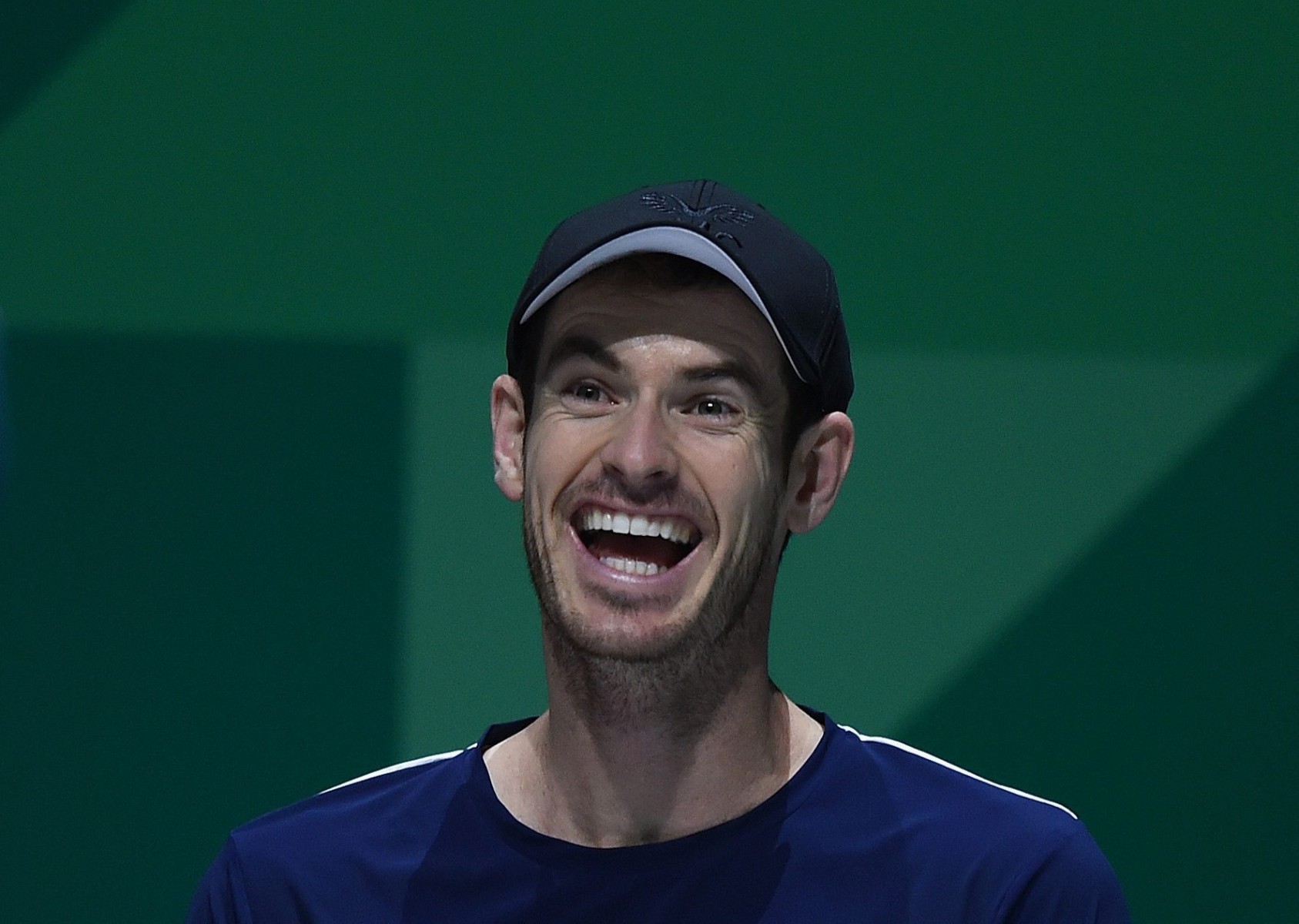 LEON SMITH reassured fans Andy Murray is in tip-top condition even though he gorged on chocolate biscuits on paternity leave.

And Britains Davis Cup captain said Murray is the missing link which could see yet another successful tilt against tennis elite.

The five-man British squad have been in Madrid since Wednesday preparing for the new, week-long Davis Cup.

Murray, 32, revealed last week he ballooned to almost 14 STONE the heaviest of his career as he and wife Kim cared for new-born Teddy.

But the former world No1 has regained peak fitness ahead of group clashes with Holland and Kazakhstan tomorrow and Thursday.

Hes had some time, quality time with his family, and the new arrival.

Naturally youll do a bit less but he has been training, very, very hard.

Well just see him get better and better.

You always need matches as well and thats important, so weve got a lot of practice sets here, a lot of volume and drilling sessions.

Murray guided Britain to glory in the Davis Cup four years ago against Belgium.

Smith said: Andy has been our leading figure for so many years and was a massive part of our team.
The bottom line is everyone looks up to Andy.

He brings a huge amount of energy, experience and quality into the team. Everyone soaks that in.

But on the other side, hes just one of the guys.

Hes still working his way back to the level he wants to get to. Hes making brilliant strides.

Smith has yet to confirm who will be GBs No1 singles player either Murray, who has dropped to 126th in the world rankings, the improved Dan Evans or Kyle Edmund.

He added: Its quite an open book for who is going to play on each day.