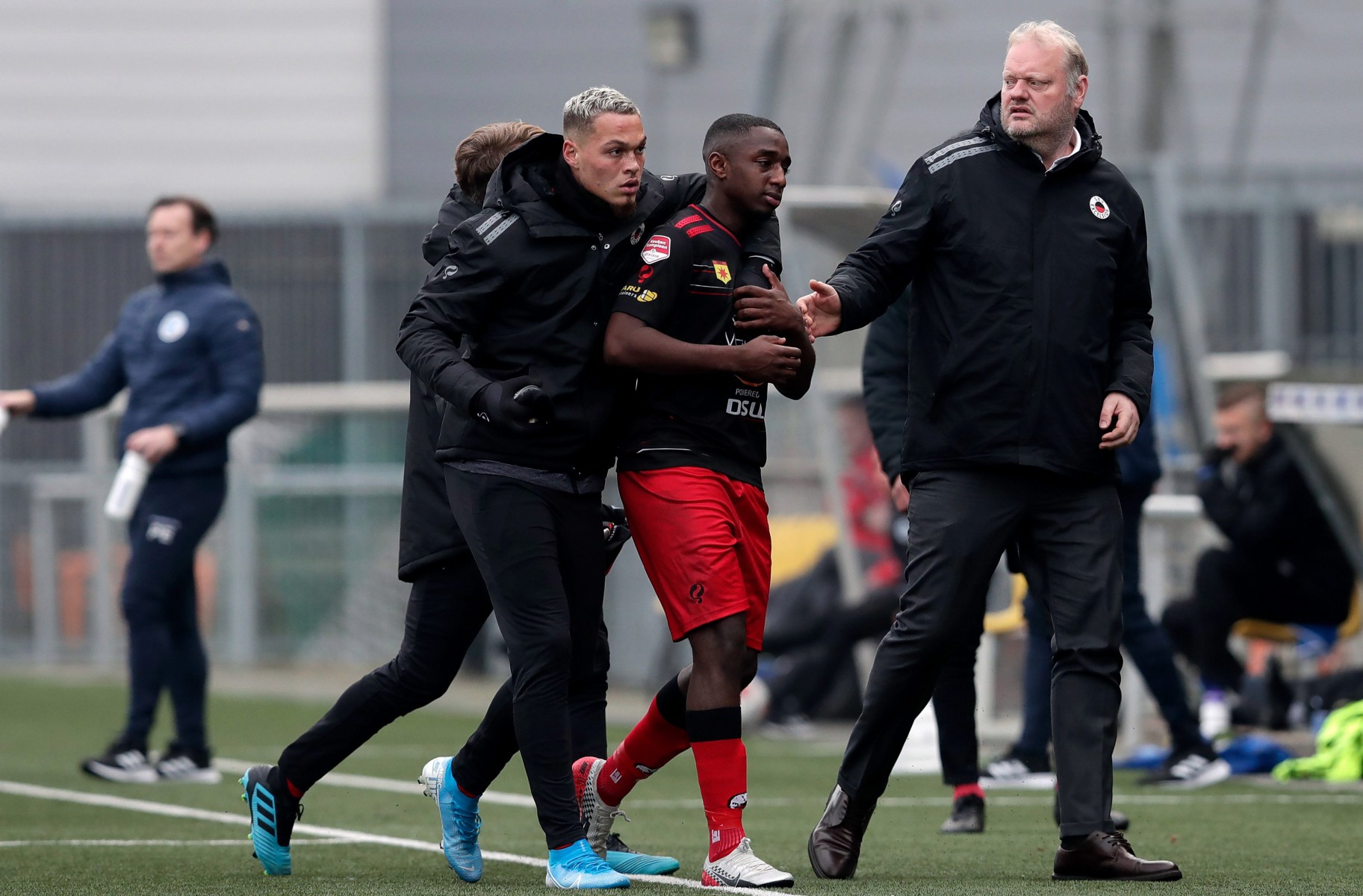 CONTROVERSY in the Dutch second division as a player left the pitch following allegedly racist abuse from opposition fans.

Ahmad Mendes Moreira was playing for Excelisor in the Eerste Divisie match at Den Bosch on Sunday afternoon.

Den Bosch fans unveiled a banner reading “We love Zwarte Piet” in reference to a Dutch blackface Christmas character that has long been at the centre of a racism storm across the country.

Local media have reported that, 28 minutes into the game, racist abuse aimed at the player prompted him to lead a furious walk-off.

The game was stopped for 10 minutes and the public address system at Stadion De Vliert called for fans to quieten down even though the hosts claimed Moreira had not been racially abused.

During the break, home supporters are said to have sung Zwarte Piet’s name – which translates into ‘Black Pete’.

RefereeLaurens Gerrets said afterwards: “I stopped the match. After consulting the dugouts, it was decided to start again. I made the choice with Excelsior – they wanted to continue.”

Danny Verbeek, Den Bosch captain, went over to the section of fans where the chants were coming from to calm matters before the game kicked off.

Joining his teammates in returning to the game, Moreira, 24, swiftly scored to make it 2-1 to Excelisor in the 3-3 draw.

In his celebration, the winger ran straight to the home stand and cupped his ears as teammates embraced him.

Den Bosch doubled down on their claim that no racist abuse had taken place with Zwarte Piet chants apparently not aimed at Moreira and the other noises put down as attempts at distracting the opposition.

A spokesperson said: “They have been doing this for years, during every game. He took it personally and became emotional.”

Speaking after the game, he told Fox Sports: “What a pathetic man? Are you sick in the head or something? He says that I am a pathetic man. Do you think we should accept this in 2019?

“I am angry and disappointed. Look, if you say ‘Excelsior’ p***y to me or whatever, I accept it. But it became personal. It started in the first minute.”

It is not the first time Den Bosch have been caught in a racism controversy, as monkey noises at AZ Alkmaar forward Jozy Altidore in 2013 made headlines.

After that incident, the American said: “These people have a problem and need help with that. I will pray for them.”

He tweeted: “Im sick and tired to see these images over and over! When is it going to stop!? KNVB, UEFA, what are we going to do? Especially with the upcoming Euros.”

Im sick and tired to see these images over and over! When is it going to stop!!? #SayNoToRacism @KNVB @OnsOranje @UEFA what we going to do? Specially with the upcoming @EURO2020 pic.twitter.com/DUt0y2h8IA